What Economics Is Not 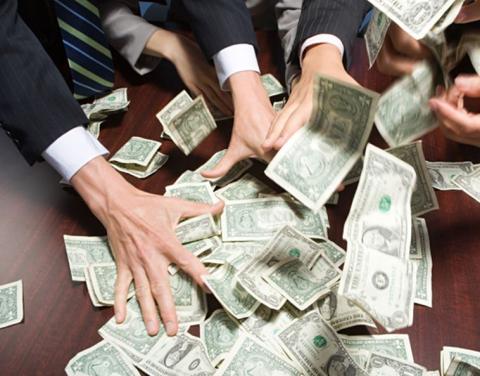 The most common misunderstanding about economics is that it is only about money and commerce. The next step is easy: I care about more than money, and so should everyone, so let's leave economics to stock jobbers and money managers and otherwise dispense with its teachings. This is a fateful error, because, as Mises says, economics concerns everyone and everything. It is the very pith of civilization

This is a confusion sown by economists themselves, who postulate something called "economic man" who possesses a psychological propensity to always behave in ways that maximize wealth. Their mathematical models, predictions, and analysis of policy are based on this idea.

In the real world, however, we know this not to be the case. The world as we know involves profit seeking but also extraordinary acts of charity, sacrifice, non-pecuniary giving, and voluntarism (though I dislike that term since all commercial exchanges are voluntary too!).

How to account for these? The Austrian approach to economics dispenses with the idea of "economic man," or rather broadens the meaning of economics to include all action, which takes place in a framework of scarcity. Scarcity requires that we economize on something in all that we do, even when wealth is not the motivation. For this reason, Austrians analyze acting individuals, not maximizing prototypes.

Why is this important? A common complaint against the free market is that it needs to be supplemented by laws that restrict the power of materialism unleashed. The market does "greed" well, people admit, but we need government to provide charity, order, law, and restraint of all sorts, as if these areas lie outside the domain of economics.

The truth is that a theoretical structure that explains stock markets but not charity auctions, chain stores but not church attendance, savings rates but not child rearing, has no claim to be a universal theory at all.

This is why this Rothbard article is so important. He defines the free market as integral to an entire theory of a free society that is ordered and developed through cooperative action of all its membership. That action is not conditioned on profit seeking only, but on the institutions of ownership, contract, and free association.

Economics, then, is a science that is rooted in a larger understanding of what used to be called the liberal order. The central claim of this understanding is that society — just like the smaller subset often called "the economy" — needs no central manager to thrive.

And just as economic structures are best managed by property owners and traders, the entire society contains within itself the capacity for self-management. Any attempt to thwart its workings through the coercion of the state can only create distortions and reduce the wealth of all.

Anyone familiar with current economics texts and journals knows that this is not the view that they promote. They are still stuck in an era where bureaucrats imagined themselves as smarter than the rest of us, where central bankers believed that they could end the business cycle and inflate just enough to cause growth but not ignite inflation, where antitrust experts knew just how big businesses should be.

But can government managers know how to manage daily decisions on production and allocation better than property owners? Can they improve on the agreements, innovations, and rules created by acting individuals? They have neither the intellectual equipment nor the incentive to do so. They are blind to the realities of our lives and incapable of doing more for us than we can do for ourselves, even if they had the incentive to do more than rob and coerce us.

How is it that the economics profession has come to overlook these points? Murray Rothbard believed it was partially due to the decline of the general treatise on economic theory, systematic books that begin with fundamentals and trace cause and effect through the whole range of human action.

These books were common in the 19th century (and we distributed books like J.B. Say's Principles, and a similar book by Frank Fetter!). Thank goodness that Mises wrote his amazing work Human Action, and Rothbard wrote his elaboration on Misesian economics in the form of Man, Economy, and State. The Mises Institute publishes both.

You know what? They are still being read, teaching each new generation of economists through the work of the Mises Institute. And not just in the United States: we receive regular progress reports from study groups in China, Latin America, Eastern Europe, and Africa. A universal theory is once again having a universal impact.