GET NEWS AND ARTICLES IN YOUR INBOXPrint
A
A
Home | Mises Library | What Drives Higher Unemployment? 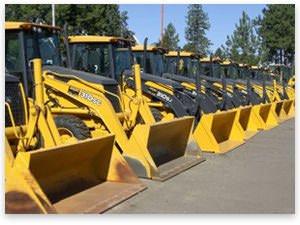 There are some continuously reappearing economic myths that can lead to serious social unrest and governmental policy errors unless they are recognized and refuted rather forcefully. The Ricardo effect is one of these. Coined over 200 years ago based on the observations of English economist David Ricardo (1772–1823), this term describes the phenomenon whereby labor is replaced by machinery, and occasionally vice versa. One example of the social unrest that can follow a misunderstanding of the normal — and beneficial! — action of the Ricardo effect is the early 19th century Luddite movement, in which workers smashed industrial machinery out of the fear that the machines were causing what is now mistakenly called "technological unemployment" in the textile mills.

Kevin D. Williamson expressed this fear in his National Review article of May 2, titled "A Nation of Sharecroppers." He pointed out that 150 years ago picking cotton was a job for slaves; 50 years ago it was a job for the rural working class; and now it is a job for a handful of very wealthy entrepreneurs driving monster John Deere cotton picking machines.

What happened to the slaves and the rural working poor? Were all of them driven to destitution? Obviously not. Nevertheless, Mr. Williamson worries that America's working poor, who he feels may not be qualified for the growing number of jobs in the new information economy, will be driven to dependency alongside the current welfare-dependent underclass. He provides no answers and ends his essay with the lament that for,

a 21-year-old man of average intelligence with a high-school education and a bit of training […] his main attractions will be the sedative of dependency or the stimulant of underclass moral anarchy, and we cannot afford much more of either.

One of my economics students traveled to India during spring break this year. Upon her return to class, I asked if she had any observations about the Indian economy from an Austrian School perspective. She thought for a moment and then said that the Indians seemed to be very inefficient. For example, instead of using a backhoe to dig ditches or build foundations, Indian contractors used dozens of men with picks and shovels. I found this to be a wonderful observation, and the class discussed possible reasons for this phenomenon, which ranged from government regulations geared to increasing employment to the obvious surplus of cheap, manual labor. My students worried that Indian contractors may get wise, buy backhoes, and force many working-class Indians into unemployment.

At the other end of the debate are labor unions that justify striking for higher pay by claiming that such actions actually encourage businessmen to invest in productivity-enhancing capital, which raises the productivity of labor and labor wage scales. They claim to be more farsighted than the companies who employ their members. All misunderstand what Ricardo observed.

Benign and Malignant Causes of the Ricardo Effect

Ludwig von Mises explains the Ricardo effect starting on page 767 of his magnum opus, Human Action. Mises explains that machinery replaces men only when the market is driving the cost of labor higher. Labor costs are rising because capital investment is making labor more productive. To remain in business, the businessman must invest in capital goods to boost the productivity of labor in his industry, too. He will do that when capital is sufficiently available.

We now see that the apparent overemployment of unskilled Indian labor is a symptom of a lack of capital. Capital accumulation is the result of increased savings. Either Indians themselves must save more, or India must allow foreign capital investment, which represents the savings of non-Indians invested in the Indian economy.

As Mises explains, a developing country has full access to technological knowledge. It is the lack of capital that prevents its application. When capital becomes more plentiful, whether by increased domestic savings or foreign investment, labor productivity will be enhanced. Then labor will have a choice among many attractive, higher paying alternative employments. In an unhampered free-market system, the Ricardo effect is benign and progressive. It is just an interesting observation.

However, the Ricardo effect turns malignant when the cost of labor is rising, not due to improved labor productivity, but due to nonmarket forces. Government regulations such as minimum-wage laws, workers'-compensation insurance, matching social-security taxes, family-leave benefits, etc., are driving costs higher. Union-inspired labor unrest has the same malignant effect.

And these are just the "seen" costs, as Bastiat would say. There are the "unseen" costs as well, such as the cost of defending oneself against claims of "wrongful termination of employment" — a new government-invented right to a specific job. Gone forever, apparently, is the concept of employment at will, whereby — absent an employment contract — jobs are "owned" by the employers, (because employers create them) and they are "offered" and withdrawn at their pleasure.

To the businessman, the labor environment appears to be the same whether it's caused by a benign or a malignant Ricardo effect; i.e., the cost of labor is rising, and he must invest (if he can afford it) in productivity-improving capital goods. Because in recent years there has been no increase in capital accumulation, many businessmen will not be able to afford to invest, and they will have to close their doors. Even if they do remain in business, the workers who are replaced by more productive machinery will face a completely different labor environment from one in which higher labor costs are driven by economy-wide enhancements in labor productivity. Workers are not being enticed away by attractive, higher paying jobs elsewhere.

High Paying, Secure Jobs — In the Regulatory and Welfare Industries

Furthermore, it is not at all clear that elevating low-end worker productivity — an outcome that Mr. Williamson hopes for but fears cannot be achieved — would reduce unemployment for those at the lower end of the wage scale. Government itself needs the unemployed in order to perpetuate its labor-regulating empire, which provides it with high paying and secure jobs. What would all those labor lawyers, judges, advocates, investigators, insurance providers, and record-keepers do if the country scrapped all labor laws? And what would happen to all the welfare administrators and caseworkers if all men were forced to be responsible and self-reliant, because government refused to enslave their fellow citizens to provide for their upkeep?

It's more likely that government will do what it has done since the Great Depression — keep raising the regulatory labor and welfare bars to provide itself with a steady supply of welfare dependents to nanny, and conmen and slackers to defend in its kangaroo courts. After all, human nature has not changed. There is a disincentive to work, which can be abetted with government payments, and government has an infinite ability to rationalize and propagandize its self-serving and predatory interventions.

So, what's the answer to this modern-day malignant Ricardo effect? As usual, it is getting government out of the free market — doing so would include not just eliminating costly labor laws but also eliminating the entire welfare industry. The idea that our nation has millions of people who cannot provide for themselves and must either ride through life on the backs of others or starve is a fallacy. All willing workers can find gainful employment, compete, and thrive without any government program or policy whatsoever. And they do not have to pick cotton by hand or dig ditches with picks and shovels.