GET NEWS AND ARTICLES IN YOUR INBOXPrint
A
A
Home | Mises Library | What Caused the Irish Potato Famine?

What Caused the Irish Potato Famine? 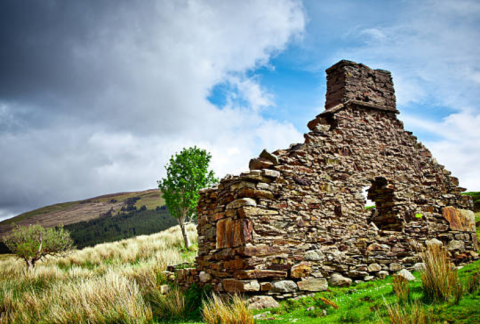 Listen to the MP3 audio version of this commentary.

British Prime Minister Tony Blair apologized for doing "too little" in response to the Irish Potato Famine of the 19th century that killed one million people and brought about the emigration of millions more. But in fact, the English government was guilty of doing too much.

Blair's statement draws attention to the question of what caused the famine. Up to now, the popular theory is that the Irish were promiscuous, slothful, and excessively dependent on the potato. As a result they died by the hundreds of thousands when a blight appeared and ruined their food source, in the midst of one of the fastest economic growth periods in human history.

Was the Potato Famine an ecological accident, as historians usually say? Like most famines, it had little to do with declines in food production as such. Adam Smith was right that "bad seasons" cause "dearth," but "the violence of well-intentioned governments" can convert "dearth into famine."

In fact, the most glaring cause of the famine was not a plant disease, but England's long-running political hegemony over Ireland. The English conquered Ireland, several times, and took ownership of vast agricultural territory. Large chunks of land were given to Englishmen.

These landowners in turn hired farmers to manage their holdings. The managers then rented small plots to the local population in return for labor and cash crops. Competition for land resulted in high rents and smaller plots, thereby squeezing the Irish to subsistence and providing a large financial drain on the economy.

Land tenancy can be efficient, but the Irish had no rights to the land they worked or to any improvements they might make. Only in areas dominated by Protestants did tenant farmers have any rights over their capital improvements. With the landlords largely residing in England, there was no one to conduct systematic capital improvements.

The Irish suffered from many famines under English rule. Like a boxer with both arms tied behind his back, the Irish could only stand and absorb blow after blow. It took the "many circumstances" of English policy to create the knockout punch and ultimate answer to the Irish question.

Free-market economist J.B. Say was quick to note that the system of absentee landlords was deplorable. He accurately diagnosed this cause and grimly predicted the disastrous results that did follow. He sadly relayed the suggestion of a member of Parliament that the seas swallow up the Island of Erin for a period long enough to destroy everything on it.

The Malthusian law of population is sometimes used to explain away English guilt. Here the Irish were viewed as a promiscuous bunch that married young and had too many children. Malthus himself considered the Irish situation as hopeless. The Irish then paid for their sins via the starvation and disease that the famine wrought.

Were the Irish such a promiscuous bunch? The population of Ireland was high and the island had become densely populated after union with Great Britain in 1801. Part of this population growth can be attributed to basic economic development as population was also increasing rapidly in England and elsewhere in Europe.

In fact, the Irish population was only growing slightly faster than the English population and was starting from a much smaller base. But why was it growing faster? The answer lies in the fact that England had placed Ireland in an unusual position as the breadbasket for the Industrial Revolution.

The British Corn Laws were designed to protect local grain farmers from foreign competition. In 1801, these laws were extended to Ireland. The laws not only kept prices high; they protected against falling prices in years of plenty. The main beneficiaries of this protectionism were the English absentee landlords of Ireland, not the Irish.

The Irish people were able to grow large quantities of nutritious potatoes that they fed their families and animals. Landlords benefited from the fact that the potato did not deplete the soil and allowed a larger percentage of the estate to be devoted to grain crops for export to England.

Higher prices encouraged the cultivation of new lands and the more intense use of existing farmlands. A primary input into this increased production was the Irish peasant who was in most cases nothing more than a landless serf. Likewise, the population growth rate did slow in response to reduced levels of protectionism in the decade prior to the Famine.

This artificial stimulus to the Irish population was secure with English landlords in control of Parliament. However, English manufacturers and laborers supported free trade and grew as a political force. With the agitation of the Anti-Corn Law League, the Whigs and Tories agreed in 1845 to reduce protectionist tariffs and the Corn Laws altogether by 1849. The price of wheat plummeted in 1847 ("corn" being British for grains, especially wheat, the prime grain protected under the Corn Laws), falling to a 67-year low.

Repeal drastically impacted the capital value of farmland in Ireland and reduced the demand for labor as Irish lands converted from grain production to pasture. It should be clear that while free trade did bring about these changes, the blame for both stimulating prefamine population growth and the subsequent depopulation (the Irish population did not recover until 1951 and net emigration did not end until 1996) rests with English protectionism and the Corn Laws.

These price shocks made a population decline inevitable. As emigration became a viable option, many Irish decided to take the long and dangerous journey to the New World rather than the ferryboat to the factories of England.

Let us now take a look at the so-called laissez-faire approach that the English applied to the famine and for which Tony Blair apologized. This is important because it forms the backbone of the case that the free market cannot address famine and crisis (also that the IMF and FEMA are all the more necessary today).

Far from allowing the market to work, England launched a massive program of government intervention, consisting mainly of building workhouses, most completed just prior to the onset of the Famine.

Earlier, the Irish Poor Inquiry had rejected the workhouse as a solution to poverty. In the report, Archbishop Whately — attacked today for his free-market stand — argued that the solution to poverty is investment and charity, but these "radical" findings were rejected by the English who threw out the report and appointed George Nicholls to write a new one.

The workhouses, an early version of New Deal make-work programs, only made the problem of poverty worse. A system of extensive public works required heavy taxation on the local economy. The English officials directed money away from projects that would increase productivity and agricultural output into useless road building.

Most of these roads began nowhere and ended nowhere. Worse yet, the policy established by Sir Charles Trevelyan to pay below-market wages, which you can well imagine were pretty low, meant that workers earned less in food than the caloric energy they typically expended in working on the roads.

The British government opened soup kitchens in 1847 and these were somewhat successful because they mimicked private charity and provided nutrition without requiring caloric exertion or significant tax increases. But the kitchens were quickly ended. Next came a return of the workhouses, but again they could not solve the problem of poverty and hunger. In the summer of 1847, the government raised taxes, a truly callous act.

In addition to the fundamental failure of the government programs, workhouses, public works, and soup kitchens tended to concentrate the people into larger groups and tighter quarters. This allowed the main killer of the Famine — disease — to do its evil work.

Fewer Irish people had died in the numerous past famines; indeed, the potato blight did not severely afflict most of Europe. What was different in Ireland in the 1840s? The Irish Poor Law crowded out private charity. In previous famines, the Irish and English people had provided extensive charity. But why donate when the taxpayer was taking care of the situation? The English people were heavily taxed to pay for massive welfare programs. The Irish taxpayer was in no position to provide additional charity.

Reports concerning English policy towards genuine charity are hard to ignore. One account had the people of Massachusetts sending a ship of grain to Ireland that English authorities placed in storage claiming that it would disturb trade. Another report has the British government appealing to the Sultan of Turkey to reduce his donation from £10,000 to £1,000 in order not to embarrass Queen Victoria who had only pledged £1,000 to relief.

Other factors played a role. The Bank Act of 1844 precipitated a financial crisis created by a contraction of money as a more restrictive credit policy replaced a loose one. Taken together these factors support John Mitchel's accusation that "the Almighty sent the potato blight but the English created the Famine."

Did the English create the Famine on purpose? This was after all an age of revolution, and the Irish were suspected of plotting yet another revolt. The "Irish Question" was of major importance and many Englishmen agreed with Trevelyan that God had sent the blight and Famine.

Ultimately, the question of blame is not as important as the question of cause. Even more importantly, the Famine is a source of great economic errors, such as the claim that famines are the fault of the market and free trade, and that starvation results from laissez-faire policy. Even Karl Marx was heavily influenced by events happening in Ireland as he wrote in London.

Ireland was swept away by the economic forces that emanated from one of the most powerful and aggressive states the world had ever known. It suffered not from a fungus (which English scientists insisted was just excessive dampness) but from conquest, theft, bondage, protectionism, government welfare, public works, and inflation.

As an American, I am hardly one to consider Mr. Blair's apology. However, if the apology had been for causing the Famine and for the welfare policies that made it so deadly, it would have much more to recommend it.