GET NEWS AND ARTICLES IN YOUR INBOXPrint
A
A
Home | Mises Library | What Can the Law of Diminishing Marginal Utility Teach Us?

What Can the Law of Diminishing Marginal Utility Teach Us? 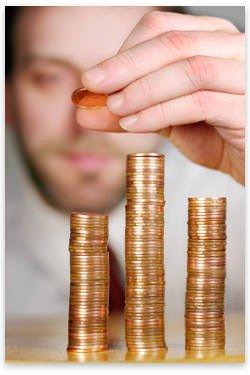 The law of diminishing marginal utility is at the heart of the explanation of numerous economic phenomena, including time preference and the value of goods; and it also plays a crucial role in showing that socialism is economically and ethically inferior to capitalism.

The law of diminishing marginal utility, as developed by Carl Menger (1840–1921), is axiomatic in nature; that is, it is irrefutably true. In mainstream economics, however, this fundamental economic law is typically interpreted as resting on psychology, namely the law of satiation of wants.

Such an interpretation, however, does not actually conceive the law of diminishing marginal utility as a fundamental economic law — which has truth value irrespective of time and place — but as a fleeting explanation of certain economic phenomena, which may or may not hold in a given situation.

Given the importance of the law of diminishing marginal utility for economic theory and policy, it is important to keep advertising that the law of diminishing marginal utility is irrefutably true — because it follows from the axiom of human action. For ignoring this truth leads to fallacious and erroneous conclusions, and eventually to false economic theory and economic policies.

The Axiom of Human Action

Ludwig von Mises (1881–1973) reconstructed economics as an axiomatic science, which he called praxeology: the science of the logic of human action. The central element of praxeology is the axiom of human action.[1]

To start with, an axiom is a (set of) proposition(s) presumed to be true on the basis of logical necessity; it serves as presenting different subject matters as formal and coherent theories, all of which are propositions which can be deduced from the axiom. For instance, Pythagoras's theorem is deducible from the axioms of Euclidian geometry.

Further, the axiom of action is derived from human reflection: it is independent of experience. This is because one cannot observe humans making an action per se. In order to know what "action" means, one has to know what action is — which implies that knowledge about action exists prior to action.

The Law of Diminishing Marginal Utility

The law of diminishing marginal utility can be logically deduced from the axiom of human action. To show this, let us start with some remarks on utility.

Utility is a subjective concept. It denotes "satisfaction" (or "happiness" or "contentment"). It rises if and when an individual increases his or her state of satisfaction. Conversely, if and when someone considers himself in a worse state of affairs, his utility decreases.

What is more, utility is an ordinal concept, meaning that utility cannot be measured in terms of higher or lower utility from the viewpoint of an individual; and changes in utility among different people cannot be measured. All one can say is that utility is higher or lower from the viewpoint of an individual.

Rothbard explained why this is:

In order for any measurement to be possible, there must be an eternally fixed and objectively given unit with which other units may be compared. There is no such objective unit in the field of human valuation. The individual must determine subjectively for himself whether he is better or worse off as a result of any change.[2]

These two dimensions of the law of diminishing marginal utility follow directly from the axiom of human action; they can be logically deduced from it, and they do not in any way depend on psychology or any behavioral assumption. This will be shown in what follows.

The A Priori Nature of the Law of Diminishing Marginal Utility

A priorism denotes a theory that yields true propositions without the need to take recourse to empirically derived knowledge: its truth value can be established a priori, independent of (sensual) experience.

Praxeology, resting on the axiom of human action, asserts something about reality and can be validated without taking recourse to experience; it is an a priori science. Furthermore, the law of diminishing marginal utility follows logically from the irrefutably true axiom of human action, and as such it is also a priori true; this conclusion doesn't have anything to do with psychology.

To show this, we must remind ourselves of the obvious and less-obvious implications of the axiom of human action.

The axiom of human action implies that humans act, and that human action is purposeful, aiming at certain ends. Human action is distinguishable from those types of human behavior that are purposeless or purely reflexive. To assume the contrary would result in an insoluble intellectual contradiction.[4]

The axiom of human action implies substituting a more satisfactory state of affairs for a less satisfactory one. For if there were perfect contentment (and thus full satisfaction), no human action would result — which is, as noted earlier, unthinkable.

Because means are scarce — with respect to the ends that they could possibly serve — they must therefore be economized. As a result of scarcity, the actor has to allocate scarce means to serve the most desired ends, and so certain ends will have to remain unsatisfied. From this it follows that the larger the supply of means is, the more ends can be satisfied.

As means are scarce, human action implies that individual actors must rank their alternative ends. Human action is therefore indicative of judgment and valuation — or, as Rothbard said, demonstrated preferences: the highest-ranking ends are those which the actor values most highly.

Against this backdrop it becomes obvious that the law of diminishing marginal utility follows from the axiom of human action.

First, given the supply of a good, a rise in the supply of the good leads to a decline in the marginal utility of the unit: the more goods are available, the more of the less-urgent ends can be satisfied. People thus value goods at the margin: If, for instance, someone has to give up one of his goods serving the fulfillment of his ends, he will give up the lowest ranking end, that is, the marginal unit. It is the latter that determines the good's valuation from the viewpoint of the actor.

In treating marginal utility we deal neither with sensuous enjoyment nor with saturation and satiety. We do not transcend the sphere of praxeological reasoning in establishing the following definition: We call that employment of a unit of a homogeneous supply which a man makes if his supply is n units, but would not make if, other things being equal, his supply were only n-1 units, the least urgent employment or the marginal employment, and the utility derived from it marginal utility. In order to attain this knowledge we do not need any physiological or psychological experience, knowledge, or reasoning. It follows necessarily from our assumptions that people act (choose) and that in the first case acting man has n units of a homogeneous supply and in the second case n-1 units. Under these conditions no other result is thinkable. Our statement is formal and aprioristic and does not depend on any experience.[5]

Three Applications of the Law of Diminishing Marginal Utility

Finally, let us consider three economic aspects in which the irrefutably true law of diminishing marginal utility plays an important role — something, however, that is all too often ignored by mainstream economics. Such faulty economics thereby support — intentionally or unintentionally — destructive policies. 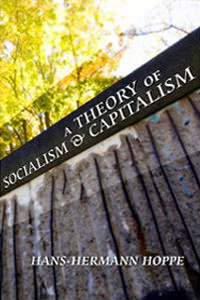 Violations of individual property rights thus raise peoples' time preference, increasing consumption at the expense of savings and investment, thereby reducing (or even reverting) the pace of capital accumulation. An interventionist-socialist societal order will therefore necessarily lead to impoverishment relative to a free market societal order, in which there are no systematic violations of individuals' property rights.

[3] See in this context Rothbard, M. N. (1959), "Towards a Reconstruction of Utility in Welfare Economics," originally published in On Freedom and Free Enterprise: The Economics of Free Enterprise, May, Sennholz, H. F., ed., Princeton, N.J: D. Van Nostrand, 1956; reprinted in The Logic of Action One: Method, Money, and the Austrian School by Murray N. Rothbard, London: Edward Elgar, 1997, pp. 211–255.

[4] Mises, L. (2007 [1957]), Theory and History, Ludwig von Mises Institute, p. 3, notes: "it would simply be silly to deny the fact that man manifestly behaves as if he were really aiming at definite ends. Thus the denial of purposefulness in man's attitudes can be sustained only if one assumes that the choosing both of ends and of means is merely apparent and that human behavior is ultimately determined by physiological events which can be fully described in the terminology of physics and chemistry.

Even the most fanatical champions of the 'Unified Science' sect shrink from unambiguously espousing this blunt formulation of their fundamental thesis. There are good reasons for this reticence. So long as no definite relation is discovered between ideas and physical or chemical events of which they would occur as the regular sequel, the positivist thesis remains an epistemological postulate derived not from scientifically established experience but from a metaphysical world view."