GET NEWS AND ARTICLES IN YOUR INBOXPrint
A
A
Home | Mises Library | Welfare, Minimum Wages, and Unemployment 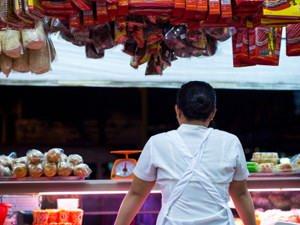 Of the various flavors of government interventionism in our lives, the minimum wage is perhaps the most welcomed. It appeals not only to our innate sense of “fairness” but also to our self-interest. Its allure may erroneously lead us to the conclusion that because “it is popular,” ergo “it is right.”

The more astute proponents of the minimum wage, however, immediately point to the obvious; namely, that an extreme minimum wage ($1,000 per hour) would be unequivocally detrimental. However, the proponents quickly turn to dismissing this fear by asserting that, empirically, no such job loss occurs when the minimum wage is slowly raised. This is akin to arguing that although fire can boil water, a small fire won’t heat it up. The support for this assertion is the oft-cited 1994 study by Card and Krueger1 showing a positive correlation between an increased minimum wage and employment in New Jersey. Many others have thoroughly debunked this study and it is significant that the original authors eventually retracted their claims.2

The problem with such “studies” that purport to demonstrate only positive and no negative effects from a rising minimum wage is that it is quite easy to count individuals whose pay went up. What is more challenging, if not impossible, is to count the people that would have been hired but were not. Likewise, offsetting reductions in non-monetary compensation will not show up in a monetarily-focused analysis.

However, empirical economic data is not entirely useless. Such data is more suited to qualitative rather than quantitative predictions (who is affected rather than how much they are affected). For example, basic economics predicts that a minimum wage will necessarily increase unemployment among those with the least experience. Indeed, if we look at the empirical evidence we see exactly that. Looking at the data from the Bureau of Labor Statistics we find that the unemployment rate (June 2013) among 16-19 year olds is 24 percent and among 20-24 year olds it is 14 percent.3 These values far exceed the unemployment rate (6 percent) of those workers with sufficient experience and skills to make them largely immune to minimum wage pay scales, namely 25-54 year olds. People whose productive value is less than the minimum wage are de facto unemployable. They are denied the opportunity to gain experience and skills, and their exclusion from the job market is a net loss to society.

The minimum wage is just another weapon in the arsenal of the misguided progressive trying to “help” the poor. Their mistake in wielding this weapon is in presuming all workers are similarly situated; i.e., that the vast majority of hourly employees earn minimum wage and that they are uniformly composed of heads of households. In fact the opposite is true. Only 2.1 percent of hourly employees earn minimum wage and of that number over half (55 percent) are 16-24 years old.4

How Welfare Brings Down the Asking Wage

So, we know that a sizable number of minimum-wage earners are not in need of a wage that can support a household. But what of the minimum-wage earners who are? We are told repeatedly that minimum wage is not a living wage, so why are not more minimum wage earners simply starving to death? In reality workers earn two wages: one from their employer and one from the state. For example, someone making the current full-time minimum wage earns $15,000 per year, but they are also eligible for additional government benefits that bring their total remuneration to approximately $35,000 per year if they are childless, or up to $52,000 year if they have children.5 In fact, earning more does not necessarily help one wean himself off this state sponsored support. As wages rise assistance can often decline so precipitously that even earning $1 more can mean a loss of thousands of dollars in aid. This creates a disincentive for the worker to improve and earn more; the perverse incentive here is that we are rewarding the very thing we are trying to eliminate (low wages). These wage subsidies serve only to pervert the normal incentives present in an exchange between employer and employee. Both the employer and the employee are aware of the subsidies, so each is willing to offer less and accept less rather than demand more and offer more.

At first blush one might conclude the employer is making out like a bandit. But there is no free lunch — the subsidies have to come from somewhere. Taxes fund these subsidies. So the employer is not necessarily paying less if its taxes fund the very subsidies its employees are receiving. In fact many employers pay more on net. All employers pay taxes, but only some receive the benefit of subsidized wages. This is a net redistribution from one class of company to another. In essence we are forcing high wage companies to pay low wage companies to keep their wages low.

So considering that it is established that minimum wage laws and other forms of wage subsidization are detrimental to the stated goal of improving conditions for those regarded as poor, we must address the question perennially proffered by those who believe one’s salvation can only come via the state: “If not the minimum wage, what then can increase wages?” To answer this question we must understand there are only two possible routes to improving our wages/standard of living. The first method is the unethical route of using force (government) to extract what we want.

The second method, however, is what every rational person would be left with were there no state influence corrupting the incentives that drive their decision-making: improve or augment one’s skills so that they align with those skills currently in greater demand.

Self-improvement through education and/or work experience is the answer to the question: how do I earn more? Government sponsored interference in the market that results in fewer people gaining experience can only serve to frustrate one’s ability to engage in self-improvement. Elimination of the minimum wage is a necessary, although insufficient, first step to improving the economic value of the inexperienced or unskilled.

Gregory Morin is CFO of Seachem Laboratories, Inc., in Madison, Georgia.  He holds a Ph.D. in Chemistry from the University of Notre Dame, and has over 24 years experience working at the intersection of the entrepreneurship/business world and the regulatory world. Greg serves as an advisor to the Mises Institute's Economics for Business program, and also writes at Porcupine Musings.