GET NEWS AND ARTICLES IN YOUR INBOXPrint
A
A
Home | Mises Library | We Need Actual Free Trade, Not the TPP

We Need Actual Free Trade, Not the TPP 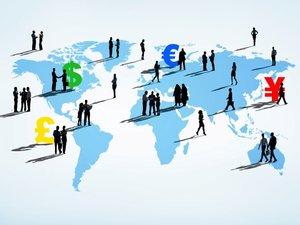 Brendan Nyhan at The New York Times seems to be under the impression that the Trans Pacific Partnership (TPP) has something to do with free trade. Nyhan writes that the TPP

is the latest step in a decades-long trend toward liberalizing trade — a somewhat mysterious development given that many Americans are skeptical of freer trade.

But Americans with higher incomes are not so skeptical. They — along with businesses and interest groups that tend to be affiliated with them — are much more likely to support trade liberalization.

Nyhan is probably correct that much of the population — especially the part that’s never studied economics — is against the lowering of trade barriers. After all, much of the population is wed to ancient ideas of mercantilism which views trade with foreign countries as a zero-sum game in which anything that benefits foreigners must be harmful to “us.” As Henry Hazlitt wrote with exasperation in Economics in One Lesson, “popular thought ... in everything connected to international relations, [has] not yet caught up with Adam Smith ...”

Nyhan is apparently deeply confused, however, since he equates the Trans Pacific Partnership with “trade liberalization.” In fact, the TPP is not about any type of liberalization, but is about centralizing political power. The TPP will further transfer the negotiation and implementation of trade policy into the hands of a small number of global regulators and bureaucrats, while further reducing the prerogatives of Congress and state legislators in the US. Indeed, citizens of all twelve member nations of the TPP will see trade policy become more remote and unknowable thanks to the TPP. And, since trade is but one small part of the agreement, we can expect a further shift toward opaque and authoritarian global decision making on everything from environmental policy to the internet to immigration.

There is no denying that the secret negotiations among unelected elites appointed by TPP members may result in the lowering of trade barriers for selected friends of the global regulators. This cronyist system of rewards and punishments for global favorites, however, should most certainly not be confused with free trade.

Real Free Trade is About Decentralization of Power

Full-blown free trade is about total decentralization in trade policy. In a country that enjoys free trade — that is, a country that has implemented unilateral free trade — it is fully up to the individual consumer and entrepreneur as to whether or not he wishes to do business with foreign suppliers. Under such a system, a baker who must buy delivery trucks and flour for his business can choose whether or not he will obtain his supplies from foreign or domestic suppliers. In most cases, he will choose the most economical option, and the marketplace will reflect this reality.

Trade agreements like the TPP and NAFTA, on the other hand, leave these decisions not up to individual citizens, but to government regulators and negotiators who make decisions in the interest of the state and its favored special interests.

Because of this, any agreement that threatened to implement true free trade would pose a significant threat to the status quo which greatly favors powerful special interests over the interests of small business owners and ordinary consumers. As Murray Rothbard pointed out:

If authentic free trade ever looms on the policy horizon, there’ll be one sure way to tell. The government/media/big-business complex will oppose it tooth and nail. We’ll see a string of op-eds “warning" about the imminent return of the nineteenth century. Media pundits and academics will raise all the old canards against the free market, that it’s exploitative and anarchic without government “coordination.” The establishment would react to instituting true free trade about as enthusiastically as it would to repealing the income tax.

In truth, the bipartisan establishment’s trumpeting of “free trade” since World War II fosters the opposite of genuine freedom of exchange. The establishment’s goals and tactics have been consistently those of free trade’s traditional enemy, “mercantilism” — the system imposed by the nation-states of sixteenth to eighteenth century Europe.

Capitalizing on Fear of Freedom in Trade

Unfortunately, it would likely be very easy for the media and business and political elites to turn the population against any move toward genuine free trade.

Concerned only with what they see in their own industries and not with the unseen benefits to others, special interest groups such as workers and owners in domestic industries will seek to use the coercive power of government to their own benefit.

By resorting to the violence of the state to control trade and crush the competition, what these groups are saying is people should not be able to freely choose what products and services they want. “We reserve the right to dictate to others what their choices should be,” is the position of the protectionist.

They are no different from taxi drivers who seek to crush Uber or native workers who seek to increase their own wages by legally sanctioning employers who hire immigrant labor.

For an illustration of the real effects of protectionist trade policy, we could look to the plight of any small business person who seeks to lesson his costs in the pursuit of making a living. Take an entrepreneur, for example, who finds there is a need in his city for more lawn and garden maintenance services. He or she then seeks to find the lowest-priced and most-reliable lawn mowing machines he can. He knows that the lower he can keep his costs, the lower his own prices will be. Or, if competition is light, he will be able to make more profit and hire more employees.

Ready to stand in the way of all of this are the workers at a domestic lawn mower factory who are quite happy producing lawn mowers that are both more expensive and less reliable than the mowers produced in a neighboring country.

The workers succeed in pressuring the government to slap a tariff on foreign lawn mowing machines which raises costs for the entrepreneur. The entrepreneur then sees his own profits drop which leads to layoffs and even to unemployment to the small business owner himself.

Protecting One Domestic Industry at the Expense of Another

Now, supporters of protectionism would no doubt come back with their own tale of woe about how, if the lawn business has been able to buy cheap mowers, the workers at the domestic lawn mowing factory would be laid off and destitute.

But, implied in the protectionist position is that it is good for the government to make a purely arbitrary decision to support one industry over another. For the protectionist, the freely-made decision of homeowners and gardeners is not to be tolerated and must be quashed by government. Moreover, to make sure that none of those sneaky gardeners gains access to any of these “cheap” foreign-made machines, a small army of customs workers must be hired to ensure compliance and that anyone who dares furnish any business owner with the “wrong” kind of machine will be punished, fined, and possibly imprisoned under federal law.

For the protectionist, this is all a perfectly good and legitimate function of government. The act of buying an economical machine becomes a crime, and the workers at the factory are able to go on producing their second-rate product.

Obviously, to simply let Americans be free to buy what they want, we don’t need a NAFTA, or TPP, or global junkets of trade bureaucrats to decide what will or will not be allowed to cross over international borders. Certainly, the growth of the TPP moves member states further from the possibility of true free trade since trade policy will become increasingly enmeshed within a multilayered international bureaucracy that only inhibits a nation-state’s ability to unilaterally reduce trade barriers.

When not prevented by international treaties, however, all that need happen for freedom in trade to appear is for the government to refrain from punishing private citizens who seek to do business with foreign suppliers of desirable goods. That would be real “trade liberalization.”