GET NEWS AND ARTICLES IN YOUR INBOXPrint
A
A
Home | Mises Library | Walter Block: Libertarianism from A to Z 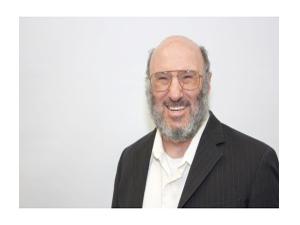 Walter Block’s new book Toward a Libertarian Society covers a wide variety of topics from the death penalty to secession, and from war to macroeconomics. Dr. Block recently spoke with the Mises Institute about just a few of these.

Mises Institute: You say in your book that it is a contradiction in terms to be both libertarian and to be for an aggressive foreign policy. Why is this?

Walter Block: The essence of libertarianism is the non-aggression principle (NAP). This means it is legitimate to use force only in defense, or retaliation, but not to initiate it. However, an aggressive foreign policy is an attempt to export democracy, or the American way of life, or to make things easier for US business, at the point of a gun or a bomb. Thus, this policy necessarily initiates violence against foreigners, but not in defense of their attack on us, nor in retaliation against such. Thus, there is a contradiction. It is as if A were to have the policy of punching B in the nose, where B did not first use violence against A. Clearly, A would be violating the NAP. This is true, however, whether it applies to an individual or a large group, such as a nation. But what about 9-11? Did they not attack us first? No. They were “over here” because we were first “over there.” This was blowback. Had we not stuck our stick into hornet’s nests in that part of the world, they would not have attacked us. They were retaliating against the prior use of force on the part of the US government.

MI: When it comes to the compatibility of libertarianism and labor unions, you say, “it depends.” What does it depend on?

WB: It depends upon whether organized labor violates the NAP. They need not do so in order to pursue their goals, which is an improvement in the wages and working conditions of their members. For they do have one legitimate weapon in their arsenal: the mass quit. If one person goes to the boss demanding improved pay, he is likely to be shown the door. But if he says that all 500 employees will walk out of the factory unless their demands are met, or at least negotiated, the boss is more likely to make a counteroffer. If the union limits itself to this sort of threat, it is entirely legitimate and is acting in accordance with libertarian requirements. However, unions rarely, if ever, limit themselves to a threatened mass quit. They also use violence against those who try to pass through their picket lines, such as replacement workers, or raw materials entering the firm’s property, or finished goods leaving it. It is as if a husband divorces his wife, but they surround her house with his friends who threaten to beat up any potential suitor of hers. Leaving her, a quit, is justified; using violence against competitors, is not.

MI: When it comes to building a better economy, you say that it is production that counts and not jobs. What does this mean?

WB: The goal is not jobs, but the goods and services jobs bring about. If we could have the latter without the former, that is, banish scarcity, all would be lovely. We could play (do whatever we enjoyed) the live-long day. Unfortunately we want more things than is available; that is why we have to work for them. Suppose that the “jobs” consisted of digging holes in the ground, and filling them up again, and that everyone did this and nothing else. At the end of the day, we would have had mass employment, and we would all starve to death because these “jobs” produced nothing to keep us alive.

WB: There are many reasons to oppose the drug war. It creates havoc in the lives of drug users. It promotes crime. As a result of it, we have all too many people in jail. It is a victimless crime, when limited to consenting adults. But the most important reason to be against it is that the drug war violates the NAP. It uses violence against peaceful users, and entrepreneurs who supply this good to them.

MI: How do you cure poverty? What is the best short answer to this question when a non-libertarian asks about it?

WB: A very short answer is: promote private property rights, laissez faire capitalism, and the NAP of libertarianism. A longer answer would mention the fact that in the free enterprise system, the only way to become wealthy (that is, cure poverty), is to engage in commercial interaction. But this necessarily improves the well-being of all parties to the exchange. Whenever Bill Gates sold a computer to someone for $500, that person valued it at more than this amount, otherwise he would not have purchased it; and it cost Bill Gates less than that figure to produce the computer. Otherwise, he would have gone broke. Each and every commercial transaction, buying, selling, renting, bartering, borrowing, lending, employing, etc., is mutually beneficial at least in the ex ante sense of anticipations (we engage in the market since we expect to gain thereby). Free enterprise is necessarily in this sense a wealth creating institution. How else can poverty be cured, but by creating wealth?

MI: You’ve also written extensively on environmentalism and free markets. Without government, wouldn’t we all have to drink filthy water and breathe dirty air?

WB: Private property rights, along with the NAP, are the two sides of the libertarian coin. Both are essential. But what is pollution, whether air or water borne, other than a trespass of smoke and dust particles onto the property, and into the lungs, of other people? The government unfortunately, for many years, has not allowed people to sue each other for such trespasses. If they had allowed this to occur, the challenge of filthy water and dirty air would have long ago been overcome.