GET NEWS AND ARTICLES IN YOUR INBOXPrint
A
A
Home | Mises Library | Voluntary Exchange vs. Government Mandates 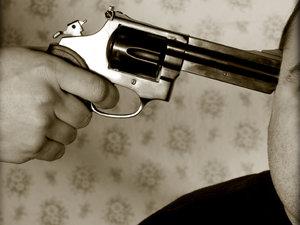 The basic unit of all economic activity is the uncoerced, free exchange of one economic good for another. Moreover, the decision to engage in exchange is based upon the ordinally ranked subjective preferences of each party to the exchange. To achieve maximum satisfaction from the exchange, each party must have full ownership and control of the good that he wishes to exchange and may dispose of his property without interference from a third party, such as government.

Several observations can be deduced from the above explanation. It is not possible for a third party to direct this exchange in order to create a more satisfactory outcome. No third party has ownership of the goods to be exchanged; therefore, no third party can hold a legitimate subjective preference upon which to base an evaluation as to the higher satisfaction to be gained. Furthermore, the higher satisfaction of any exchange cannot be quantified in any cardinal way, for each party's subjective preference is ordinal only.

This rules out all utilitarian measurements of satisfaction upon which interventions may be based. Each exchange is an economic world unto itself. Compiling statistics of the number and dollar amounts of many exchanges is meaningless for other than historical purposes, both because the dollars involved are not representative of the preferences and satisfactions of others not involved in the exchange, and because the volume and dollar amounts of future exchanges are independent of past exchanges.

One Example: The Case of Ethanol

Let us examine a recent, typical exchange that violates our definition of a true exchange yet is justified by government interventionists today: subsidized, protected, and mandated use of ethanol.

The use of ethanol is coerced; i.e., the government requires its mixture into gasoline. Government does not own the ethanol, so it cannot possibly hold a valid subjective preference. The parties forced to buy ethanol actually receive some dissatisfaction. Had they desired to purchase ethanol, no mandate would have been required.

Because those engaging in the forced exchange did not desire the ethanol in the first place, including the dollar value of ethanol sales in statistics purporting to measure the societal value of goods exchanged in our economy is meaningless. Yet the government includes all mandated exchanges as a source of “value” in its own calculations.

This is just one egregious example of many such measurements that are included in our GDP statistics purporting to convince us that we have "never had it so good."

Another Example: The Soviet Economy

Our flawed view that governments can improve satisfaction caused us to misjudge the military threat of the Soviet Union for decades. Our CIA placed western dollar values on Soviet production data to arrive at the conclusion that its economy was growing faster than that of the US and would surpass US GDP at some point in the not too distant future. Except for very small exceptions, all economic production resources in the Soviet Union were owned by the state. This does not necessarily mean that it was possible for the state to hold valid subjective preferences, for those who occupied important offices in the state held them at the sufferance of what can only be described as gang lords, who themselves held office very tentatively.

State ownership is not real ownership. Those in positions of power with responsibility over resources hold their offices for a given period of time and have little or no ability to pass their office on to their heirs. Thus, the resources eventually succumb to the law of the tragedy of the commons and are plundered to extinction. Nevertheless the squandering of the Soviet Union's commonly held resources was tallied by our CIA as meeting legitimate demand.

Professor Yuri Maltsev saw first-hand the total destruction of the Soviet economy. In Requiem for Marx he gives a heartbreaking portrayal of the suffering of the Russian populace through state directed, irrational central planning that did not come close to meeting the people's legitimate needs, while our CIA continued to crank out bogus statistics of the supposed strength of the Soviet economy upon which the Reagan administration based its unprecedented peacetime military expansion.

With the proviso that no exchange may harm another, as explained so well in Dr. Thomas Patrick Burke's book No Harm: Ethical Principles for a Free Market, we are led to the conclusion that no outside agency can create greater economic satisfaction than can a free and uncoerced exchange. The statistics that support such interventions are meaningless, because they cannot reflect the satisfaction obtained from true ordinally held subjective preferences. Once this understanding is acknowledged and embraced, the consequences for the improvement of our total satisfaction are tremendous. Our economy can be unshackled from government directed economic exchanges and regulations.