Unsafe at Any Blood Pressure 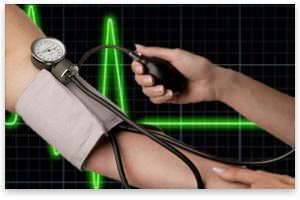 What if the unintended consequences are actually intentional?

That's the thought I had recently upon learning about upcoming Medicare fines on hospitals that readmit patients due to complications within 30 days of an initial discharge. The logic is straightforward: If hospitals do not make a patient well the first time, then they suffer the additional cost of a fine.

It is sort of like what would happen if I went to a private arbitrator to address my claim that a mechanic working on my car charged me for repairs that were not done or not done correctly. If the arbitrator decided my claims were correct, he would rightly make the mechanic do the work correctly and possibly fine him for engaging in fraud.

But in Medicare's case, when it is the arbitrator, the fines are significant. The government estimates that about 2,200 hospitals will be fined an average of $125,000 over the next year alone. This is about the same amount of money that will purchase the average home in Ohio.

It's all in the name of efficiency and contract enforcement, and I'm sure it all seems logical on paper. Under the current system, hospitals have perverse incentives to maltreat patients and cause readmittances to maximize Medicare disbursements. One obvious solution is to eliminate the bankrupting Medicare system and move toward more market-based healthcare. By strengthening the payment-consumption link, market forces would penalize hospitals that engage in such practices. Over time, the fine would take the form of lost market share while competition for patients would create incentives to both increase the healthcare quality and lower its price.

Instead, we are stuck with another situation in which one form of government intervention creates unintended consequences that require further interventions. First discussed by Ludwig von Mises in his 1926 classic, Liberalism, the interplay of interventions and subsequent government growth especially applies to Medicare and Medicaid, both of which contribute mightily to the off-budget obligations of the federal government that now exceed $220 trillion.

Somehow, the possibility of such a burden was lost on Medicare's advocates during the heady days of the Great Society who argued that increased state control of private health resources would result in a healthier society and health security in old age. How's that working out?

This particular intervention, which is based on the assumption that fixing a broken-down body is similar to fixing a broken-down car — and that doctors are nothing more than glorified mechanics — will create its own new round of unintended consequences. Just three that come to mind are

It's ironic that hospitals may favor death in a way that is worse than any economic calculation Ralph Nader once accused General Motors of making in his 1965 book, Unsafe at Any Speed. At least back then, consumers could opt out of buying Corvairs once its tire pressure problems were connected to highway deaths. Hospitals will become known as places to die — unsafe at any blood pressure — and those who try to exit their relationships with them by opting out of government-run healthcare will face additional fines by the feds for doing so.

Of course, all of these possibilities may be intended as necessary to create a political environment conducive to the establishment of a National Health Service. Surely, advocates of state control have figured out by now that unintended consequences actually work in their favor, and that their failures eventually create a popular aversion to the private sector and, consequently, a justification for further government growth.1 The government failures that lead to 9/11 have had a similar effect on the expansion of the security state since that fateful date. Why wouldn't this apply to other areas of potential state power?

In healthcare, this power is pushing toward a single-payer system in a process Mises once called "socialism by installments."2 Unfortunately, such a system would be single payer only a fiduciary sense. When the government controls so much of healthcare provision, we all pay in one way or another.

Unless we withdraw our consent now. Mises also wrote, "once the principle is admitted that it is the duty of government to protect the individual against his own foolishness, no serious objections can be advanced against further encroachments" (Human Action).

Rejecting this principle today is the first step toward solving cycles of interventionism that ruin lives, sometimes in the name of health.