Even if by some miracle Obamacare was able to deliver on its promises, it is still not clear that universal coverage would be a laudable achievement. In fact, the exact opposite is true.

What Efficiency Is and Is Not

To properly address the merits of universal coverage, we must first establish exactly what we as economists consider ideal. Any college freshman can easily cite the promotion of "efficiency" as the ultimate goal of economics, but contemporary political economists profoundly lack an understanding of what it actually means for a market to function efficiently.

A market is said to be "efficient" when its producers and consumers are acting cost-effectively; in other words, when they are economizing on their scarce resources. Consumers are said to be acting efficiently when they choose to consume only those goods and services that most please them. It is easy to see that individual consumption decisions are the only method by which consumer welfare can be maximized.

Unfortunately, when they talk about "efficiency," mainstream economists all but ignore the dual pillars of efficacious market processes and optimal consumer behavior. Outside of theoretical claims about "market externalities," mainstream economists are content to measure what they call efficiency with political analysis of various statistics. These statistics range from the prices of certain goods to the availability of certain services, with the latter often measured in arbitrary terms such as "sufficient health insurance coverage."

To derive a measurement for efficiency, however, is both theoretically absurd and practically impossible, because the simple reality is that economists don't know and indeed cannot possibly ever know which quantities, prices, production processes, and types of employment are efficient.

Economists are able to estimate certain parameters, such as short-term commodity price trends, with some degree of certainty. But it is indeed impossible for economists to predict a priori which goods will be produced, which methods they will be produced by, and what prices they will be sold at, in an efficient market (or what Cordato calls an open-ended universe). It is just as impossible to determine, therefore, whether any given market can be said to be working efficiently.

The only conclusion that economists are able to reach a priori with respect to consumption decisions is that a consumer necessarily consumes those goods within his means that he expects will please him most. This axiom is rooted in praxeological truths regarding human action — namely that man is rational, and that his actions, informed by experience and reason, fulfill his desires.

Therefore, we can observe an individual consumer's choices and thus know his preferences. While a group of consumers can tell a central planner that they really do prefer health insurance to the goods they currently buy, their actual purchases incontrovertibly reveal their true preferences. It is easy to see, then, that a truly free market, which allows each consumer complete freedom of choice, is the best mechanism for the maximization of consumer welfare.

Central planning, be it in health insurance or in farm products, is not designed with true economic efficiency in mind. An efficiently operating market economy does not strive toward political benchmarks — in fact, it abhors them.

Even in a politically regulated economy, individuals will attempt to fulfill their consumption desires so long as legal disincentives are not strong enough — in other words, as long as individuals don't believe they'll be fined or jailed to such a degree as to make the good or service in question too costly. This, of course, is the reason that black markets exist in every country on the planet.

The implications of this point are clear: to enforce central planners' decisions for consumer behavior, the governing body must enforce strict and serious penalties. Not surprisingly, the Democrats' healthcare bill includes just such a penalty for those consumers who refuse to participate in the plan. Such fines may make political plans more effectual, but they will not and cannot make the economy more efficient. Instead, they necessarily make the economy less efficient because they deliberately create suboptimal consumption choices.

Thus far, our discussion of efficiency has made clear what policy makers should not do to increase the efficiency of the operation of the economy. Perhaps we ought to consider what the government should do to increase market efficiency.

As discussed earlier, from the very fact of their abstention from the purchase of healthcare services, we know a posteriori that millions of individuals in this country do not desire health insurance more than other goods or services. Indeed, even with the lower prices for coverage that would prevail in a truly free market, there is every reason to expect that millions would choose not to purchase insurance.

Central planning authorities, then, ought to allow completely free consumption and production of all goods and services. This is not a recommendation for passive policy, but rather for an active policy of economic liberalization and the repeal of every type of prohibition. 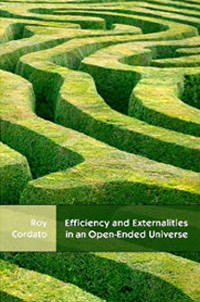 The allowance of economic freedom must extend to every type of good, no matter how unsavory or immoral its consumption may seem to the general public. Undeniably, some people will choose to spend their money at their closest casino rather than on purchasing health services.

We should no longer treat such consumers as if they are too stupid or improvident to fulfill their own desires. They are merely individuals with high risk tolerances and strong desires for the psychological thrills of gambling. For such consumers, then, the enforcement of healthcare mandates (and the regulation or outlawing of gambling) unequivocally makes them worse off. While their choices may negatively affect national health statistics, the repeal of all prohibitions would unambiguously increase their happiness.

With such consumers in mind, we can assert with confidence that a health insurance mandate must, by praxeological definition, decrease consumer welfare and thus make the economy less efficient.

Any prescriptions contrary to this formula for efficiency must be criticized for what they are: attempts to impose undesired consumption on individuals, for the political benefit of self-righteous policymakers and so-called public economists.