GET NEWS AND ARTICLES IN YOUR INBOXPrint
A
A
Home | Mises Library | Is the United States Too Big to Succeed?

Is the United States Too Big to Succeed? 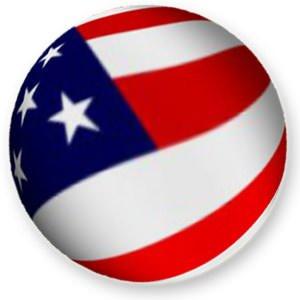 Although European libertarians continue to produce great works of theory and activism, the United States has been, and seems to remain, the epicenter of the libertarian movement. There are no prominent protests in Europe calling for less governmental help as there are in the United States. Murray Rothbard's essay "Left and Right: The Prospects for Liberty" refers to the United States as "the great home of radical liberalism."1 In 1996, Dr. Yuri Maltsev presented a lecture at a Ludwig von Mises Institute summit entitled "Why America Must Be Saved," making the case for the United States as the greatest hope in the struggle for freedom.2 Writing favorably of the tea-party movement, Peruvian writer and recent Nobel Laureate Mario Vargas Llosa distinguished the American individualist tradition as stronger than the European one:

In the United States … individualism has never had the bad press it had in Europe.… In the purest American tradition, it is not the state but the citizen who is first responsible for failure or success.3

Despite the more muted prevalence of libertarians in Europe, they enjoy a dynamic absent in America: strong regional identity reinforced by language and cultural barriers far greater than the relatively homogenized United States. As Professor Hans-Hermann Hoppe might say, Europe has more "international anarchy," though, admittedly, Europe has much less today as compared to the period of time to which he applied the phrase in his book, Democracy: The God That Failed. He wrote,

Precisely the fact that Europe possessed a highly decentralized power structure composed of countless independent political units explains the origin of capitalism — the expansion of market participation and of economic growth — in the Western world. It is not by accident that capitalism first flourished under conditions of extreme political decentralization: in the northern Italian city states, in southern Germany, and in the secessionist Low Countries (Netherlands). The competition among small states for taxable subjects brings them into conflict with each other.4

The constant expansion of the market, both in extensiveness and in intensity, was the result of an absence of a political order extending over the whole of Western Europe.5

These dynamics no longer exist. There is no longer an absence of a political order in Europe. (There is a surplus.) Nor is there such intense competition between states that taxes must be kept minimal for fear of populations defecting from one state to its rival.

However, what remains of European regionalism may very well do more to promote the cause of liberty than the more vigorous, better organized libertarian movement in the United States. It is not the government of the United States, but those of France, Greece, Ireland, Italy, Portugal, and Spain that made real spending cuts.6 The United States' budget-cutting "Super-Congress" recently proved itself to be the pathetic joke that Lew Rockwell and others predicted it would be.7 While some US states and municipalities have been forced to limit their budgets, net government spending continues to skyrocket, despite many observers describing the United States' financial predicament as more severe even than Greece's.8

Every distinction between the taxpayer supporting a wealth redistribution system and the beneficiary of the system is a barrier for politicians who strive to justify their schemes. The fact that the beneficiary and taxpayers are separate individuals is by itself enough to condemn the coercive system on moral grounds, but in examining the prospects for a freer society, it seems the more barriers redistributed wealth must cross, the more likely people will question it.

A German, regardless of how socialist his mindset, is likely to question paying taxes to support the early retirement of a Greek. By contrast, it is almost unimaginable for a citizen of Iowa or Texas to protest the proportionally larger share of federal funding that goes to, say, Alaska or New Mexico on the grounds of state-level allegiance.9

In the United States, the argument is largely relegated to an economic or philosophical one, while in Europe an additional argument can also be made strictly in terms of identity and allegiance.

Secondly, to the extent that European regionalism keeps socialist schemes small and local, it forces societies to face the consequences of socialism much more quickly. There is simply less of other people's money to spend.

Thus, so long as their allegiance remains local, even dedicated statists support liberty, or, at least, resist greater tyranny when they protest centralization. Poland's late president Lech Kaczynski said in 2005, "What interests the Poles is the future of Poland and not that of the EU."10 In France, some anti-EU campaigns were driven by outrage at the supposed "'Anglo-Saxon' assault on social welfare."11 These examples can be described as exploiters wanting to maintain their local monopolies and coercive privileges, but nevertheless, they keep the greater exploiters at bay.

As discussed in Professor Hoppe's lecture "The Advantages of Small States and the Dangers of Centralization," small states have other advantages, including more quickly exposing the fallacies of managed trade, and nonliberal domestic policies.12

While in the United States checking statism seems to rely on the dim prospect of winning the philosophical debate, in Europe regional identity — though not a complete success — at least puts a severe check on various statist tyrannies.

Advocates of centralization express hostility to local culture and identity wherever it frustrates their lust for political power and control. President of the European Council, Herman Van Rompuy, called the idea of a sovereign nation-state a "lie and an illusion," adding "the time of the [locally] homogenous nation state is over."13

George Friedman, author and CEO of a military industry that Barron's once called "The Shadow CIA,"14 seems to share the view of Harvard philosopher Leo Strauss, that we are all purposeless lumps of clay until animated (for our own good) by a great unifying lie from magnificent leaders whose skulls overflow with brains. He believes the "Europeanists" took the wrong approach in attempting unification with prudent arguments instead of manufacturing some great myth — propaganda by any other name:

What the Europeanists tried to do was create institutions that made choosing between your own and others unnecessary. But they did this not with martial spirit or European myth.… They made the argument prudently: You will like Europe because it will be prosperous, and with all of Europe prosperous there will be no need to choose between your nation and other nations. Their greatest claim was that Europe would not require sacrifice … the absence of sacrifice was enormously seductive. But, of course, prosperity comes and goes, and as it goes sacrifice is needed.15

A Washington Post column criticizes the "stinginess" of German voters for the temerity of punishing politicians who transferred their wealth to other nations. Like many defenders of European centralization, its author equates the desire for local sovereignty with National Socialism and the destruction of WWII. On one hand, he expresses a Hobbesian worldview that demands political unification as a precondition of peace between European states. On the other, he opines that divided, regional Europe has demilitarized and insufficiently participates in the United States' wars in Afghanistan and Iraq. In the same column, he managed to warn Euroskeptics about war and criticize them for a lack of it.16

This absurdity speaks to Hoppe's conclusion that competition between states is an eliminative competition: Europe needs political unification (according to the author) so that its soldiers can influence the states in more distant regions of the world.

The frustration he expresses with German voters reflects another trend of the Europeanists: a growing disdain for democracy. It is akin to the hypocrisy of Marxist movements as detailed in Ludwig Von Mises's Theory and History.17

Chancellor Merkel and French president Nicolas Sarkozy called on Greek prime minister Papandreou to explain himself after he put the question of more debt and more foreign regulation to a referendum — a directly democratic process in Greece of all places! "According to Le Monde … Sarkozy will tell Papandreou that Greece will not get more money unless it complies with the latest agreement, and that if a referendum is to take place, it must happen as quickly as possible [and] be on Greece's eurozone membership."18 Meanwhile, "the Dutch government has decided not to seek Dutch parliamentary approval for the latest EU summit deal and will simply sign off on it, fearing that it may not pass."19

In response to the Greek referendum, some German politicians from Chancellor Merkel's sister party called for their own referendum on continued financial assistance to Greece. Other politicians, like FDP secretary general Christian Linder responded by saying he did not want his party "infiltrated by eurosceptics."20

International institutions like the IMF allow leaders to transfer the wealth of their subjects without discussion or debate.

The Guardian reports that David Cameron will urge EU members to act urgently to put more "meat" on the outlines of the deal agreed last week, but has refused to offer any direct assistance, although the BBC's Political Editor Nick Robinson reports that Britain is standing by to give more money to the IMF so that it can, in turn, lend more money to struggling Eurozone countries.21

French president Sarkozy recently offered a vision of a united Europe in which smaller countries obey bigger ones.22

In both the United States and Europe, the worst of the economic crisis is yet to come. Though there exists in the United States a revitalized states' rights movement, the libertarian effort seems wholly engaged in winning the philosophical debate. If it fails to stem the rising tide of statism, one might consider whether the United States isn't too big and homogenized to succeed.

Given the abundance of beneficiaries of taxpayer largess (more than one out of six Americans is employed directly by government24), prospects may seem bleak. I always find reassurance, however, in the government's ability to reveal its monumental incompetence. Even the Soviet Union, where everybody was employed by the state, collapsed and reformed for the better when people no longer believed its myth.

In Europe, on the other hand, salvation may very well lie in preserving regional identity and autonomy, which forces the consequences of socialism to be felt much more quickly and causes even statists to question wealth-redistribution schemes.

Of course, each libertarian movement should learn from others. The lesson from Europe seems clear: preserve local identity, local culture, and local allegiance.

Roman Skaskiw’s work has appeared on the New York Times’ Homefires blog, in the Atlantic, Stanford Magazine and elsewhere. He is a graduate of the Iowa Writers’ Workshop, a six-year US Army veteran, and a recent convert to the Austrian School of economics. See his website.