The Unintended Consequences of Rent Control 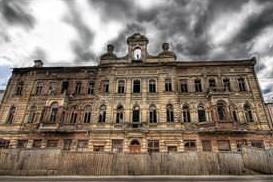 Suppose that you want to destroy a city. Should you bomb it, or would it be sufficient just to impose rent control? It's a bracing question at first, but some economists have argued that the two are roughly equivalent. When the price of rent is held below the market-clearing level, shortages emerge and the housing stock rapidly deteriorates.

Those who advocate price controls often do so on the basis of their views on distributive justice. It isn't right, they might argue, that someone who has lived somewhere his entire life should be priced out of his neighborhood; nor is it right for fat-cat landlords to enjoy high rents simply because a lot of people want to live in New York or San Francisco. The typical rent control proposal is based on the assumption that the same amount of economic activity will take place but with a different distributional outcome. That is, the same number of apartments will be provided, and they will be provided to the same people and in the same quality. The only difference, according to rent control advocates, is that the hapless renter won't have to line the landlord's pockets. Any change in the housing stock is then viewed as a moral failing on the part of the landlord.

The reality of rent control is far different from what its advocates envision. A September 13, 2008, article by the Mercatus Center's Eileen Norcross in the Wall Street Journal discusses rent control in New York City, and she suggests that this is a lesson that is worth repeating. Norcross tells us about the digs occupied by New York congressman Charles Rangel. Mr. Rangel "occupies four rent-stabilized apartments in a posh New York City building." He lives in three and uses a fourth as an office. Because of rent stabilization, we cannot tell whether those apartments would be better used to house several families instead. Mr. Rangel is able to use valuable resources, at below-market prices, to the detriment of would-be New York City residents.

Norcross reports that there are 43,317 apartments in New York City controlled by 1947 rent control laws and 1,043,677 "rent-stabilized" units; in total, she tells us that this is about 70 percent of New York City's housing stock. Originally, rent control was a temporary program aimed at helping people find places to live in New York City without paying exorbitant rents during World War II. Now, over sixty years after the war has ended, rent control still dominates the market.

At the height of the debate over whether capitalism or socialism was the most productive way to run a society, Ludwig von Mises argued that government intervention begets further government intervention. When rents are held below their market-clearing value, people take rental units off the market or convert existing units into condominiums, luxury housing, or offices. Something like "key money" might also emerge, whereby the rent is held artificially low, but the landlord demands a massive payment to rent the apartment's key. Other enterprising landlords have attempted to get around the restriction by providing "furnished" apartments, for which the tenant pays the controlled rent but must also pay a marked-up price to rent the apartment's furniture. Government officials and landlords find themselves in an endless cat-and-mouse game of regulate-and-evade that has created its own legal infrastructure in the form of the New York City Housing Court. The court has fifty judges and handles over three hundred thousand cases annually.

Rent control also destroys landlords' incentives to maintain the housing stock. With rent control in place, people are lined up for housing, and therefore, the landlord can discriminate on the basis of who will take the most meager accommodations. Eliminating a landlord's ability to enjoy the return from investing in higher-quality housing means eliminating the landlord's incentive to invest in basic upkeep.

So which is worse, rent control or bombs? On the Mises Institute's website, Pace University economist Joseph Salerno has a video lecture on prices, in which he offers a compelling visual exercise. He shows his audience pictures of destroyed urban areas and asks whether these are areas that have been subject to rent control or whether these are areas that have been bombed. It isn't easy to tell, but the lack of difference suggests a tragic but predictable irony. When a city is bombed, it is destroyed by people with evil intentions. When a city is subjected to rent control, it is destroyed by people with good intentions.