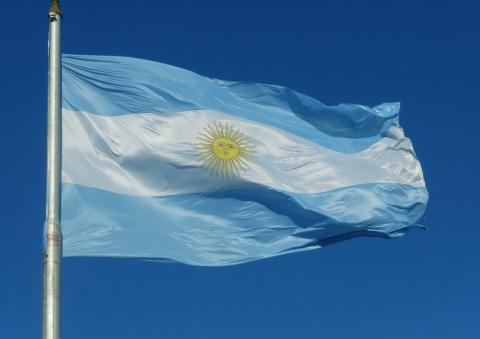 The Analyst, published by the Institute of Chartered Financial Analysts of India (ICFAI), interviewed Joseph T. Salerno, editor of the Quarterly Journal of Austrian Economics, concerning the financial and banking chaos in Argentina:

Q: Are proposed reforms enough to justify having the IMF lend a helping hand to Argentina?

SALERNO: To begin with, it was the IMF that is responsible for the disaster that has befallen Argentina. By publicly approving and assisting Argentina’s switch to a currency board regime in 1991, the IMF gave an implicit bailout guarantee to international investors in the Argentine public debt.

This precipitated an influx of foreign capital into Argentina, induced by the prospect of high interest returns with little default or currency risk. These funds were absorbed by the Argentine government and utilized for a huge and unproductive expansion of the public sector, including an enormous growth in national and provincial spending, public-sector employment and salaries, and financing of projects and programs that benefited big businesses and other constituencies with political connections.

In the meantime, investment in productive small and medium-sized businesses in the private economy, especially in export industries, stagnated and eventually diminished. This unhealthy and unstable fiscal regime directly promoted by IMF policies is revealed in the stunning fact that one quarter of international holdings of debt from emerging market nations consists of Argentine provincial and national debt.

Q: What steps are required for the restoration of fiscal health and economic prosperity?

SALERNO: First, the Argentine government must shun any further advice or assistance from the inept and fumbling bureaucratic elites of the IMF.

Second, it must openly admit its insolvency and unilaterally repudiate all previously issued public debt. This will permit the national government to immediately rid itself of its debt service burden, enabling it to cut its budget by 20 percent and approximately balance its budget. Since international capital markets will now be closed to new issues of Argentine public debt, the national and provincial governments will be forced to operate within the salutary constraints of balanced budgets.

However, this will also temporarily scare off prospective investors in Argentine private-sector debt, so that Argentina will need to implement policies to revive domestic saving and investment. Hence, the third step is to reduce the absorption of investment funds by the public sector by implementing an additional 20-percent balanced cut in the spending and tax revenues of the national government, with the cuts focused on regulatory agencies and public employment. This will free up the business sector and provide it with much-needed capital and labor resources, while also serving to reverse the expansion of the State sector that occurred in the 1990s.

Q: The president's talks with the IMF and the U.S. Treasury secretary produced only the news that the IMF might be able to put together a rescue package only by the end of June. Is Argentina's currency, as well as the government, in a position to wait that long?

SALERNO: Argentina cannot afford to wait for an IMF rescue package, which will only prolong the current unsustainable monetary regime. It must act now to reform its paralyzed monetary and financial system.

Fortunately, there is a program that it can implement unilaterally that will permit its currency to quickly return to circulation as a medium of exchange, especially among its poorer citizens, and at the same restore confidence in domestic financial institutions and markets. This involves recognizing the effective bankruptcy of all banks and handing their assets over to their depositors.

Specifically, the demand liabilities of each bank, which include savings as well as checking accounts, should be written down to the level of its cash reserves and prorated among its depositors according to the size of their nominal checking and saving deposits. Since they now will be effectively backed 100 percent by cash, depositors will then be able to freely redeem their deposits in currency or continue to access them by check or debit card without threat of a contagion of bank collapses.

In addition, ownership of the loan and investment assets of each bank will be transferred to the depositors by distributing equity shares to them, the number of nominal shares received by each individual to be equal to the original quantity of pesos in his bank deposit minus his quota of the banking system’s cash reserves. The value of these shares, which will be saleable on the market, would be determined by the market value of the asset portfolio and would fluctuate according to market conditions, falling more or less below the value of a peso, depending on the quality of each fund’s asset portfolio.

All banks will thus be split into two independent institutions--a 100-percent deposit bank and a no-load mixed-asset mutual fund. Argentine depositors of all income levels will now have unimpeded access both to a medium for making current exchanges and to their savings. The deposit banks will be under court mandate to retain 100-percent reserves for all deposits, and the system will be able to issue additional peso-denominated demand deposits one-for-one in exchange for deposits of peso currency.

Every mutual fund will be empowered to redeem and sell its shares and to buy and sell financial assets on the open market, as well as to originate loans. Initially, court-appointed trustees will be put in charge of operating these institutions, defraying the costs of operation by assessing user fees on depositors and mutual fund shareowners.

It is true that this program will involve a sharp, one-time deflation of the money supply to the level of the monetary base, that is, the currency held by the public plus the cash reserves of the deposit banks. However, the very celerity and pervasiveness of the monetary contraction--all demand deposits will be reduced overnight by the same percentage--will facilitate the swift adjustment of prices and wages to the level consistent with the new money supply.

Meanwhile, once this has been accomplished and the Argentine central bank/currency board has disbursed its hoard of cash reserves to the deposit banks, it will be barred from purchasing any additional assets and the money supply will become permanently frozen at the existing level. The central bank will be restricted to exchanging new currency notes for worn ones at a one-to-one ratio and issuing and receiving token coins for currency notes of equal denomination.

This program will revive monetary exchange and economic calculation throughout the economy, especially the retail sector, and together with the reduction of the fiscal burden of the public sector, will stimulate a recovery from the current depression.

It should be noted that this program is only a preliminary step on the road to monetary reform, which must eventually entail the sale to private investors or institutions, foreign or domestic, of the deposit banks and the managed mutual funds.

Q: Considering that no one wants to hold the devalued pesos, will dollarization solve the problem? Or, will it create a new set of problems? Is there no panacea for the debt-ridden country?

SALERNO: Dollarization is a gimmick that differs only formally from the currency board regime that resulted in Argentina’s current fiscal and monetary crises. Moreover, it does not address the immediate problem of giving Argentines immediate and full access to their money holdings and savings currently frozen in the banking system.

The program I outlined above would not only arrest the devaluation but would also enormously strengthen the external value of the peso. As noted above, the initial monetary contraction will cause prices in Argentina to decline sharply, causing a corresponding rise in the domestic purchasing power of the peso.

With the central bank barred from any further open market or foreign exchange operations, peso exchange rates will be driven upward to reflect the currency’s increased purchasing power, as foreigners scramble to get hold of the pesos needed to buy Argentine products that will be extremely cheap at prevailing (devalued) exchange rates.

Even after the external value of the has been adjusted upward in the immediate aftermath of the one-shot monetary contraction, the peso will continue to gently appreciate vis-à-vis other currencies, as Argentina’s economy recovers from depression and real output begins to expand, causing prices to fall and the purchasing power of the peso to rise further.

Q: Roberto Lavagna, Argentina's latest economy minister, has his task really cut out. What are the first things that he should address as he tries to bring some semblance of sensibility into the country's flailing economy?

SALERNO: The first issue that the economy minister should address is the meddlesome IMF. He should tell the IMF bureaucrats in no uncertain terms that their advice and assistance have not served Argentina well and are no longer welcome by the Argentine government.

He then must proceed swiftly, with the consent of the president and the legislature, to proclaim the insolvency of Argentina’s national and provincial governments and repudiate all Argentine public-sector debt, cutting spending and taxes to balance the budget and stimulate domestic saving and investment in the private sector.

Finally, he must restore full access to their money and savings of Argentine citizens under the program I outlined above, in which ownership of the insolvent banks is transferred to depositors.