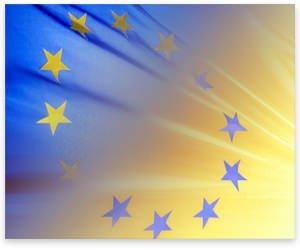 There has been a fight between the advocates of two different ideals from the beginning of the European Union. Which stance it should adopt: the classical-liberal vision, or the socialist vision of Europe? The introduction of the euro has played a key role in the strategies of these two visions.1  In order to understand the tragedy of the euro and its history, it is important to be familiar with these two diverging and underlying visions and tensions that have come to the fore in the face of a single currency.

The founding fathers of the EU, Maurice Schuman (France [born in Luxembourg]), Konrad Adenauer (Germany), and Alcide de Gasperi (Italy), all German-speaking Catholics, were followers of the classical-liberal vision of Europe.2 They were also Christian democrats. The classical-liberal vision regards individual liberty as the most important cultural value of Europeans and Christianity. In this vision, sovereign European states defend private-property rights and a free-market economy in a Europe of open borders, thus enabling the free exchange of goods, services, and ideas.

The Treaty of Rome in 1957 was the main achievement toward the classical-liberal vision for Europe. The treaty delivered four basic liberties: free circulation of goods, free offering of services, free movement of financial capital, and free migration. The treaty restored rights that had been essential for Europe during the classical-liberal time in the 19th century, but had been abandoned in the age of nationalism and socialism. The treaty was a turning away from the age of socialism that had lead to conflicts between European nations, culminating in two world wars.

The classical-liberal vision aims at a restoration of 19th-century freedoms. Free competition without entry barriers should prevail in a common European market. In this vision, no one could prohibit a German hairdresser from cutting hair in Spain, and no one could tax an Englishman for transferring money from a German to a French bank, or for investing in the Italian stock market. No one could prevent, through regulations, a French brewer from selling beer in Germany. No government could give subsidies distorting competition. No one could prevent a Dane from running away from his welfare state and extreme high tax rates and migrating to a state with a lower tax burden, such as Ireland.

In order to accomplish this ideal of peaceful cooperation and flourishing exchanges, nothing more than freedom would be necessary. In this vision there would be no need to create a European superstate. In fact, the classical-liberal vision is highly skeptical of a central European state; it is considered detrimental to individual liberty. Philosophically speaking, many defenders of this vision are inspired by Catholicism, and borders of the European community are defined by Christianity.

In line with Catholic social teaching, a principle of subsidiarity should prevail: problems should be solved at the lowest and least concentrated level possible. The only centralized European institution acceptable would be a European Court of Justice, its activities restricted to supervising conflicts between member states, and guaranteeing the four basic liberties.

From the classical-liberal point of view, there should be many competing political systems, as has been the case in Europe of centuries. In the Middle Ages and until the 19th century, there existed very different political systems, such as the independent cities of Flanders, Germany, and Northern Italy. There were kingdoms such as Bavaria or Saxony, and there were republics such as Venice. Political diversity was demonstrated most clearly in the strongly decentralized Germany. Under a culture of diversity and pluralism, science and industry flourished.3

Competition on all levels is essential to the classical-liberal vision. It leads to coherence, as product standards, factor prices, and especially wage rates tend to converge. Capital moves where wages are low, bidding them up; workers, on the other hand, move where wage rates are high, bidding them down. Markets offer decentralized solutions for environmental problems based on private property. Political competition ensures the most important European value: liberty.

In direct opposition to the classical-liberal vision is the socialist or empire vision of Europe, defended by politicians such as Jacques Delors or François Mitterand. A coalition of statist interests of the nationalist, socialist, and conservative ilk does what it can do to advance its agenda. It wants to see the European Union as an empire or a fortress: protectionist to the outside and interventionist on the inside. These statists dream of a centralized state with efficient technocrats — as the ruling technocrat statists imagine themselves to be — managing it.

In this ideal, the center of the Empire would rule over the periphery. There would be common and centralized legislation. The defenders of the socialist vision of Europe want to erect a European megastate, reproducing the nation-states on the European level. They want a European welfare state that would provide for redistribution, regulation, and harmonization of legislation within Europe. The harmonization of taxes and social regulations would be carried out at the highest level. If the value-added tax is between 25 and 15 percent in the European Union, socialists would harmonize it to 25 percent in all countries. Such harmonization of social regulation is in the interest of the most protected, the richest, and the most productive workers, who can "afford" such regulation — while their peers cannot. If German social regulations would be applied to the Poles, for instance, the latter would have problems competing with the former.
The agenda of the socialist vision is to grant ever-more power to the central state, i.e., to Brussels. The socialist vision for Europe is the ideal of the political class, the bureaucrats, the interest groups, the privileged, and the subsidized sectors who want to create a powerful central state for their own enrichment. Adherents to this view present a European state as a necessity, and consider it only a question of time.

Along the socialist path, the European central state would one day become so powerful that the sovereign states would become subservient to them. (We can already see first indicators of such subservience in the case of Greece. Greece behaves like a protectorate of Brussels, which tells its government how to handle its deficit.)

The socialist vision provides no obvious geographical limits for the European state — in contrast to the Catholic-inspired classical-liberal vision. Political competition is seen as an obstacle to the central state, which removes itself from public control. In this sense the central state in the socialist vision becomes less and less democratic as power is shifted to bureaucrats and technocrats. (An example is provided by the European Commission, the executive body of the European Union. The commissioners are not elected but appointed by the member-state governments.)

Historically, precedents for this old socialist plan of founding a controlling central state in Europe were established by Charlemagne, Napoleon, Stalin, and Hitler. The difference is, however, that this time no direct military means would be necessary. But state-power coercion is used in the push for a central European state.

From a tactical perspective, crisis situations in particular would be used by the adherents of the socialist vision to create new institutions (such as the European Central Bank (ECB) or possibly, in the future, a European Ministry of Finance), as well as to extend the powers of existing institutions as the European Commission or the ECB.4

The classical-liberal and the socialist visions of Europe are, consequently, irreconcilable. In fact, the increase in power of a central state as proposed by the socialist vision implies a reduction of the four basic liberties, and most certainly less individual liberty.

This article is excerpted from Tragedy of the Euro (Ludwig von Mises Institute, 2010).