There's No Such Thing As a Neutral Government 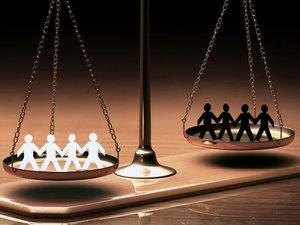 [This article appears in the November–December 2015 issue of The Austrian.]

Peter Simpson is a distinguished classicist and philosopher, known especially for his work on Aristotle’s ethics and politics. (He is also, by the way, a mordant critic of Leo Strauss and his followers.) In Political Illiberalism, he poses a fundamental challenge to philosophical justifications of modern liberalism, culminating in the vastly influential Political Liberalism (1993) of John Rawls. Though Simpson cannot be classed as a libertarian, his bold arguments will be of great use to all of us who, like Lew Rockwell, are Against the State.

According to a familiar tale, states before the inception of liberalism in the seventeenth and eighteenth centuries were fatally flawed. They sought to impose on their subject populations a political and religious orthodoxy. The Protestant Reformation brought some progress, but all too often, control by the monarch replaced dominance by the Catholic Church. Premodern illiberal states “taught and imposed on society a distinctive view of the good life. … Those who disagreed with this view of religion imposed by the state had to be resisted or expelled or incarcerated or killed.”

What was the distinctive contribution of liberalism? According to this view, the state must not rule on the basis of what Rawls calls a “conception of the good.” By this he means a comprehensive view of the good life for human beings. Religions are prime examples of conceptions of the good, but not the only ones. The all-embracing theory of life taught in Soviet Russia in the glory days of Lenin and Stalin would be a secular example of what liberalism deplores and seeks to eradicate.

Instead, liberals maintain, the state must remain neutral in the battle between such competing conceptions of the good. People must be allowed to work out their own salvation, religious or secular, as their own consciences dictate.

The recent Rawlsian account of liberalism rests itself on a notion of a neutral core of morality … which all such visions [of the good] are supposed to be able to accept and live by. … The core morality sets down conditions of respect and tolerance that, while permitting each person to pursue their vision as they wish, forbids them so to pursue it so they forcibly prevent others from pursuing other visions.

What is wrong with that? Is it not simple common sense? Who can reject freedom of conscience?  Simpson exposes a crucial weakness in this seemingly impregnable argument for liberalism. The supposedly neutral state does not ensure freedom of conscience. It itself imposes its own ideology, namely liberalism, on everyone.  The state is not an impartial umpire, standing above competing conceptions of the good: it is a powerful and malevolent force.

The paradox is that while liberalism claims to free people from the oppression of states that impose on everyone the one true doctrine espoused by the state, liberalism itself imposes on everyone such a doctrine: namely liberalism itself. … All those in professedly liberal states who, for whatever reason, do not accept the liberal doctrine, or are suspected of not doing so, become enemies of the state. … The liberal state has proved itself as ruthless against its opponents as any illiberal state is supposed to have done.

Even if Simpson’s argument is right, though, is there not an obvious objection he must confront? Is it not better to have a “neutral” state, which at least professes the ideal of freedom of conscience, than an avowedly ideological state that openly demands conformity?

Simpson has a brilliant response to this objection. The state is not necessary at all. To the contrary, he says, the state is an invention of the modern world. In what sense is this true? Simpson has in mind Max Weber’s famous definition of the state as an organization that claims a monopoly on the legitimate use of force.

Note, too, the novelty of this idea, for what Weber brings to our attention … is the difference between what existed before and what exists now. Before the modern emergence of the state, no institutional structure had a monopoly of coercive enforcement.

In past times, people to a large measure protected their persons and property by their own efforts.

One sign of the accuracy of Weber’s definition [of the modern state] is the absence of organized police forces in the pre-modern world. … The functions we now depute exclusively to the police were performed previously by the citizens, who relied on themselves and their relatives and friends for the enforcement of rights and for defense and protection.

In the face of the tyrannical contemporary state, Simpson places special emphasis on the private ownership of guns.

Weapons of self-defense … and nowadays primarily guns, belong naturally to the family. … By the situation of present times, the first defense is against the state. … Weapons, therefore, naturally belong in the hands of the people, and it is intrinsically unjust for any higher authority to confiscate or forbid them.

The monopoly state, supposedly needed to protect us, harms rather than benefits us. The record of the state is no better in foreign affairs. The modern liberal state has brought death and destruction, far more than it has protected us from foreign invaders.

One cannot even say that it was the totalitarian and not the liberal version of the state that caused total war. In the world wars of the twentieth century that were fought between liberal and totalitarian states, the liberal states caused at least as much death and destruction as the totalitarian ones, and these liberal states also pursued war when the totalitarian ones would have preferred peace. … So how, then, is liberalism better as regards war, since all systems will fight when they think they must? The only difference seems to be that liberalism will fight total wars, while most of these other systems will not be able to,  which is an argument against liberalism and the state, not for them.

In his account of the rise of the state and the ideology that purports to justify it, Simpson brings to the fore the philosophy of Hegel, who remarked that the state “is the march of God in the world.” I would add to Simpson’s fine discussion that Hegel, incredibly, regarded the decline of the “divided conscience,” when the Church was an independent source of authority apart from the monarch, as a part of the growth of freedom. Now people were “free” to obey the state, without the distraction of a competing authority.

Simpson applies his anti-state perspective to American history. He does not view the Constitution with favor. Its adoption was a coup for centralizers and a blow against the dispersal of power.

The Constitution, therefore, makes two different changes [from the Articles of Confederation] at the same time: from a league to a national government and from a congress of delegates to a congress  of individuals whose collective power, because it is the coercive power of the state and because in extremis it is unlimited, amounts to autocracy or despotism.

Simpson highlights to great effect the warnings of the Anti-Federalists against the potential for tyranny inherent in the Constitution.

As mentioned earlier, Simpson is no libertarian; and Austrians and libertarians will differ with some of his remarks about the economy. It is all the more remarkable, then, that Simpson’s views on the state converge so substantially with views that we at the Mises Institute have long defended. In our efforts to do so, we now have the help of the arguments of this original thinker and distinguished scholar.