There's No Such Thing As a Free Patent 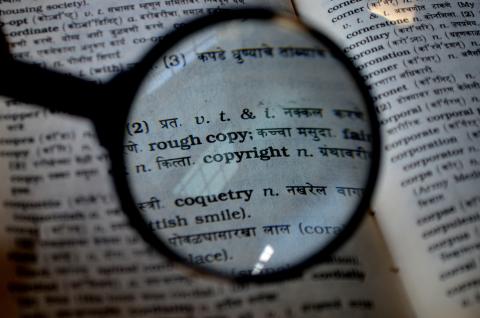 The conventional defense of the patent system is that it is essential in order to stimulate creativity.1  For example, in "Don't Believe the Hype" (Feb. 2005, IP Law & Business), patent attorneys John Benassi & Noel Gillespie conclude that our patent laws continue to "foster innovation." This is so even though many observers believe our patent system is "out of control and that overworked patent examiners are issuing overly broad patents."

Costs Must Be Considered

But the benefits that flow from the patent system are only half the story, since the system also comes with costs. Even if we are going to adopt a wealth-maximization criterion (which is, admittedly, problematic),2 we must compare the costs to the benefits to know whether the system is worth having at all.

If costs are not taken into account, there are no limits to what could be done to encourage innovation. Some, for example, suggest replacing the patent system with a federal commission that gives taxpayer-funded rewards to inventors deemed worthy. "Under a reward system, innovators are paid for innovations directly by the government (possibly on the basis of sales), and innovations pass immediately into the public domain. Thus, reward systems engender incentives to innovate without creating the monopoly power of intellectual property rights."3

Other activists, from the

free culture movement, cloak a radical agenda beneath their innocuous idea that 'information wants to be free.' They demand that nations (and even individual U.S. states) pass legislation requiring purchase of open-source software. They are uncomfortable with corporations directing investment in research and development and owning their innovations. . . . The activists thus want to radically change how pharmaceutical innovation is accomplished. They propose that governments should nationalize intellectual property, levy new taxes to fund R&D, and then incentivize R&D through prizes administered by new government-sponsored enterprises or, even better, international nongovernmental organizations (NGOs) staffed by technocrats unaccountable to voters.4

Transferring money from taxpayers to inventors would no doubt "foster innovation," but would the extra innovation thereby stimulated be worth the cost?

Patent rights could also be strengthened in order to provide an even greater stimulus for innovation. The patent term could be extended to 100 years, for example (some IP proponents, such as Galambos, actually favor a perpetual patent term).5 The promise of four decades of additional monopoly profits would arguably stimulate even more innovation by pharmaceutical companies. Patent infringement could be made into a criminal offense, punishable by jail or even capital punishment; or treble damages, awarded now only in egregious cases of "willful infringement," could be awarded routinely. The scope of coverage of patent claims could be legislatively broadened to cover a greater range of "equivalents." Each of these changes, viewed in a vacuum, makes patents more valuable and thus establishes additional incentives to invest in R&D. Why not adopt all these innovation-encouraging measures, and more? Where is the stopping point?

If the patent system is to be a net benefit to society, the gains it provides (the extra wealth and innovations the system stimulates) should be greater than its costs, according to standard law and economics "wealth-maximization" reasoning. As Landes and Posner—deans of the law and economics approach—point out, innovators themselves engage in a similar calculus: "For a new work to be created the expected return . . . must exceed the expected costs."6

In other words, the theory is that the innovator will engage in innovating activity only when he believes he can reap a profit. And the very point of a patent system is to make it easier for inventors to earn a profit, so that more of them will invest time and resources trying to innovate.

Likewise, the entire patent system's "gains"—the extra wealth or innovation it stimulates—needs to be clearly greater than the costs of the system if the patent system is to be a net benefit to society. How we are to go about measuring such costs against the benefits, and include the opportunity costs of time, is a crucially important issue. But if one is going to advocate a system on the grounds that it is beneficial, one must attempt to account for costs as well.

What Costs Are There?

And there are clearly costs to the system. Indeed, some of the purported "benefits" cited by Benassi and Gillespie may really be costs. They note, for example, that venture capitalists insist on a strong patent portfolio when evaluating whether to invest in a company. But this is because, in part, patent portfolios are necessary to defend against other companies' portfolios. If there were no patent system, one would not need to defensively spend money building up a mountain of patents to use in counterclaims or cross-licensing negotiations.

The authors also acknowledge that, "Unfortunately, there are companies that make no products and whose only business is to acquire patents in order to enforce them against large industry segments." This may be "unfortunate" in the authors' eyes, but it is a predictable, unavoidable consequence of having a patent system. Such patent holders can no more be said to be "abusing" their rights than are other patent holders. In any event, this is also apparently a "cost" of the patent system, at least according to the authors.

Other costs can also be noted. Companies pay patent attorney salaries, patent filing and maintenance fees, and significant litigation costs (it can easily cost over a million dollars to defend from a patent infringement lawsuit, even if you win), as well as higher insurance premiums due to the risk of being involved in patent infringement litigation. Some patents that should not have been granted, and others whose coverage is ambiguous, plus the unknown existence of some hidden patent lurking in the thousands granted to date, pose significant uncertainty to companies, especially high-tech start-up companies who cannot afford to risk a patent infringement lawsuit from a more established company. They might not even be able to afford to pay tens of thousands of dollars to patent attorneys to examine and issue an opinion regarding every potential patent issue that arises. So the company either forges ahead, risking a lawsuit, or decides to avoid making the product out of fear of litigation.

Some even argue that innovation is diminished by a patent system: perhaps companies would have an even greater incentive to innovate if they could not rely on a near twenty-year monopoly.7 Another cost arises from the fact that patents can be obtained only for "practical" applications of ideas, but not for more abstract or theoretical ideas. This skews resources away from theoretical R&D and toward practical gizmos and applications, which surely has some cost as well.8  As Rothbard noted,

Plant, in his excellent paper, notes several costs of the patent system that are typically ignored by advocates of it. For example, he relates (p. 39) the theory of one I.K. Brunel who maintained that patent laws induce people to spend more time and effort trying to come up with patentable inventions, and relatively less time on making "improvements, and refinements of a non-patentable kind," thus wasting resources--and actually slowing down development because the workers are engaging not in the types of innovations they need for their product development but rather in things that satisfy the patent office.

As Julio Cole points out in his superb article:

Apart from the considerable administrative costs and legal expenses associated with patent litigation, perhaps the most obvious economic cost of a patent system is that, in order to create incentives for the production of inventions that otherwise would not have been developed, patents create monopoly privileges over inventions that would have been developed even without the incentive. . . . The existence of patents also induces wasteful expenditure of resources by competitors trying to 'invent around the patent,' i.e., to develop competing products that are sufficiently differentiated so as not to infringe on an existing patent. [p. 89 & 92, footnotes omitted]

Cole also discusses other costs of the patent system, including the way that patents can actually hinder technical progress, such as in the case of Henry Ford and the Wright brothers. Cole also relates (p. 91) that "For nearly a quarter of a century . . . James Watt was able to prevent other engineers from constructing new types of steam engine, even under license from himself." At least one historian argues that the Industrial Revolution did not really take off until 1785, the year Watt's patent expired."

Undeniably, the very existence of a patent imposes significant costs on society.

To note that there are costs is not to claim that the patent system costs too much. In fact, there is no real way to accurately know what these costs are, which is why we should leave it to the market and to entrepreneurs themselves to assess and forecast costs and benefits, and pay the price or reap the reward for their judgment. A pure market in this case would be one that does not award a monopoly privilege to a person or institution merely because a paper is filed with the government.

In any event, it is incumbent on those who claim the patent system bestows benefits on society to be forthright in acknowledging the costs of obtaining the desired results. They should enumerate the costs, and the benefits, and explain why it is clear that the latter exceeds the former.

This is, unfortunately, something patent advocates never do. They simply assume that the amount of wealth or innovation or other social benefit proxy that the patent system facilitates is necessarily much greater than the (obviously non-zero) costs of such a system. Why this assumption? To my knowledge, studies have not conclusively established that the benefits of the patent system outweigh its costs.10 It is just assumed. It should not be.