There Is Money and Then There Are Money Substitutes 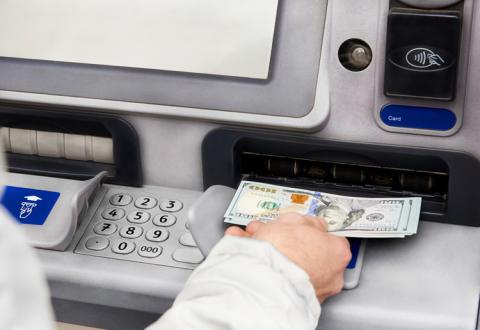 Claims to a definite amount of money, payable and redeemable on demand, against a debtor about whose solvency and willingness to pay there does not prevail the slightest doubt, render to the individual all the services money can render, provided that all parties with whom he could possibly transact business are perfectly familiar with these essential qualities of the claims concerned: daily maturity and undoubted solvency and willingness to pay on the part of the debtor.

We may call such claims money-substitutes, as they can fully replace money in an individual's or a firm's cash holding. The technical and legal features of the money-substitutes do not concern catallactics. A money-substitute can be embodied either in a banknote or in a demand deposit with a bank subject to check ("checkbook money" or deposit currency), provided the bank is prepared to exchange the note or the deposit daily free of charge against money proper.

Token coins are also money-substitutes, provided the owner is in a position to exchange them at need against money free of expense and without delay. To achieve this it is not required that the government be bound by law to redeem them. What counts is the fact that these tokens can be really converted free of expense and without delay. If the total amount of token coins issued is kept within reasonable limits, no special provisions on the part of the government are necessary to keep their exchange value at par with their face value. The demand of the public for small change gives everybody the opportunity to exchange them easily against pieces of money. The main thing is that every owner of a money-substitute is perfectly certain that it can, at every instant and free of expense, be exchanged against money.

The issue of money-certificates does not increase the funds which the bank can employ in the conduct of its lending business. A bank which does not issue fiduciary media can only grant commodity credit, i.e., it can only lend its own funds and the amount of money which its customers have entrusted to it. The issue of fiduciary media enlarges the bank's funds available for lending beyond these limits. It can now not only grant commodity credit, but also circulation credit, i.e., credit granted out of the issue of fiduciary media.

Earlier economists applied a different terminology. Many were prepared to call the money-substitutes simply money, as they are fit to render the services money renders. However, this terminology is not expedient. The first purpose of a scientific terminology is to facilitate the analysis of the problems involved. The task of the catallactic theory of money—as differentiated from the legal theory and from the technical disciplines of bank management and accountancy—is the study of the problems of the determination of prices and interest rates. This task requires a sharp distinction between money-certificates and fiduciary media.

[This article is excerpted from chapter 17 of Human Action.]