There Is Life after Default 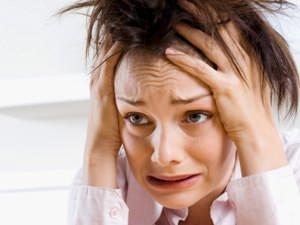 In following the debates over raising the US debt ceiling, I’m struck by the frequent claim that defaulting on public debt is unthinkable because of the “signal” that would send. If you can’t rely on the T-bill, what can you rely on? Debt instruments backed by the “full faith and credit” of the United States are supposed to be risk-free — almost magically so — somehow transcending the vagaries of ordinary debt markets. The Treasury bill, in other words, has become a myth and symbol, just like the US Constitution.

I find this line of reasoning unpersuasive. A T-bill is a bond just like any other bond. Corporations, municipalities, and other issuers default on bonds all the time, and the results are hardly catastrophic.

Financial markets have been restructuring debt for many centuries, and they’ve gotten pretty good at it. From the discussion regarding T-bills, you’d think no one had ever heard of default-risk premiums before. (Interestingly, this seems to be a case of American exceptionalism: people aren’t particularly happy about Greek, Irish, and Portuguese defaults, but no one thinks the world will end because of them.)

So, isn’t it time to demythologize all of this? Treasuries are bonds just like any other bonds. There’s nothing magic, mythical, or sacred about them. A default on US government debt is no more or less radical than a default on any other kind of debt.

“What is prudence in the conduct of every private family can scarce be folly in that of a great kingdom,” Adam Smith famously observed. Bankrupt firms, like bankrupt families, restructure their debt obligations all the time. The notion of T-bills as sacred relics to be once and forever “risk-free” seems more like religion than economics to me.

At the same time, there is another option for entities struggling to make their interest payments: asset sales. Bob Murphy, David Friedman, and Steve Horwitz have recently made this point. Public discussion on the US debt crisis assumes that the only options for meeting US debt obligations are increasing taxes, cutting spending, or both.

But asset sales are another viable option. There’s a huge literature in corporate finance (e.g., Shleifer and Vishny, 1992; Brown, James, and Mooradian, 1994; John and Ofek, 1995) that explores the benefits and costs of asset sales as a source of liquidity for financially distressed firms.

Of course, selling assets at fire-sale prices under dire circumstances is far from the best option, but as this literature points out, it is often better than bankruptcy or liquidation. One of the best-known results (documented by John and Ofek) is that asset sales tend to increase firm value when they result in an increase in focus. Would it really be so bad if the US government sold off some foreign treasuries and currency, the Strategic Petroleum Reserve, its vast holdings of commercial land, and other elements of its highly diversified and unaccountably bloated portfolio?

If asset sales aren’t feasible, is default really an option? Isn’t the global financial system dependent on the US dollar and the AAA rating of US government debt? Isn’t default “off the table,” as President Obama and Congressional leaders insist?

Of course not. Default and even repudiation are policy options that have benefits and costs, just as continuing to borrow and increasing the debt have benefits and costs. Reasonable people can disagree about the relevant magnitudes, but comparative institutional analysis is obviously the way to go here. (Unfortunately, most of the academic discussion has focused entirely on the possible short-term costs of default, with almost no attention paid to the almost certain long-term costs of continued borrowing.)

In all the commentary, I’m a bit surprised no one has brought up William English’s 1996 AER paper, “Understanding the Costs of a Sovereign Default: American State Debts in the 1840s,” which provides very interesting evidence on US state defaults. It’s not a natural experiment, exactly, but it does a nice job exploring the variety of default and repudiation practices among states that were otherwise pretty similar. Here’s the meat:

Between 1841 and 1843 eight states and one territory defaulted on their obligations, and by the end of the decade four states and one territory had repudiated all or part of their debts. These debts are properly seen as sovereign debts both because the United States Constitution precludes suits against states to enforce the payment of debts, and because most of the state debts were held by residents of other states and other countries (primarily Britain). ...

In spite of the inability of the foreign creditors to impose direct sanctions, most U.S. states repaid their debts. It appears that states repaid in order to maintain their access to international capital markets, much like in reputational models. The states that repaid were able to borrow more in the years leading up to the Civil War, while those that did not repay were, for the most part, unable to do so. States that defaulted temporarily were able to regain access to the credit market by settling their old debts. More surprisingly, two states that repudiated a part of their debt were able to regain access to capital markets after servicing the remainder of their debt for a time.

Amazingly, the earth did not crash into the sun, nor did the citizens of the delinquent states experience locusts, boils, or Nancy Grace. Bond yields rose, of course, in the repudiating, defaulting, and partially defaulting states, but not to “catastrophic” levels. There were complex restructuring deals and other transactions undertaken to try to mitigate harms.

A recent CNBC story on Europe cited “the realization that sovereign risk, and particularly developed market sovereign risk exists, because most developed world sovereign [debt] was basically treated as entirely risk free,” quoting a managing director at BlackRock Investment Institute. “With hindsight, we can say ... that they have never been risk free, it’s just that we have been living in a quiet time over the last 20 years.”

Doesn’t sound like the end of the world to me.

"Editor's note: This article was originally published on July 22, 2011. For more on this topic, see John P. Cochran’s "The Ethics of Repudiation" and Murray N. Rothbard's " Repudiating the National Debt."