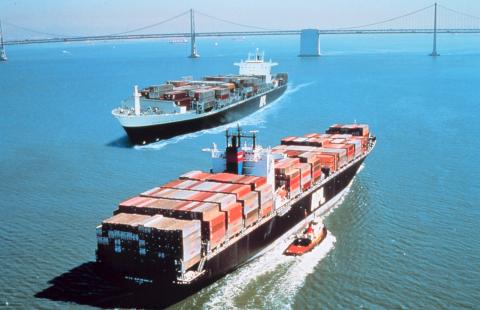 Presidential candidate Patrick Buchanan has spoken out against U.S. led economic sanctions against Iraq, which according to all observers have wreaked havoc in that unfortunate land. [Read his speech here.]

Buchanan spoke forcefully and eloquently about how sanctions are killing about 60,000 Iraqi children a year and how the internationally imposed economic barriers have preyed upon the weakest of citizens. He questioned the very morality of our nation imposing such hardships upon another people.

Further, he said, "Among my first acts as President will be to declare an end to all sanctions on the sale or transfer of U.S. food, medicine, or goods essential to a decent life or a civilian economy now in force against Cuba, North Korea, Iran, Iraq, Libya, Myanmar, Sudan, and all the other targeted nations of U.S. sanctions policy."

It’s about time someone said it.

Would that Buchanan and others in his protectionist camp would be consistent in their decrying of sanctions. Just a few weeks ago they were demanding the U.S. place trade restrictions upon nearly every country in the world.

They are right when they declare that economic sanctions amount to an act of war; what they fail to say is that there is virtually no difference in economic sanctions and the standard trade barriers for which unions, environmentalists, and others demanded as they rioted through the streets of Seattle during the World Trade Organization meetings.

Buchanan himself has become the leading spokesman for these types of sanctions. He even wrote an entire book decrying free trade (the "great betrayal") based on the idea that restricting trade creates prosperity. Indeed, he considers his promotion of trade protectionism to be his great contribution to modern intellectual and political history.

Consider Iraq, for example. The U.N. restrictions allow that country to export some (though not all) oil in order to purchase basic foodstuffs and medicines, along with other goods. The sanctions have reduced Iraqis to international beggars, as relief organizations attempt to make up the difference in what citizens of that country can buy and what is placed beyond their reach.

There can be no doubt that Buchanan and others who call for an end to economic sanctions everywhere are correct. Such limitations do cause destruction and do nothing to bring tyrants to their knees, which ostensibly is the reason for such restrictions in the first place.

However, there is virtually no difference between sanctions and conventional trade barriers. Take Buchanan’s standard fare, for example. He has called for high protective tariffs on textiles, food, oil, automobiles, steel, and numerous other products, all in the name of protecting U.S. workers who must compete with workers abroad who also make these products. He has called for international wage parity to be imposed by legislative fiat, which would cut off trade with large parts of the world

The justifications for such proposed restrictions are legion. Workers abroad earn lower wages than do U.S. workers. Other countries do not have the Environmental Protection Agency to restrict or shut down their operations. Foreign governments sometimes subsidize companies that sell products in this country, and on and on.

Such arguments may sound good during a campaign speech in a union hall, but when carefully examined, they are something else altogether. They are calls for what amounts to acts of war not only on other nations, but also upon ourselves.

Take import restrictions, for example. One way to keep products out of this country is to levy high tariffs upon them. Another way–-and just as effective–-would be for warships of another country to blockade our ports. The former is declared to be something that is "nationalistic," while no doubt we would see the other as an act of naked aggression. Yet, there is no difference between the two when it comes to examining their results.

President Bill Clinton, in an interview with a Seattle newspaper, declared that nations that do not meet "international labor standards" should be hit with economic sanctions, a statement that resonated with many in this country. In other words, any country that does not adhere to the demands of U.S. and European labor unions should face the same fate as Iraq and be starved into submission.

There was no outcry from Buchanan when Clinton made that statement. In fact, Buchanan excoriated Clinton for "not going far enough." Thus, the naked hypocrisy of Buchanan and others who call for trade barriers is exposed. A nation that has engaged in aggression against its neighbors and allegedly harbors chemical and biological weapons and supports terrorist attacks upon innocent civilians is to be given full trade rights. On the other hand, a country where poor peasants are willing to work for something less than U.S. minimum wage deserves nothing less than devastation done to its economy.

Standards of justice and decency demand that sanctions be lifted against Iraq. However, the people of nations like Guatemala, Bangladesh, China, and Peru are not deserving of the same fate as Iraq just because they are poorer than we are. It makes no sense to decry aggression against Iraq, and then demand the same treatment for those countries that wish to do nothing more than engage in peaceful exchange with American citizens.