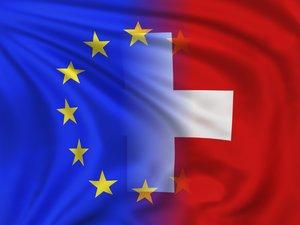 You can fix your currency or you run independent monetary policy. But you cannot do both at the same time. In spectacular fashion, the Swiss government finally capitulated and decided control over the money supply was more important than a fixed rate against the euro. The Swiss franc rocketed up 30 percent in value minutes after the central bank’s decision to let the currency float.

Switzerland established the peg to the euro of 1.2 Swiss francs to the euro in September of 2011, in the midst of the European financial crisis. To keep the peg intact, the Swiss central bank has been forced to buy massive quantities of euros with newly printed Swiss francs which they promptly converted into Euro government bonds. The impact on the money supply has been devastating. M1 in Switzerland has surged over 20 percent in the last three years and nearly 130 percent since 2008. The Swiss national bank’s balance sheet increased nearly 50 percent since the establishment of the peg. Of course, this has led to a surge in asset prices and has made Swiss housing even more unaffordable.

Why Peg the Franc to the Euro?

One of the reasons the Swiss central bank established the peg was on the notion that its currency was overvalued and that exporters were being unjustifiably hurt by the appreciating currency. Of course, the term overvaluation is loaded language. The market determines exchange value. In a capitalist economy, prices are set by supply and demand where everyone who wants to sell will find a buyer who wants to buy. Exchange rates are also determined by supply and demand. Nothing, including currencies, is over or undervalued.

The notion that exporters were hurt is also somewhat suspect. Exporters now have a myriad of financial products available to hedge foreign currency risks. Swaps can even allow them to hedge these risks long term. Also, an exporter imports many of its inputs. Globalization has forced many exporters to span the globe for resources. An appreciation therefore has less of an impact on an exporter’s profits since it not only reduces an exporter’s revenues but also lowers the cost of the exporter’s imported inputs (video).

The Swiss central bank should have been more concerned with stability of the money supply. It should never have been involved in gearing monetary policy to benefit one group of society — exporters — at the expense of another — consumers — from an appreciating currency.

The Swiss action, because of its suddenness and unpredictability, actually hurt exporters. When a country pegs a currency, an exporter is unlikely to hedge his foreign currency risk. The appreciation of the franc caught most exporters flatfooted, since they trusted the floor and had simply stopped hedging export revenues and import costs. This action will cost some exporters dearly. Some may be forced into bankruptcy.

We must remember that every action will have winners and losers. Swiss consumers will benefit from lower prices. Domestic firms that import their inputs and sell on the domestic market will also gain.

The Cost of the Peg

In theory, the Swiss could have held the floor. To keep your currency from appreciating, all you need to do is print, print print. Of course, this printing is not without consequences. With this bold move, the Swiss have crossed the Rubicon. They cannot go back. They have indicated to speculators there is a pain threshold, or monetary expansion, that the Swiss are not willing to bear. Any attempt to set a new floor would set up a one way bet for speculators.

With the increasing likelihood that the European Central Bank would violate the Maastricht treaty and purchase sovereign debt, the Swiss finally decided they had had enough. The talk now is that the ECB will purchase over a trillion euros worth of bonds. To keep the peg, the Swiss would have had to increase the money supply by the same percentage, which would have been irresponsible monetary policy for such a small country.

By letting the peg go, Switzerland did the right thing. It should now concentrate on eliminating most EU debt from its balance sheet. There is an EU storm brewing, and Switzerland will no longer be one of the innocent bystanders.