The Euro Is Not Overvalued (Nor Is Any Other Currency) 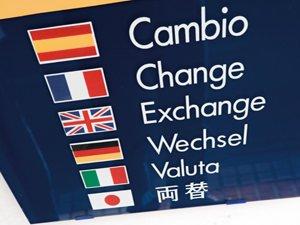 03/22/2014Frank Hollenbeck
A common argument for dumping the Euro is that it is overvalued, and that the ECB (European Central Bank) is unwilling to correct this so-called “problem.” This overvaluation is regularly cited as being over 10 percent against the dollar. The Swiss central bank surrendered control of its money supply by fixing its currency at 1.2 against the Euro essentially on the notion that its currency was “overvalued.” Advocates of a Euro breakup consider that a country with its own currency can then follow an independent monetary policy ensuring a competitive exchange rate. Never mind that neither the USA nor Great Britain have improved by following aggressive monetary policies that have depreciated their currencies. Such policies have also forced other countries, such as Brazil, to retaliate. As Mises foresaw,

A general acceptance of the principles of the flexible (exchange rate) standard must therefore result in a race between the nations to outbid one another. At the end of this competition is the complete destruction of all nations’ monetary systems.

The idea that a currency can be overvalued or undervalued comes from the theoretical concept of purchasing power parity (PPP): the idea that the exchange rate should reflect the ability to purchase the same basket of goods in either currency.

For example, suppose gold is selling for $1,000 in New York and 1,000 euros in Paris, and the exchange rate is 1.3 dollars to the euro. The adherent of PPP theory would note that this situation would soon end due to the reality of arbitrage. For example, you could buy an ounce of gold in New York, bring it to Paris and sell it for 1,000 euros, then convert your euros into dollars and make a $300 profit. Arbitrage is like finding a $100 on the sidewalk. It can happen, but not often or for very long. The price of gold would rise in New York, fall in Paris, or the exchange rate would adjust. Since gold is priced in dollars worldwide and the market for foreign exchange is large, the price in Paris would normally drop to 800 euros. The exchange rate of 1.3 reflects the ratio of the price of gold in New York divided by the price of gold in Paris.

According to many economists who subscribe to the theory of purchasing power parity, if the above scenario is true for gold, the same can be true of all other goods. So, according to PPP theory, the exchange rate, between dollars and euros for example, is the ratio of all prices in the USA against prices in Europe. This is where the exchange rate should be: i.e., based on the “fundamentals.” Any deviation is seen as an overvaluation or undervaluation of the currency.

There are some major problems with this assertion. Although arbitrage can be used for gold, it cannot be used for all goods. You cannot arbitrage a hamburger or a haircut between countries. Purchasing power parity cannot be applied to non-traded goods. Yet, it also cannot be used for many traded goods. The price of a steak you eat in a Manhattan hotel overlooking the city will not be the same price, adjusted by the exchange rate, as the steak eaten at a stop-and-go restaurant on a major highway near Paris. If you consider the consumption of a good not just the product but the convenience, environment, and a multitude of other factors, only a few traded goods, such as gold or oil, fit into the arbitrage definition necessary for purchasing power parity. What exactly is the price of a loaf of bread — when the same loaf can be sold at different prices — from the supermarket to the restaurant to the gas station of the same neighborhood? They are the same product but other attributes make them different as perceived by consumers and therefore cannot be arbitraged.

The Economist magazine publishes twice yearly the Big Mac Index (video) which measures the “over- or undervaluation of a currency. Of course, the price of a hamburger has more to do with the cost of labor and rent than with the cost of the bun, meat, or pickles in a Big Mac. It is also a non-traded good, so we should not expect arbitrage to force uniformity in prices across countries or regions. The Economist is trying to sell magazines, so it is justified in being less than precise. However, professional economists should not be using this index, or any index, to identify a currency as undervalued or overvalued. In reality, such statements are total nonsense.

The value of a currency, as reflected in the exchange rate, is determined by supply and demand. The price of rice is not overvalued nor is the price of apples undervalued. Such a statement would be considered idiotic for rice or apples, but is considered justified for exchange rates. Equilibrium exists where the quantity demanded is equal to the quantity supplied. No one is overpaying or underpaying. To suggest that someone is indeed “overpaying” implies the buyer is irrational. It is sad to see economists in central banks, like the Swiss central bank, incapable of drawing obvious conclusions about exchange rates from such simple concepts as supply and demand.

Economists should banish the words overvaluation or undervaluation from their vocabularies when talking about currencies. These terms should also be stricken from international finance textbooks. The euro is not overvalued, nor should faulty logic be used as an argument to dismantle it.