GET NEWS AND ARTICLES IN YOUR INBOXPrint
A
A
Home | Mises Library | Sweden: Poorer Than You Think

Sweden: Poorer Than You Think 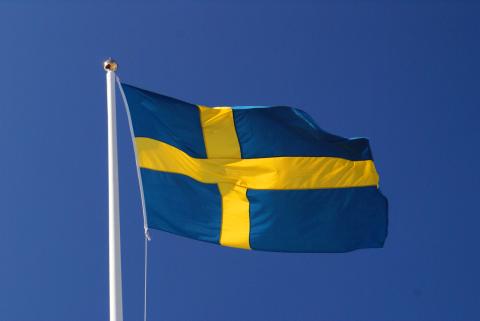 One of the enduring myths of the "Third Way" welfare state is that a nation as a whole can have a high standard of living--even if no one really has to work--as long as government transfers massive amounts of wealth from those who are well off to those who are less well off.  For the past four decades, we have been inundated with news stories, books, and public commentary, all of which have exhorted us to be like Sweden.

The Swedes, we have been told, enjoy free medical care, generous welfare benefits, time off from work, and subsidies for just about everything. When one counters that Swedes pay enormously high taxes, the standard reply is, "That is true, but look at what they receive for their payments."

According to a recent study, however, the cat is out of the bag.  Relative to household in the United States, Swedish family income is considerably less. In fact, the study concludes, average income in Sweden is less than average income for black Americans, which comprise the lowest-income socioeconomic group in this country.

The research came from the Swedish Institute of Trade, which, according to Reuters, "compared official U.S. and Swedish statistics on household income as well as gross domestic product, private consumption and retail spending per capita between 1980 and 1999."

The study used "fixed prices and purchasing power parity adjusted data," and found that "the median household income in Sweden at the end of the 1990s was the equivalent of $26,800, compared with a median of $39,400 for U.S. households." Furthermore, the study points out that Swedish productivity has fallen rapidly relative to per capital productivity in the USA.

In defense of the Swedes, let me first say that simple comparisons of income can be deceiving. While I have never been to Sweden (even though I have relatives there), I would think that even the poorest sections of Stockholm and other Swedish cities are more livable and attractive than what one finds in many U.S. cities. Even with the high taxes, I think I would rather live in downtown Stockholm than in downtown Detroit or Newark.

However, the study alerts us to something that is much more important, and that is that the European welfare states are not making their citizens wealthier. Over time, the cracks in these relatively wealthy nations are growing larger, and if the disease is not arrested, much of Europe will tumble off into real poverty in the not-so-distant future. Europeans--and, most likely, Americans--seem destined to learn the hard way that large, seemingly intractable welfare systems have their way of destroying the Goose that Laid the Golden Eggs.

While people can debate the present condition of Swedes in Stockholm versus blacks in Harlem, there is a deep issue here that people seem to forget when it comes to welfare states: they are destructive at their roots. Advocates of welfarism concentrate only upon distribution while vilifying production. Such a state of affairs cannot go on forever as governments are forced to cannibalize their own capital structure over time in order to make the system to continue to work.

The premises of the welfare state are as follows: (1) free markets, if not regulated by the state, lead to continuing inequality, as wealth becomes increasingly concentrated in the hands of a few people, while more and more people become poorer; (2) the only way to combat this problem is for the state to take a large portion of earnings from the wealthy and distribute it among others; and (3) such distribution actually enables the economy to grow, since growing concentration means that fewer people will have the ability to consume the products that are created within a private-market system.

As Ludwig von Mises and Murray Rothbard have pointed out, in a private-market society, individuals cannot gain wealth unless they produce goods that are demanded by large numbers of people. For example, it was Henry Ford who became rich producing cars, not the producers of early luxury automobiles that were accessible only to the wealthiest people in American society. Ford developed a method in which he could create cars that most people could afford, yet keep his costs low enough to where he could still make a profit. The most successful producers in our economy have been those people who make goods accessible to people across all socioeconomic levels.

Wal-Mart, which is another example, became the largest corporation in this country--and one of the most successful--by creating a retail system that would enable large numbers of people to conveniently do their shopping. In fact, Wal-Mart began its route to success by building discount stores in rural areas and small towns that were shunned by larger department stores and enterprises like the now-bankrupt Kmart.

Therefore, it seems that if producers are becoming wealthier, it can only occur if consumers are purchasing on a large scale what the the producers are producing. The first statement justifying the welfare state does not have a good causal mechanism, for it does not explain how this transfer of wealth from poor to rich takes place, especially since it makes the implicit assumption that the voluntary purchase of goods is actually a wealth transfer.  Such a statement turns the age-old theory of exchange--that economic exchanges create mutual beneficiaries--upon its head.

If anything, wealth transfers inhibit economic growth, not increase it. For one, it violently penalizes entrepreneurs for being successful. By accusing those who create wealth of actually being the ones who destroy wealth, welfarists do violence to language itself. If enough people are punished for creating wealth, less wealth will be created in the future. The more government impedes the creation and distribution of wealth, the less that will be created, which means that those people who are on the margins--that is, those who are less productive--are the first to be hurt. Thus, the welfare state actually makes the poor worse off in the long run.

This notion that the welfare state actually "helps" an economy is also bogus. As I stated earlier, consumption of goods must first take place before producers can reap the rewards from creating them. Furthermore, welfare regimes that attack business enterprises by  confiscating their profits also impede future capital formation.

This became quite apparent to me in 1982 when I went to Central Europe, including what was then East Berlin, the capital of the former communist East Germany. While East Berlin was likened to being the "Paris" of the then-communist world, it was more like a huge time warp in which one was placed back in 1948. The entire city was shabby, and what new construction there was had the appearance and attractiveness of a typical American public housing project.

While the western portion of Germany was better kept and more modern than its eastern counterpart, it was still like traveling back to the 1960s. West Germany had a well-developed welfare state by then, having shunned its earlier model as an engine of free enterprise. A close friend who is a dentist brought this point home to me.

Like other medical care, dentistry in Germany is run on socialist principles. That means that individuals do not pay directly for dental (or medical) care, which is provided by the state. My friends, who were vacationing in Germany, visited a number of dental offices and found that the facilities looked like dentist offices in the United States four decades ago. In other words, the German dentists are still depending upon old capital.

One of the worst aspects of socialism, economically speaking, is that it has the perverse tendency to turn new capital from an asset--as is the case in a free-market economy--into a liability. German dentists have no incentive to purchase more modern equipment, since it is expensive and patients have nowhere else to go. In fact, wherever socialist medicine has been practiced for a long time, one can readily see deterioration of capital stock.

For many years, Sweden, like its European counterparts, has been eating its capital stock instead of replenishing it. Some high-profile Swedish companies like Volvo have been able to remain well capitalized, but even those companies are now finding it more attractive to locate in other nations, where their profits are not so readily confiscated.

The Swedes and other northern Europeans are somewhat lucky in that they have had a relatively high standard of living. People in southern European nations like Italy and Spain--where high taxes and vast regulatory agencies abound--find themselves to be much poorer and with no prospects of real improvement.

Unfortunately, many Europeans (like our Canadian neighbors) believe that a vast welfare apparatus makes them morally superior to nations that do not have the same scope of benefits. (While one can point out that the United States has a huge welfare bureaucracy itself, it does not offer the same "generous," long-term benefits of the European states.) While they prattle on about their moral superiority and their egalitarianism, however, something else is happening.  They are slowly becoming poorer and poorer, and the welfare state cannot save them.  It can only accelerate their downward slide.