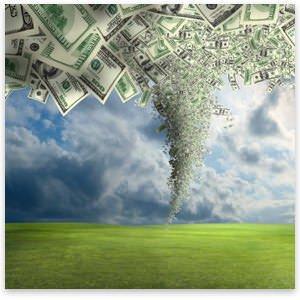 On June 3, 2011, 73-year-old Carey Dyess went on a shooting rampage in Yuma, Arizona. By the time the gunfire had stopped, 5 people lay dead, including the gunman. Almost exactly five months earlier, 23-year-old Jared Loughner had shot 6 people dead and wounded 13 more 240 miles east of Yuma in Tucson, Arizona. Among the wounded was Congresswoman Gabrielle Giffords.

Though the mass shootings occurred within the same state, only a few hundred miles apart, and separated by only five months, the outpourings of collective grief for the two incidents could not have been more different. Almost immediately after the first reports of the shooting in Tucson, a veritable choir that included the governor of Arizona, members of Congress, and even the president sang hymns of grief. Four days after the shooting, President Obama travelled to Tucson, where he led a national memorial service for the victims.

The public expressions of grief were not limited to government officials; on the Sunday morning following the shootings, our pastor asked the congregation to join him in praying for the victims and the city of Tucson. I am certain it was a prayer echoed in churches throughout the country on that Sunday morning.

But in the immediate aftermath of the June murders in Yuma, the choir that sang so beautifully for the victims in Tucson apparently lost their voices. The deep sorrows were gone, and the hall for the memorial service sat empty. At church the next Sunday, our pastor led the congregation in prayers that did not mention a word about the people in Yuma, Arizona. Neither the president nor the governor could even muster the time or money for a sympathy card.

Tragedy also hit this spring in the form of violent tornadoes that killed hundreds and destroyed property beyond recognition. One of the populated areas where the death and destruction was most severe was Joplin, Missouri. As we witnessed after the shootings in Tucson, President Obama, acting as a taxpayer-funded ambulance chaser, visited the cities to observe the effects of the tornadoes firsthand. The President arranged to fly thousands of miles across the Atlantic Ocean, where he was attending a meeting of the elites, to express his sympathies to the people of Joplin. He told them that the rest of the country would not forget their city until it had been restored.

Two days after the Joplin twister, a series of tornadoes touched down in the Oklahoma City area, killing at least four people and destroying millions in property. Though he was sitting in the White House, the president could not find time in his schedule to fly a couple of hours to Oklahoma to show his care.

These comparisons are not trivial. Why do some deaths garner presidential visits and — more importantly — taxpayer dollars for rebuilding and memorializing, while others do not? As I explain to my economics students, the explanation must lie in the marginal costs and benefits of grief.

At what point does the next killing or the next house getting destroyed get the attention of government? In Yuma, if one more person had fallen dead, would the choir have gathered to sing? Or if another 10, 20, or 100 had perished in the Oklahoma City storms, would the president have visited that city?

According to the Federal Emergency Management Agency (FEMA), in order for individuals affected by a tragedy to receive federal taxpayer assistance, the president must first declare their tragedy a "major disaster." The residents of Joplin qualified, while people in other areas that suffered loss of life and property did not. Is not the home destroyed in Oklahoma City just as tragic to the property owner as in Joplin or other towns hit by violent storms?

The benefits of taxpayer assistance reach beyond the individual: insurance companies that would be on the hook for billions in contractual obligations are relieved of paying certain bills.

The repair of one house destroyed by violent winds is the responsibility of the homeowner and the insurance company. But if the same house is flattened along with hundreds of others in close proximity, it now becomes the responsibility of the taxpayers, even though the personal loss is no greater than for the stand-alone home. Is it the 49th house destroyed on the block or the 50th that determines whether insurance companies or the taxpayers cover the losses? 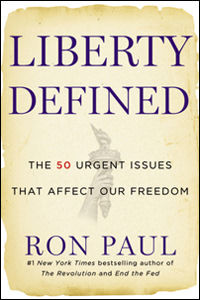 We saw this same concept of marginal grief after September 11, 2001. Relatives of those who died from crashing planes and falling buildings received death benefits from the Treasury. Many, however, lost their lives that very same day in accidents; but the only benefits their loved ones received came from the decedents' life-insurance policies.

The perversion caused by the government sponsorship of grief must be considered. A family crouched in their basement awaiting the arrival of a destructive storm must hope that, if their house is destroyed, many others will be too. Similarly, if one is facing a potentially deadly situation, one may hope that numerous others will meet their fate at the same time and place, because then one's heirs will receive greater benefits.

Only a government fixated on political gains and funded by an endless supply of taxpayer contributions can marginalize individual tragedy in such a manner.