GET NEWS AND ARTICLES IN YOUR INBOXPrint
A
A
Home | Mises Library | Subsidies, Market Prices, and the 2014 Farm Bill 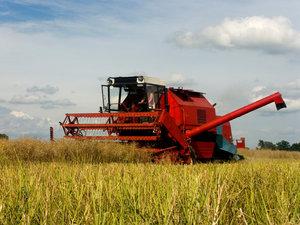 President Barack Obama signed the Agricultural Act of 2014 into law on February 7, 2014.1 The legislation becomes law later than anticipated given the usual timing for farm bills, which typically work their way through the Congress every five years.2 The last major farm bill was passed in May 2008,3 and key provisions of that bill were at the center of discussions of the federal “fiscal cliff” in late 2012.4 Of the $956 billion spent in this massive bill,5 about 80 percent is earmarked for nutritional assistance programming, with the balance going to various types of agriculture spending.6

Under PLC, which originated in the House version of the bill, national reference prices are set and payments to farmers would be triggered if the average market price for the crop year falls below the reference price level.9 Participation in PLC also makes the farmer eligible for additional subsidized crop insurance coverage under the newly created Supplemental Coverage Option.10 The ARC program is a Senate idea perceived as more advantageous for Corn Belt states like Nebraska, a fact evidenced by the active support lent to the proposal by the National Corn Growers Association.11 ARC provides payments “when actual crop revenue is below the ARC guarantee for the crop year, and that guarantee is 86% of a county-based yield formula multiplied by a national average price.”12 Participating farmers will have to make the one-time decision to opt for one program or the other for each crop, with the default choice being PLC if no election is made. Farmers can also opt for an individual farm version of ARC instead of the county-level version.13

The farm bill also expands taxpayer-subsidized crop insurance to include other crops for which subsidized insurance has not previously been available, namely fruits, vegetables, and other “specialty crops.”14 When combined with the new Supplemental Coverage Option, insurance subsidies start to look more like direct payments to farmers. According to Iowa State economist Bruce Babcock, farm losses totaled $6.2 billion from the 2012 drought, but taxpayer-subsidized insurance resulted in $14 billion being shelled out to plan participants. With the new supplemental program, Babcock estimates that figure would have exceeded $20 billion.15

Eliminating most direct payments is a great achievement for taxpayers and one that will ultimately help make the agricultural market stronger and more competitive. Their replacement with price guarantees, revenue support programs, and expanded taxpayer subsidies for crop insurance, however, is a troubling development. Government attempts to prop up prices may hamper trade with international partners. They also muddle the important signals for entrepreneurs that market prices send. The resulting miscalculations by businesses lead to harmful unintended consequences including surpluses, shortages, and wasteful misallocation of capital.16 Those are the sorts of mistakes that cause businesses, including farms, to fail. Substituting expanded insurance subsidies for the controversial direct payment programs may mean net cost savings now, but it also means that spending will climb in unsound programs that will be even tougher to tackle.

Instead of reshuffling these subsidy schemes, lawmakers might instead consider cutting taxes that punish capital accumulation and stifle economic growth. That would be the best farm aid of all.

This article was originally published by the Platte Institute for Economic Research.