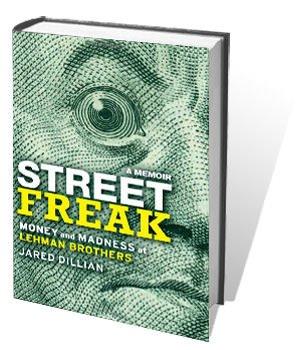 Wall Street traders, like high-stakes poker players, are a different breed. The constant pressure, the appetite for risk, the ability to think and react in split seconds, all the while calculating odds in their heads that most can't do with an HP12C.

"These guys are a pretty weird bunch," Dr. Paul Zak says. "They're very rational and very competitive." Zak is a neuroeconomist at Claremont Graduate University who is studying the brains of traders to find out if this personality type has a certain genetic signature.

In his "Head Case" column in the Wall Street Journal, Jonah Lehrer writes that Dr. Zak and fellow Claremont neuroeconomist Steve Sapra have analyzed the genes of 60 professional traders working at five major Wall Street firms. Zak and Sapra focused on the genes known to affect the activity of dopamine.

Dopamine is a neurotransmitter in the brain that "helps to regulate decisions involving risk and reward," Lehrer writes, "allowing us to experience both the thrill of getting what we want and the pain of losing it all."

Traders who manage to last on Wall Street for a long time, "tended to hit a sweet spot of dopamine activity: their genes kept them from experiencing either very high or very low levels of the molecule," explains Lehrer. "These prosperous professionals were much more likely to have so-called Goldilocks genes, placing them solidly in the middle of the dopamine distribution."

Goldilocks is not what comes to mind as we watch the frantic activity on any trading floor. In fact, it's just the opposite, with people yelling, screaming and gesturing wildly. As Jared Dillian says in this video clip promoting his book Street Freak: Money and Madness at Lehman Brothers, "For someone who has bipolar disorder, being on the trading floor is the absolute worst place to be, because no one's going to notice that anything's wrong, because everybody is crazy." If Dillian had been working at Starbucks, his mercurial behavior might have called attention to his disorder. As is was, at Lehman, being manic, yelling and screaming, was "considered functional behavior on the trading floor."

Dillian tells his story in a fast-paced style that sweeps the reader up into the author's two worlds: the bare-knuckle world of price discovery on the trading floor, along with his descent into depression and the constant coping with his nearly debilitating obsessive-compulsive behavior. All of this makes the book hard to put down.

Street Freak is a great American success story — with a twist. A young man gets out of the Coast Guard and dreams of having a Wall Street career, working in the center of capitalism — the World Trade Center. But he doesn't have the top-tier college pedigree that paves the way to the brass ring. The competition is fierce in the Lehman Brothers training class. He has a slim chance of earning a position.

His training is rudely interrupted by 9/11 and the author must live with the memory of watching the second plane ram into the second tower right above him. Training resumes across the Hudson and would eventually include performing security-guard duties. But while his classmates don't take the menial job seriously, Dillian does, and it serves him well.

He's granted an interview and tells of reading Burton Malkiel's A Random Walk Down Wall Street, a book extolling the virtues of efficient-market theory. "I read the book," Dillian tells the interviewer, "decided it was loathsome, nihilistic, academic bullshit, and set out to spend the rest of my career proving it wrong."

Dillian gets his start in index arbitrage, only watching at first, then calculating his mentor's P&L, and finally was allowed to trade. When the firm moves back to New York, and the head man Dick Fuld abolishes business casual, the author goes on a cheap suit shopping spree at Men's Warehouse, spending for five suits what his coworkers pay for one. But his frugality put him on the wrong side of the "Lehman Handshake." (You'll have to read the book.)

The author has a gift for math, while knowing little about finance when he began. As he writes, "I just wanted to create money out of speed and pure intimidation." He says he had no idea what the market was doing, but tick by tick Dillian developed an extraordinary sense for the direction of the beast that is the futures market.

Street Freak is chalk full of market jargon and trading lingo and, occasionally, Dillian stops to explain a trade that tells you all you need to know about modern finance.

I was expressing a view, not just on interest rates but also on forward interest rates, through a cash-settled future. Furthermore, I was doing so in a nonlinear fashion, using options on futures. I'd used a derivative of a derivative to express a view on an imaginary concept. It was downright magical.

While Dr. Zak calls traders very rational, Dillian writes that to get anything done on Wall Street you have to not only act irrationally but also be insane: "Only insane people do exactly the opposite of what common sense tells you to do."

Very little of Dillian's recount of trading resembles deliberate rational thought. But perhaps there is no distinction between rational and otherwise. Ludwig von Mises wrote that there is only purposeful behavior or human action. "Praxeology does not employ the term rational," Mises wrote in Money, Method, and the Market Process, explaining that the "opposite of action is not irrational behavior, but a reactive response to stimuli on the part of the bodily organs and of instincts, which cannot be controlled by volition."

In Mises's view, economics doesn't deal with homo economicus at all, but with homo agens: man "as he really is, often weak, stupid, inconsiderate, and badly instructed."

Dillian's weaknesses overtake him. He attempts suicide unsuccessfully and later on exits the trading floor suddenly, checking himself into a psychiatric hospital. He emerges medicated but healthier, bolstered by the insight that he can write.

However, the Lithium wrecks his concentration (and sex drive) and the patterns and flows that he once saw so naturally are fuzzy and incomprehensible. He must learn to trade all over again.

As impregnable as its employees thought it was, Lehman Brothers was allowed to fail for its overexposure to real estate. While its trading floor was making millions, Lehman brothers amassed a real-estate portfolio that was, in Dillian's words "absolutely pornographic."

According to rumor, Dick Fuld refused an offer of $40 a share for Lehman from Korean Development Bank in its dying days. But unlike his traders, Fuld allowed his pride to get in the way of making the best trade possible.

When capitalism is allowed to work, liquidation creates new beginnings. This was the case for Lehman. The New York trading operation was bought by Barclays, and Nomura Securities purchased the overseas operations. Most everyone kept their jobs.

As for Jared Dillian, he's created the financial newsletter the Daily Dirtnap and is doing what he enjoys most.