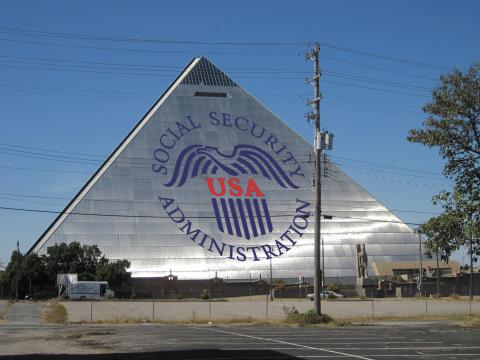 Tags BiographiesFinancial MarketsGlobal EconomyHistory of the Austrian School of Economics

Murray Rothbard once asked Ludwig von Mises at what point on the spectrum of statism is the point that designates a country as "socialist." To his surprise, Mises said that there was, indeed, a clear-cut delineation: The Stock Market.

Mises said, "A stock market is crucial to the existence of capitalism and private property. For it means that there is a functioning market in the exchange of private titles to the means of production. There can be no genuine private ownership of capital without a stock market: there can be no true socialism if such a market is allowed to exist."

A corollary to this idea is that if the government is allowed to "invest" in the stock market, then the economy can no longer be called market-based. President Clinton has proposed a plan to use up to one-fourth of new social security funds to buy shares in our stock markets. The dangers to this plan may not be as obvious as his previous Health Care Plan, but they are just as serious.

The justification for this argument is that the social security system is unstable and will face financial strains in about 2014 and will be exhausted by 2032. There are a few options that the Washington elite have deemed as "solutions." Most of these ideas are politically unpalatable. The first is an increase in tax collection. Over time, the needs of the social security fund will be so high that it will stifle the entire economy. There have been some projections showing FICA taxes as high as 82% in forty years.

The second option is to drastically reduce the "benefits" being paid out by the fund. This action is also politically unacceptable. The third alternative is to somehow increase the rate of return on the current surpluses to cover the future. The thinking in the Clinton administration is simplistic at best. The plan assumes (wagers) that the stock market will continue to increase (forever) at rates high enough to meet the projected needs.

The fundamental problem that the Clinton administration ignores is that the social security program is based on what is called a Ponzi Game or a pyramid scheme. You have probably seen this if you've ever received a chain letter that states "Send money to the first five people on the list, remove the first person's name, and place yours at the bottom." In other words, the first people in the program (those at the top of the pyramid) are currently getting money from the new people enrolling (those who are on the lower stages of the pyramid).

Social Security works in the same way. Those who are retired are receiving money from those who are currently working. As long as the base of the pyramid is expanding at a geometric rate, the system will continue to function. However, U.S. demographics show that after the Baby-Boomer generation, the base of the pyramid shrinks. It is mathematically impossible to continue social security program indefinitely.

The best solution is to phase out the Social Security program by taking two steps. The first step is to stop enrolling new members into the system. The second is to allow anyone who is currently enrolled in the program the option of leaving the system and forfeit all that they have paid into the fund. Those who remain in the fund will receive the current level of "benefits" paid out of the general fund. Since there is no real solution to the problem, we simply have to bite the bullet and take the losses.

But what about Clinton's plan to try to increase the return on current surpluses? Won't this expand the pyramid's base enough to cover the difference in population? To answer this argument, let's examine the plan's assumptions. It supposes that we have cured the business cycle (i.e., no more recessions), and presumes the stock market will grow at the phenomenal rate it has in the '80s and '90s. Now, ask yourself if these are realistic assumptions. Most reasonable people will conclude that they aren't. We simply have to look to last October when everyone was worried that we were on the brink of another recession. Even though we are feeling good now with the recovery of the stock market, the earliest stages of production are showing signs of recession. (The evidence is similar to the spring of 1929.)

However, let's take a closer look at the impact of Clinton's proposal on the economy. Within fifteen years, the federal government will own approximately 4% of the market. Ownership brings control. Entrepreneurs are subject to the will of the consumer. Those entrepreneurs who are best able to read market conditions and correctly allocate goods and services to meet consumers' needs, wants and desires are rewarded with profits. Profits are the result of coordinating the market. Those who do not, suffer losses. A string of losses forces the entrepreneur from his position as entrepreneur and back to a position of a laborer. In other words, he must go to work for someone else. Only those who are successful at serving the customer remain as entrepreneurs.

The government has no such check to its ability to direct resources. The government's source of revenue is from taxes, not from serving the customer. Therefore, it is not subject to market forces. It invests money (and thereby direct resources) according to its own bureaucratic rules. Federal Reserve Chairman Alan Greenspan was correct when he stated, "I do not believe that it is politically feasible to insulate such a huge fund [at least $700 billion] from governmental direction."

Think of the political games that can be played with this (your) money. Companies that are in favor with the government will become direct recipients to special interests. Imagine the consequences if a company does something that is not aligned with the political climate. The result is that entrepreneurs will no longer listen to customers' needs, wants and desires. They will be stricken with fear by the implicit or imagined consequences of disobeying the politicians. In Fascist Germany and Italy, entrepreneurs owned their businesses, at least on paper, but in reality they became pawns of the politicians. Fear is a powerful motivator.

There will be those that will say this is good because it constrains the "evil" companies and makes them do "good". This is, of course, wrong. Currently, regulations have at least some degree of oversight. If the EPA or IRS makes a ruling, there are legal recourses to challenge the abuse of power. However, with implied threats, there is no recourse. If a politician says, "Do as we want, or else." the entrepreneur has no alternative. This is regulation by whim. Of course, there will be a set of "rules" of how to invest and divest government ownership of stocks, but imagine the burden of proof one would have to present to prove that the government sold your company's stocks because of political reasons. (Incidentally, if the rules become so strict about investing so that it handcuffs the government's "investors," then it runs counter to the purpose of wisely investing for the higher rates of returns.) What we are left with is the "bureaucratization" of our entrepreneurs.

No longer will profit and loss guide resources to their most needed ends; rather political decisions will dominate. Our economy will be set on the same path as the failed economies of the Eastern bloc and the other government controlled economies. The clear consequence of the Clinton administration's plan is the socialization of America's stock markets and its corporations.