GET NEWS AND ARTICLES IN YOUR INBOXPrint
A
A
Home | Mises Library | Stimulating Anachronism, Stifling Innovation I saw my first Tesla Roadster a few weeks ago; I passed it in Los Angeles on my way to the airport. I have heard interesting things about Tesla as an innovative company: they have broken new ground on the production of cars that don't run on gasoline and that don't produce noxious emissions. The first-generation Tesla Roadsters are shockingly expensive, carrying a sticker price of $100,000, but we should expect this price to fall as the technology and production methods improve.

Unfortunately, this progress won't proceed as rapidly as it otherwise would because the government is tying up capital trying to prop up the gigantic and inefficient "Big Three" car companies that were in some ways the iconic firms of the mid-20th century. These resources are being wasted: they could be used more efficiently and more profitably, and therefore more effectively, by firms like Tesla that are producing the products of the 21st century.

It doesn't stop there. A recent headline in USA Today pointed out that the Treasury Department is preparing to give money to auto-parts manufacturers. Again, these are resources that could be better used elsewhere.

At this point, the obvious objection is "how do you know?" The market's system of profits and losses rewards firms that create value and punishes firms that destroy it. Firms like Ford, Chrysler, and General Motors have been destroying value and consuming capital in such a way as to put them on the brink of bankruptcy. They should be liquidated, and the resources that they have tied up should be freed for firms that can use them more productively.

It isn't necessarily the case that these "firms that can use them more productively" are other auto manufacturers like Tesla, Toyota, Mercedes, or Honda. Again, the market is the process by which this information is revealed. We can't know ex ante. We can know ex post, though, by looking to see which firms earned profits (which suggests that they created value) and by looking to see which firms earned losses (which suggests that they destroyed value).

This also answers a common objection to liberalization, to the idea that bankrupt firms should be allowed to fail, and to the idea that some industries are so crucial that they must be protected at all costs. That objection is the question "where will the new jobs come from?" We don't know with certainty, but we can know that new opportunities will come from somewhere. In a market with innovative firms and dynamic firms like Tesla, that "somewhere" won't be too hard to find. 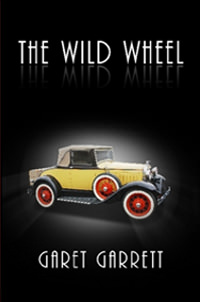 Finally, it is by no means clear that the United States "needs" an automobile industry, or that it "needs" a manufacturing sector. Americans' ability to earn incomes by making things will diminish, but their opportunities to earn incomes by knowing how to use things will multiply. For example, in a recent address to the American Economic Association, 1993 Nobel Laureate Robert W. Fogel pointed out that health-care services will be a leading sector in the 21st-century American economy. Tragically, though, its leadership will be hampered by the government's ongoing attempts to prop up the dinosaur industries of the 20th century.

Austrian economists like Ludwig von Mises and F.A. Hayek opposed government intervention in the macroeconomy because that intervention leads to distorted relative prices and malinvestment. Government attempts to prop up failing firms provide a perfect example. By subsidizing failing firms the state is delaying even greater pains of adjustment and stifling innovation. This kind of intervention doesn't stimulate. It paralyzes.