GET NEWS AND ARTICLES IN YOUR INBOXPrint
A
A
Home | Mises Library | State Science, State Truth 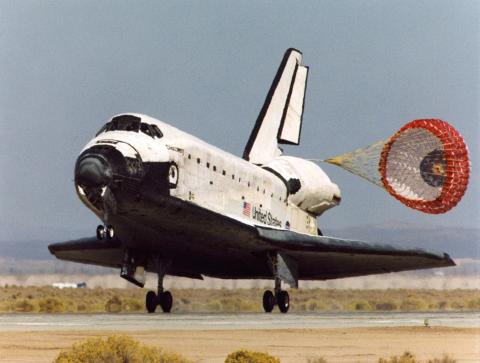 When NASA's Polar Lander--scheduled to arrive on Mars on December 3rd--disappeared, there was reason for hope. Perhaps the incompetence of state-funded science would finally become obvious.

After all, the fiasco followed NASA's loss of the Mars Climate Orbiter less than three months before. To paraphrase the comment made by one of Oscar Wilde's characters to an orphaned man: "To lose one parent is a misfortune. Losing two smacks of carelessness." This is especially true when one of the missing probes went astray due to the human failure to convert some measurements into metric units. The two Mars probes were worth a cumulative $327.5 million. At this, they were cheap. NASA didn't want to repeat the embarrassment of losing another billion dollar craft, like Mars Observer in 1993.

Incredibly, NASA ended 1999 on what CNN called "an up note." Namely, the seven-member crew of the space shuttle Discovery returned safely to Earth after repairing the Hubble Space Telescope. Yet the Hubble itself represents a boondoggle. Launched in 1990, Hubble's main mirror had been polished to the wrong parameters and required expensive repair to render photographs significantly more useful than those obtained from Earth.

NASA is the ultimate government-funded science. Critics excoriate its pathetic record and bloated spending, but they rarely raise a more fundamental question: does governmental funding benefit science? This question is nontrivial to those who believe that governmental interference in other areas of human endeavor hinders progress.

Is science--unlike economics or the arts--the one field in which government is a benefactor? Or has government dominated research so long (through its funding since WWII) that we no longer have a clear concept of science that can function otherwise?

State control (i.e. funding) devastates science as surely as it does in any other exploration for truth. Money is never given to "science" but always to particular doctrines, theories, or individuals. The State cannot afford to put every scientist and every doctrine on the dole. Who, then, decides? The many (the people) or the few (the elite)? It is no answer to reply, "those with sufficient scientific knowledge will decide" because this merely raises another question. Which scientists will be selected and who will apply which standard in doing so?--the many or the few?

The history of science demonstrates that an intellectual revolution is usually necessary for a radically new doctrine to break through the "established" truth of an old one. The many--even when science was relatively understandable to the layperson--rarely back intellectual revolutions. The elite few have even more of an investment in maintaining the "status quo" from which they draw salaries and prestige. Government has a vested interest in reducing science to the role of hand-maiden. Hence, the Manhattan Project during WWII. Hence, NASA during the Cold War race against the Russians into space.

Yet, anyone who questions the subordination of science to politics is dismissed with the words, "Without government, the Internet would not exist." It is true that the current system sprang from the government funded ARPANET, designed to allow certain scientists to share data via linked computers. It is not true that a similar phenomenon would not have occurred spontaneously in the free market. Connecting computers to share data was nothing new. And the private sector was already working out a detailed vision of an Internet.

For example, computer guru Ted Nelson used the term "hypertext" in 1965. His 1974 book "Dream Machines" spelled out the mechanics of hypertext, which became the basic building block of the World Wide Web.

What Nelson could not envision was the explosive popularity of the Internet. This phenomenon was made possible by a later and purely commercial invention: the microprocessor by Intel. The microprocessor reduced the entire control process of a computer to a single integrated chip. Computers became affordable to individuals. Of course, government has taken credit for a system that would have originated anyway and spontaneously through the private sector.

Indeed, since the market place would not have banned commercial content, as the government originally did, the system would have probably developed more quickly and at lower cost. Instead of "the many" or "the few" deciding the particulars of the Internet, "the one" would have chosen.

That is, the Internet would have sprung from the collective and uncoordinated choices of individuals who used their own time and money to support the choices most useful to them. It would have evolved from far-seeing visionaries, like Nelson, who were disadvantaged by having to compete with government-funded entities.

Despite its incredible incompetence, NASA has a mystique even among those who generally scoff at State-sponsored truth. In reality, it is the largest obstacle to space exploration. It disadvantages the competing private sector by drawing on "free money." Of course, the money is not free, but stolen through taxes. Thus, companies and individuals are stripped of funds that could be directed into science they believed in. But individuals are not allowed to pursue private choices in science on the same level as they do with literature or music.

NASA is not only a governmental expression of contempt for the individual, it is bad science.