Social Security and the Destruction of Capital 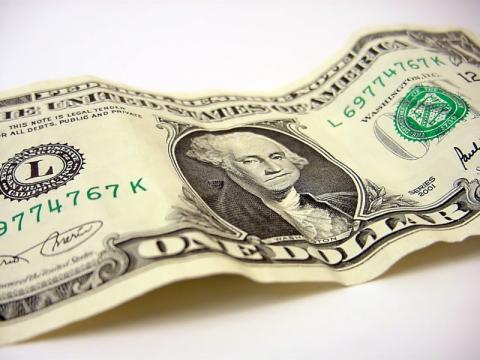 Social security is neither social nor secure. It is not social because the transfer system provokes the very dependency it is said to heal, and it is not secure because the comprehensive modern welfare system undermines economic prosperity. As a coercive system of transfers from the active to the inactive, from the saver to the consumer, and from the producer to government, social security systems have an inherent tendency to destroy the formation and transformation of capital and to inhibit the division of labor. Social security severs the link between savings and investment for the individual and puts both into the hands of government. It is by this mechanism that the illusions of wealth as pseudo-savings are being created.

Many efforts are currently being made to reform the governmental pension systems.1Some of these reforms promise to make social security secure if more private elements are built into the social security systems. However, a move to a so-called “capital-based” system does not solve the problem. Savings in government bonds does not constitute economic investment, it is like giving a loan to a junky, to someone who does not invest, but instead spends the money for problematic consumption right away.

While the direct connection between savings by the economically active and the consumption of these funds by the recipients of social security and welfare is quite obvious in the pay-as-you-go-systems, “capital-based” social security schemes suffer from the same problem that the link between personal savings and economic investment is being cut.

When the government forces its citizens to “save” and “invest,” either by paying into a pay-as-you-go-system or by installing a scheme which calls for the buying of financial assets, it provokes an illusion of wealth creation. The contributions to these systems do not constitute net savings, when they are used directly for transfer payment or when they serve as a source for government funding.

What matters for the economy is net savings and that the funds are being used in order to expand, rebuild and transform the current capital structure in the face of the constantly changing consumption needs, new technologies and depletion. However, the necessity of ongoing capital-transformation receives little attention in the reform proposals, even when they propose so-called privatization.

Among the various schools of economics, Austrian economic theory stands largely alone in its insistence that economic problems, and social security in particular, cannot be properly understood without explicit attention to capital: its production, transformation, and purpose. In the perspective of Austrian economics, capital is not a simple lump sum called “K,” but a heterogeneous ensemble of production goods that has to be brought to life by entrepreneurial action. 2 Additionally, this kind of capital must be carefully differentiated from capital as an accounting concept, where, in monetary terms, aggregation and calculation becomes possible. 3

All types of pension systems face the dilemma that current consumption must be produced in more or less the same period of time or immediately with the act of consumption as it is with most services. Even for the so-called durable goods, the storage capabilities are very limited. Goods disappear in the consumption process and wear off in use. Inputs are required for the production process and deterioration of the capital goods takes place whether they are in use or not. Neither the traditional transfer system nor the so-called “capital-based” pension systems will generate the expected payouts without the constant improvement of the economy’s capital base.

Under the assumption that the inactive part of the population spends most of the transfer income on consumption, the personal savings that come from the economically active group are never saved in economic terms and on net basis, but directed towards consumption. This is the case when “investment” in government bonds occurs. Here the absurdity appears that the savers are seemingly getting richer with the absorption of each new bond issue, and when the government lifts its debt ceilings, apparently a new stage of wealth creation has been achieved.

Each financial credit necessarily has a financial obligation as its counterpart. The buyer who acquires a government bond directly (or indirectly via his pension program) saves in terms of individual abstention from immediate consumption; but there is no net savings when the government transfers the funds to war and welfare. In this respect there is no fundamental economic difference between contributions to social security or to private accounts, even if the capital-based system should allow for stock purchases.

Stock certificates do not constitute economic wealth; wealth is what they stand for: the productive capacity of the companies. Only insofar as rising share prices facilitate new public offerings and new stock issues, can it be said that trading contributes to capital formation. Trading is a necessary precondition for the division of capital ownership, but claiming that the financial markets create wealth is taking the tail that wags for the dog. There is no immediate linkage between the numbers at the stock quotation board and the productive capacity of the economy. While stock and bond prices are attaining new record quotations and prices, the productive basis of an economy may be eroding and vice versa.

A nation, which is confronted with a growing portion of elderly, cannot in any economic sense fabricate the goods and services well in advance of consumption time, but must provide these step by step in accordance when demand emerges. Capital is not like a tree that grows by itself and each year provides the apples for consumption. Economic production needs current funding guided by entrepreneurial activity.

Only a monetary economy with a high degree of division of labor opens the opportunity for the individual to save without a specific time limit. A functioning division of labor allows the interpersonal exchange of waiting time. Without this division of labor and the exchange of waiting time, the economic possibilities for savings are limited to a short time. In order to have the stream of goods for consumption available, capital must be set into motion and in order to maintain productivity, adaptation and constant improvement of capital becomes necessary. In this perspective, all economic activity is based on “pay-as-you-go,” and in order to maintain the production process, continuous savings and investment are necessary.

Within the system of division of labor interpersonal exchange occurs between savers and investors and thus long-ranging inter-temporal savings can happen. However, under public social security schemes, the government takes the savings away from the active part and transfers the money to the inactive part of the population with the no compromise or an explicit contract between these two parts.

As long as the portion that gets into the hands of the recipients of the social transfer payments is relatively small, the process of capital transformation, while being weakened, may continue. There is, however, a tipping point when the share that goes to the recipients becomes larger and leaves less and less funds available that could go into the improvement of the economy’s productive capacity. Then the squeeze of funding becomes so acute that capital consumption takes place.5

Modern social security schemes are conceived as financial flow systems. They regulate the flow of financial funds between the so-called “active” part of the population to the “inactive” part: between the young and the old, the healthy and the sick, and with welfare payments between the haves and the have-nots. It is obvious that such a system must move toward a crisis, when the proportion between these two parts is changing toward a shrinking active part in relation to a growing share of the inactive part of the population.

When the burdens become too high for the active population, those on the margin will opt for becoming inactive, particularly when the benefits on this side are made more attractive. This way, social transfer systems enlarge the number of the needy and reduce the relative share of the active part.

With the induced shift toward dependency, the rates of contributions must rise for the active part of the population, and fewer funds are left in order to maintain and improve the productive base of the economy. The expansion of the social transfer system thus undermines the foundation on which the system depends. With the destruction of its own economic base, social security produces its permanent financial crisis.

So-called “privatizations” or “personal accounts,” as it is proposed for old age, will not solve the problem. When a system is being installed that obliges to save by buying government bonds, just one more of the many illusions of wealth and security is created. While the contributor may believe that he delivers his share for future prosperity, it is the government which will spend most of these funds right away for war and welfare. Government-sponsored, “capital-based” systems are only different in appearance from the traditional “pay-as-you-go-systems,” where the contributions are directly turned into transfers.

Because of the double burden that the active part of the population has to carry during the transition period, such government sponsored capital-based systems would require that the base of contributors must be enlarged and that even more citizens than before could be forced into the official transfer system.

Whether capital-based or pay-as-you-go, with both mechanisms government imposes an anonymous "contract" upon the citizens, and with old age social security upon an abstract series of generations. This way, a bureaucratic mechanism is implanted as a substitute for the division of labor within the family and among society and of the natural bonds that exist among the family generations and among the neighborhood. This way, social security contributes to the erosion of the family in modern societies and to the disappearance of spontaneous private solidarity.

The original intention of social security in the 19th century was a very limited program aimed at integrating the working class into the State. In the 1930s through the 1950s the belief became popular that capitalism could only survive in an amputated way, in the form of a mixed economy or as a social market economy. In the second half of the 20th century, the ideas of “social justice” and “solidarity” took hold, and it was these concepts which opened the Pandora’s box for good to ever increasing entitlements.

By making “social justice” a goal of governmental activity, anybody could be defined as deficient and needy, and with “solidarity” everyone in society must be included as a potential contributor. With more and more social groups becoming an object of social policy until nearly every single individual of society had become part of one branch or the other, this policy has lost any sensible guidance. Once social justice becomes the goal of policy, the path is set for unlimited expansion of government.

With the expansion of the welfare state, the original reasons for establishing social security have long been overtaken by party-political interests, group pressure, and the spread of the belief among the beneficiaries that they have rights to the benefits.  The modern welfare state is no longer directed toward helping the poor or to serving as an integrative instrument, but it has become a system for which Frédéric Bastiat’s dictum that “(t)he State is the great fiction through which everybody endeavors to live at the expense of everybody else"6 has finally reached its highest expression of truth.