Small Business and the Jobless Recovery 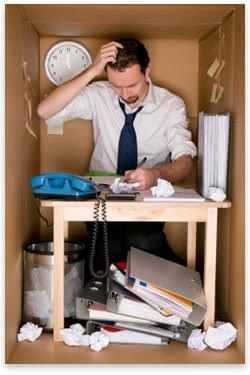 If we listen to most economists, we are told that the recession is over and we are in a period of recovery. In fact, the National Bureau of Economic Research (NBER), the official voice on this matter, tells us that the recovery began in June 2009.

Fortunately, most Americans focused on making a living see right through this illusion. For example, a recent New York Times/CBS poll indicates that Americans are becoming increasingly disillusioned with the performance of the US economy. An astonishing 70 percent of respondents said that the country is moving in the wrong direction.

There is now an ongoing attack on the free-enterprise system that for over a century has made the United States the greatest economic power in history. Trillions of dollars have been spent "pump-priming" the US economy. Additionally, the Federal Reserve has flooded the US economy with easy money that will rob Americans of the purchasing power of their hard-earned dollars. Ironically, all of this intervention is aimed at "stabilizing" the market and at reducing unemployment.

But what has all this intervention accomplished? Not much. The unemployment rate remains stubbornly high at over 9 percent. Additionally, the U6 index — a broad measure of unemployment that takes into account underemployment and discouraged workers — is almost 16 percent. As the employment numbers are released, it becomes increasingly clear that job growth is anemic.

So what is causing this jobless "recovery"?

To answer this question, we must look at the plight of small business. Small business in the United States is a major engine of job growth. But as the recession deepened in 2009, 60 percent of all job losses were in the small-business sector.

To this day, small business has not recovered.

In fact, from 2009 to 2010, entrepreneurs started the fewest new businesses in more than a decade, according to the Bureau of Labor Statistics. If the financial position of small business does not improve, neither will the employment picture. Therefore, it is necessary to understand what is keeping small business depressed. Why is there a lack of capital formation in this vital sector of the economy?

The Importance of Small Business

Nevertheless, the statistics concerning the contributions of small business to overall economic health are staggering. Over the past 15 years, small businesses have produced 64 percent of net new jobs in the United States. They also pay the salaries of 44 percent of all those working in the private sector. Furthermore, small business creates more than half of the nonfarm private gross domestic product (GDP). In 2007, small business produced a little over 30 percent of known export value.

Small business is the backbone of the US economy. Many new ideas are generated by people working in small businesses. For example, Microsoft and Apple once started as small businesses. The same could be said of Sam Walton, who borrowed money from a relative to open a store in Rogers, Arkansas, and went on to revolutionize the retail business.

It is obvious from the above that small business performs an incubator function whereby ideas are developed and tested in a small setting and then, if successful, introduced to a broader market.

Small business provides much of the employment for the low-skilled workforce. Just look at landscapers, construction contractors, and restaurant servers, and you will find mostly unskilled labor. Small business affords workers on-the-job training for possible advancement into more skilled employment.

The small-business owner also provides services that most of us need. We buy groceries, get a haircut, and go out for a meal at local establishments all run by small-business owners. Where would we be without the landscaper, the pool guy, and the local electrician?

The policies pursued by Washington policymakers are causing a disequilibrium in the market. This disequilibrium is clouding the business community with uncertainty, which is the greatest detriment to small-business growth and expansion.

Most small-business owners and venture capitalists are uncertain as to where the economy is heading. Spending is out of control, budget deficits are in the trillions of dollars, and the result of an inflationary Federal Reserve policy is starting to show up in commodity prices. All of this recklessness does not induce the small-business owner to open up the purse strings and invest in economic activities that will result in job creation.

There is also uncertainty concerning the regulatory environment. People do not invest to "spread the wealth" around; they invest to make a profit. Investors don't react well to talk of "fundamentally transforming the United States of America."

Indeed, there has been more government intrusion into the market during the last few years than since the Great Society programs. We have economic tsars, national health insurance, and de facto government ownership of industry.

The following statement made by Raymond J. Keating, chief economist for the Small Business and Entrepreneurship Council, sums it all up nicely:

For the most part, entrepreneurs want federal policymakers to impose a light tax and regulatory touch, keep spending under control, maintain low inflation, and otherwise get out of the way so entrepreneurship and investment can thrive. … Until federal policymaking moves in a clear pro-entrepreneur, pro-growth direction, most small-business owners face great uncertainty.

"Entrepreneurs are the real heroes of the American story."

William Dunkelberg, an economist at the National Federation of Independent Business, puts it more succinctly: "There's just a huge amount of uncertainty. And when you're uncertain, you don't make bets."

And with this uncertainty, there is no expansion of production — a requirement for creating employment opportunities. Why take the risk?

According to Federal Reserve governor Elizabeth Duke, seven out of ten small-business owners use personal savings to start or expand their business. They do not have the benefit of being "too big to fail." Therefore, they are not injected with cash to improve their liquidity position by government planners fearful of systemic collapse.

In fact, these small-business owners are the greatest risk takers of all. If they are successful, they can make a substantial profit. However, if they fail, all of their accumulated wealth can be destroyed. Many of them have left secure jobs to pursue their ambitions. They are the remnants of the rugged individualists that once turned the United States from an agrarian society to the world's foremost economic power.

The current recession (or should I be politically correct and say the past recession?) has destroyed an enormous amount of personal wealth in the United States. Therefore, there is less money available for small-business expansion.

Because of the uncertainties listed above, most venture capitalists — the financial lifelines of small-business owners — are sitting on the sidelines. In this economy, most investments are simply not worth the risk.

When such a vital source of financing runs out, the small-business owner must turn to the banking system. Banks are flush with cash thanks to the government infusion of your tax dollars. But are the banks lending? The answer to this question is a resounding no.

Bank lending to small business is at its lowest since 2008. It is down an astonishing $15 billion in the first quarter of this year alone! Banks are simply sitting on cash in spite of the taxpayer bailouts — an example of crony capitalism at its best.

The Burden of Regulation

As a small-business owner myself, I can tell you that the burden of regulation is overwhelming. It adds a significant cost to operating a business, and this cost is often impossible to quantify at the outset.

I was once fined a significant amount of money for not putting bales of hay along the width of a waterfront property during the demolition of a small house. The purpose, I was told, was to prevent any soil from being blown into the water. I was a bit confused, because the entire surface of the property was concrete! Fortunately, given the facts, I had the fine reduced to almost nothing, but I still incurred a sufficient amount of unnecessary legal fees.

Currently, retailers in California are under legal attack for failing to provide seating, as required by a state labor law, for employees whose job it is to stand for most of the day. According to the attorney for the retailers, any employee can bring suit in this matter even if he wasn't the party aggrieved. Is there any doubt as to why businesses are fleeing California?

It is comical to repeat the experience of a small construction contractor who was visited by an OSHA inspector:

Unfortunately, these obstructions happen every day to small-business owners everywhere. And although they are comical, they are costly and cumbersome to deal with. The fines paid to cover these nonsensical violations could very well add up to enough money to hire an additional employee.

The importance of small business to the US economy is overwhelming. Without increased capital formation in this sector, we will not see the significant job growth necessary to bring down the unemployment numbers.

We could, of course, simply put all of the unemployed on government payrolls. Or I suppose we could follow the advice of Mr. Keynes and have the Treasury fill bottles with bank notes, bury them at suitable depths, and have private enterprise dig them up again.

This would certainly alleviate unemployment in the short run. But what economic dislocation would such a policy cause in the long run? To answer this question, look no further than to the disastrous performance of the US economy in the '60s and '70s. 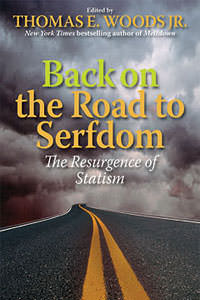 Therefore, there is only one sure way to cure unemployment: restore the entrepreneurial drive by alleviating the plight of small business. This can be done by simply restoring confidence in the marketplace. Balanced budgets, reduced spending, and reduced regulation will go a long way in achieving this goal. This will alleviate a lot of uncertainty by providing a signal that sound economic policy is once again the goal of policymakers.

But of equal importance, a probusiness attitude must be restored. Entrepreneurs are the real heroes of the American story. They are the risk takers who provide us with the necessities of everyday life. Unfortunately, they are currently being taxed and regulated out of existence.

Fred Buzzeo is a real-estate developer and a consultant to small property owners in the New York City area. He resides with his wife and two sons in the Town of Oyster Bay, (Long Island), NY. During the 1990s, he held executive positions in city municipal government.  It is during this employment that he saw firsthand the pitfalls of government intervention and regulation.