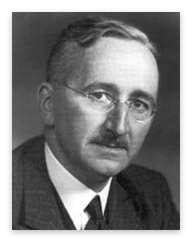 [This introduction to two essays by Murray N. Rothbard — "The Mantle of Science" and "Praxeology as the Method of the Social Sciences " — was published in a 1979 edition published by the Cato Institute.]

All in all, I am not fully convinced that the great flood of discussion on problems of scientific method that has appeared during the last few decades — albeit of high quality — has led to a great improvement in the scientific work that is forthcoming. I have myself been an avid reader of this literature, and it has undoubtedly taught me to avoid many mistakes. It has made me very much aware that the task of constructing helpful theories is much more difficult than I once imagined and that there are many pitfalls difficult to avoid.

But unfortunately, much of it also suggests that there is a simple and easily learned procedure which one only has to follow carefully to arrive at valuable results. Of this I am becoming less and less convinced. The real difficulty still seems to be that of clearly stating the problem to which one wishes to find an answer. And on this, I fear, all my study of works on scientific method has hardly helped me. Yet it seems to encourage large numbers of young, and not so young, adepts of my discipline to treat the prescriptions of scientific method as if they were cookbook recipes which, if strictly followed, are certain to produce a nourishing dish.

Yet different problems require a very different procedure. If great advances have been made in some disciplines through the use of certain methods, this is no reason to expect that the same methods will be equally successful in other fields. In fact, the problems of such complex phenomena as we encounter in the biological or social sciences probably require a very different approach from that which has been so successful in the physical sciences.

Among the thinkers who have made outstanding contributions to the peculiar problems raised by the science of human action, Ludwig von Mises has probably been the most acute and the most original in modern times.

Professor Murray N. Rothbard has been profoundly influenced by his work in this field. Both of us have been trying to develop it further, and if this has sometimes led us to modify Mises's conclusions, perhaps even in different directions, I am sure this is what Mises would have expected and even desired. The fruitfulness of a scholar's approach shows itself in the further developments to which it gives rise, and only further evolution can show which elaboration will in turn prove more fertile.

But minor differences, even if it is they which make every individual contribution worthwhile, are not what I wish to stress here. Professor Rothbard's writings are undoubtedly most helpful contributions to a great tradition. That the present state of this tradition, established by the large, systematic treatises that Mises completed from the third to the seventh decade of this century, should be made accessible to the readers of the ninth in a condensed form by one of his best-authorized disciples is certainly to be much welcomed.

The issues examined have undoubtedly lost nothing of their importance. Every educated person will in the coming years have to learn to understand what praxeology is and what its particular methods are. In Mises's time it was certainly necessary to explain and justify its character in a critical examination of all the alternative approaches. But as the awareness of this new view spreads, simple and brief expositions of its essentials will be much needed. Professor Rothbard shows great skill in expounding them concisely in a language more familiar to the present generation.

In spite of what I said in the opening paragraph, methodology is important for the warning beacons it sets up against many of the intellectual fashions that still profoundly influence political thought. And for those who do not themselves wish to enter philosophical controversy, the essays by Professor Rothbard reprinted here provide a most helpful guide to the understanding of those disputes on policy in which every thinking person must be interested.

The essays are, of course, inevitably still of a certain intellectual difficulty, as anything of their quality must be. But at least those who are willing to make an effort should be able to derive much insight from their study and ought to be grateful to Professor Rothbard for providing so much in so short a space.