The Simplicity of Sound Money 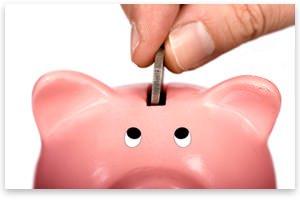 Understanding today’s convoluted domestic and international fiat monetary system frankly requires a great deal of time and study. One must understand fractional reserve banking, and the way this system affects the money supply. One must understand the multi-step process by which banks create money out of thin air.

One must understand central bank open market operations. Internationally, one must try to understand floating exchange rates, how they are manipulated by central banks, and the resulting impact on national economies. For example, is it best for a country to drive down its exchange rate in relation to other currencies or do the opposite?

These issues are never understood by policymakers, who appear to be among the most illiterate in economic matters, so monetary policy swings to-and-fro according to which economic group has temporary control over the levers of the government, and particularly of central banks.

So Simple Even a Child Can Understand It

In a sound money environment, on the other hand, there is little confusion or controversy. Under sound money—in which money is a commodity (for discussion purposes let us assume it to be gold)—everyone, to some extent, understands monetary theory. Whether it be an individual, a family, a corporation, or a nation, either one has money or one does not. It really is as simple as that. Even children learn the nature of money. A child quickly learns that the things he wants cost money and either he has it or he does not. If he does not, he quickly grasps that there are ways to get it. He can ask his parents for an increase in his allowance. Or, he can earn the money he needs by doing chores around the house or for friends and neighbors. He might be able to borrow the money for large purchases, promising to pay back his parents either from his future allowance or from anticipated future earnings from doing extra chores. His parents can evaluate this loan request simply by considering the likelihood that his allowance and chore income are sufficient.

How is this any different when applied to adults, companies, or governments? In a sound money environment, they are the same. Individuals earn what they spend on the family and may borrow from the bank to buy a home or a new car. The lender will examine whether the person’s income is sufficient to pay back the loan. If the family hits hard times, they may ask for assistance from relatives or a charity. Companies have more means with which to fund their operations. Stockholders provide the company with its initial capital. Thereafter, when normal earnings are insufficient to fund desired expansion, the company can borrow against accounts receivables and inventories, both of which provide varying degrees of security for the lender.

So Simple Even a Politician Can Understand It

A national government’s finances, under a sound money system, are little different from either a household’s or a company’s. It needs to collect in taxes what it spends. If it suffers a budget deficit, it can cut back spending, attempt to raise taxes, or borrow in the open market. In a sound money environment, there is a limit to the amount of debt that even a government can incur, due to the need to pay back the loan from future tax revenue. If the market believes that this may not be forthcoming, the nation’s credit rating may suffer and its borrowing costs will rise, perhaps to the point that the nation is completely shut out of the credit market. But this is a good thing! The market instills practical discipline that even a politician can understand! Under sound money, one does not need a special education to understand the monetary system.

Taking the process one step further, anyone can understand international monetary theory in a sound money environment. The national currency is simply shorthand for a quantity of gold. A US dollar may be defined as one thirty-fifth of an ounce of gold, and a British pound defined as roughly one seventh of an ounce of gold. Exchange rates become mathematical ratios that do not vary. So an American purchasing English goods would exchange his dollars for pounds at a ratio of five dollars per British pound; i.e., one seventh of an ounce of gold (a pound) divided by one thirty-fifth of an ounce of gold (a dollar) equals five dollars to a pound. Through the banking system, the English exporter would demand gold from the issuer of dollars, whether it be from a central bank or private bank, at thirty-five dollars per ounce. When a currency is simply a substitute for gold, either the issuer has gold with which to redeem its currency or it does not.

When a nation overspends internationally, its gold reserves start to dwindle. Money, which is backed one hundred percent by gold, becomes scarce domestically. Domestic prices fall, triggering a rise in foreign demand for the nation’s goods. The process of gold depletion is halted and then reversed. This is the classical “Currency School” of international monetary theory. Commercial banks present checks drawn on one another every day and the same process would exist for gold-backed currencies. If a bank issues more scrip than it can redeem for gold at the promised price, it is guilty of fraud. Its officers and directors can be sued in court for any loss incurred by those who accepted the bank’s scrip. Furthermore, the officers and director could be prosecuted for the crime of fraud. In other words, banking would be subject to normal commercial laws and bank officers and directors would be subject to normal criminal laws.

The free market monetary system would drive bad money issuers out of the market. Plus, bad money issuers would suffer the loss of both their personal finances and, in the case of outright fraud, loss of their personal freedom. This would be a sobering incentive to deter criminals and attract only legitimate money issuers. Money would be a bailment; i.e., property held for the benefit of another, which must be surrendered upon demand for redemption. All around us exist analogous bailment examples of entrusting valuable goods to complete strangers. We leave our cars with valets at parking garages, our clothing at neighborhood cleaners, our overcoats at coat checks, our luggage to the airlines, valuable merchandise with shippers. In these cases, we fully expect that our property will be returned to us. And it almost always is! If it is not, public trust in the fraudulent outfits evaporates, and they quickly go out of business. Likewise, money issuers would thrive only when the public trusts their integrity, which would be enhanced by regular outside audits by respected firms of the existence of one-hundred-percent reserves to back the money issuer’s scrip. How different this would be from our present system in which the Fed will not allow an audit of its gold reserves even when held for the benefit of other central banks! It is clear that in a free market monetary system such a policy would drive Federal Reserve Notes out of the market through lack of demand. Even were the Fed to back its notes with its gold reserves, in a totally free market in which private banks could issue their own gold-backed scrip, the Fed would suffer from its past history of blatant money debasement and secrecy in its operations. The market would prefer the money issued by a well-respected private bank whose operations are transparent and subject to outside audit by respected accounting firms.

In a sound money environment everyone understands monetary theory. Money is like any other desired commodity, except it is not consumed. It is a medium of indirect exchange, which traders accept in order to exchange for something else at a later time. This is easily understood, whether the trader is a child, a parent, a company, or a nation. One either has money or one does not. The money can be a money substitute, a bailment, with which one can demand the redemption of the real money—gold. Money issuers must keep one-hundred-percent reserves against their money substitutes in order to abide by normal commercial and criminal law. No special agencies or monetary authorities are necessary to make the system work. The system emerges naturally and is regulated via the normal commercial and criminal legal system.

This is the system that government does not want us to have, because it provides no special favors for enhancing state power. Sound money shackles the government to the will of the people and not vice versa. As Ludwig von Mises stated in The Theory of Money and Credit:

It is impossible to grasp the meaning of the idea of sound money if one does not realize that it was devised as an instrument for the protection of civil liberties against despotic inroads on the part of governments. Ideologically it belongs in the same class with political constitutions and bills of rights.