GET NEWS AND ARTICLES IN YOUR INBOXPrint
A
A
Home | Mises Library | Should We Believe the GDP?

Should We Believe the GDP? 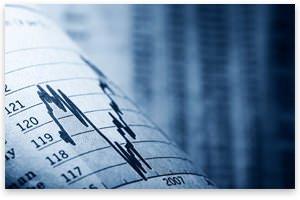 Third quarter Gross Domestic Product (GDP) figures were announced recently with that index rebounding to reflect that the US economy is growing again at a 3.5 percent rate. The financial talking heads rejoiced and investors continue to power the stock markets higher. Fed Chair Ben Bernanke even predicted that the recession was over when he told the Brookings Institute in mid-September, "From a technical perspective, the recession is very likely over at this point."

Mark Zandi, chief economist and cofounder of Moody's Economy.com told the Joint Economic Committee, "The Great Recession has finally come to an end, in large part because of unprecedented policy efforts by the Federal Reserve and fiscal policymakers."

Never mind that the third-quarter numbers included Cash For Clunkers and other direct government intervention that skewed the numbers; what's the value of GDP numbers anyway? Just because the Department of Commerce crunched their numbers and the result comes out positive that means we are all better off? None of the 15.7 million officially unemployed Americans is thinking the recession (Great or otherwise) is over; especially if you are one of the over five million people who have been out of work for more than six months.

Megan McArdle takes GDP worship to task in the November issue of the Atlantic, in a piece entitled "Misleading Indicator." McArdle writes that Simon Kuznets made a "titanic achievement" when he created a system of national accounts, but GDP "counts the dollar value of our output, but not the actual improvement in our lives, or even in our economic condition."

McArdle uses the example of a new home built during the boom to make the point that all of that homebuilding pumped up the GDP numbers during the boom, but now the "house sits empty while bankers, borrowers, and regulators squabble. One of the 2.4 million excess homes on the market, its only function right now is to bankrupt its owner."

Likely without knowing it, the Atlantic's business and economic editor states a point made obvious by Austrians: "GDP does not, and cannot, reflect the waste of enormous effort, and precious natural resources, that went into building something that suddenly no one wants." Yes, all of the malinvestment made GDP soar, but ultimately just wasted capital. As Frank Shostak explains, "The GDP framework cannot tell us whether final goods and services that were produced during a particular period of time are a reflection of real wealth expansion, or a reflection of capital consumption."

Murray Rothbard always made the point in his class lectures that GDP figures were suspect because government outputs are included. Of course, government doesn't produce anything that consumers will pay for willingly, thus it must take from the productive economy to provide these services. So there is at least double counting of the outputs.

"GDP can record how much money we spend on health care or education; it cannot tell us whether the services we are buying are any good," writes McArdle. With the House passing a bill calling for the government takeover of healthcare as it has education, the result will be the same: GDP numbers will grow, but the quality of healthcare will go down while the cost goes up.

But while McArdle criticizes Kuznet's creation, it is only because she believes that another econometrician can create a "better statistical yardstick." She believes that man is Enrico Giovannini, who has been working on "more-reliable metrics for measuring change in our health, education, the environment — the many ways that human beings make themselves better or worse off."

But of course putting numbers and measurements to these subjective values is nonsense. As Ludwig von Mises wrote, "The attempts to determine in money the wealth of a nation or of the whole of mankind are as childish as the mystic efforts to solve the riddles of the universe by worrying about the dimensions of the pyramid of Cheops."

Kuznets himself even questioned the usefulness of these numbers:

The statistician who supposes that he can make a purely objective estimate of national income, not influenced by preconceptions concerning the "facts," is deluding himself; for whenever he includes one item or excludes another he is implicitly accepting some standard of judgement, his own or that of the compiler of the data. There is no escaping this subjective element. (Kuznets, National Income and its Composition, 1919–1938, NBER, 1941.)

But McArdle is a believer. She's disappointed that Giovannini has left the OECD (and the new index project) to head Italy's statistics authority. However, she believes when "our grandchildren face their financial Waterloo, they may have Giovannini's brainchildren to help guide them through it."

But for now we have Kuznets's creation, which provided, as Sean Corrigan points out, "Roosevelt's statist Brain Trusters with a template on which to realize their Mussolinian fantasies of how the nation's affairs should be ordered."

If all this number crunching were relegated to parlor games, no harm would be done. Unfortunately, central bankers and central planners believe these statistics have relevance, justifying their interference with businesses and making us all poorer in the process — no matter what the numbers are.