GET NEWS AND ARTICLES IN YOUR INBOXPrint
A
A
Home | Mises Library | Should the Crisis Shake Our Faith in the Market?

Should the Crisis Shake Our Faith in the Market? As 2008 draws to a close, we do well to reflect on the lessons we have learned. A new president has been elected and will be inaugurated in a few short weeks. The outgoing president claims that he must abandon free-market principles in order to save the free market. Somehow, this has translated itself into a multibillion-dollar bailout for politically favored carmakers. Should the current turmoil cause us to abandon hope and forsake the market economy?

The financial crisis is causing many — among them former Federal Reserve Chairman Alan Greenspan — to question their faith in the power of the free market. Unfortunately, the idea that the current unpleasantness has its roots in unfettered, unrestrained capitalism has gained some traction in the popular media. Two immediate responses come to mind. First, the crisis is not the product of unregulated capitalism. Second, if anything, the crisis should strengthen rather than temper our zeal for the free market. As economist Thomas Sowell once put it, we do not have "faith" in the power of the free market. We have evidence. And I expect that once all of its root causes are discovered and analyzed, the current crisis will be another data point supporting the case for free markets.

The incoherence of political rhetoric and the impotence of political solutions has been evident throughout the debate. We are to believe that "affordable housing" is a worthwhile and noble policy goal, but not if it comes at the expense of falling home values. Senator John McCain argued in the third presidential debate that Joe Sixpack (and Joe Lunchbucket, Joe the Plumber, Average Joe, GI Joe, Trader Joe, and other assorted Joes) are "innocent victims of greed and excess on Wall Street and in Washington," which suggests that if we could just get people to be less greedy and less excessive, we wouldn't have these problems.[1]

For the last few decades, the term "housing crisis" has been used to describe the run-up in home prices that has created a supposed shortage of affordable housing. To correct the modern housing crisis, Senator McCain proposed spending $300 billion to buy bad mortgages to prevent home prices from falling further.

Rhetoric from Senator Obama was similarly depressing. In the third debate, Obama referred to the revised bailout as a "financial rescue plan" and a "rescue package for the middle class," which is much more politically palatable, no doubt, than "giveaway to favored political constituencies." He argued that the country should try to "save jobs" with mercantilist policies and "get homeowners in a position to be able to renegotiate their mortgages."

Political rhetoric about taxing corporations fails to grasp two things. First, it fails to consider who actually owns corporations. Second, it doesn't heed what we know about tax incidence. Senator Obama argued that large corporations like ExxonMobil can afford to pay more so that Joe the Plumber can have a tax cut. Taxing corporations makes a lot of voters think that the government is taxing top-hat-wearing, cigar-chomping plutocrats, but the burden of the tax falls on all shareholders in the corporation. This means that anyone who owns stock in ExxonMobil — which would include probably anyone with a well-diversified stock portfolio comprised in part of market-index mutual funds — will bear the burden of taxes on corporations, to say nothing of the people who work for these companies. To add insult to injury, taxes on corporations might fall disproportionately on Joe the Plumber rather than on Tad the Plutocrat. Joe doesn't have the wherewithal to hire high-priced tax attorneys and accountants to shield his 401k from taxes, while Tad can invest considerable resources in avoiding taxation. 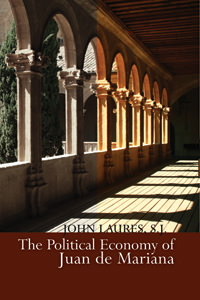 As George Bernard Shaw wrote, "A government which robs Peter to pay Paul can always depend on the support of Paul."[2] In the short run, taxing Rich Peter to pay Poor Paul looks very attractive, politically, and this is precisely what Senator Obama proposes doing with his plan to tax the top 5% of income earners while cutting taxes for the rest of us. In the third debate, Obama pointed out that his supporter and advisor Warren Buffett is willing to pay higher taxes to do what is needed, and so too is Senator Obama. Their intentions are noble, no doubt, but there is no one stopping them from writing a check to the US Treasury right now. The rest of us, seeing the wastefulness of government "stewardship" of our earnings, are understandably hesitant.

Acclaimed minister Adrian Rogers once said that you cannot multiply wealth by dividing it. Trying to spread the wealth via a tax-and-redistribute scheme will not bring prosperity. It will only share misery (albeit perhaps more equitably). The solution is to pursue more market-oriented reforms that remove obstructions on entrepreneurs. As theory and evidence suggests, market-oriented reforms are not faith-based initiatives. They are our only hope for the long run.

[1] The "Joes" idea is from a cartoon that's circulating. Thanks to Jeremy Horpedahl for the pointer.