A Short History of US Credit Defaults 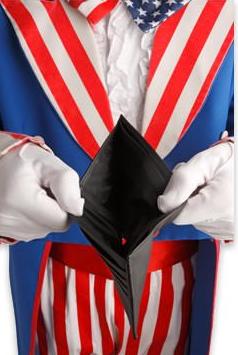 On July 13th, the president of the United States angrily walked out of ongoing negotiations over the raising of the debt ceiling from its legislated maximum of $14.294 trillion dollars. This prompted a new round of speculation over whether the United States might default on its financial obligations. In these circumstances, it is useful to recall the previous instances in which this has occurred and the effects of those defaults. By studying the defaults of the past, we can gain insights into what future defaults might portend.

The Continental Currency Default of 1779

The first default of the United States was on its first issuance of debt: the currency emitted by the Continental Congress of 1775. In June of 1775 the Continental Congress of the United States of America, located in Philadelphia, representing the 13 states of the union, issued bills of credit amounting to 2 million Spanish milled dollars to be paid four years hence in four annual installments. The next month an additional 1 million was issued. A third issue of 3 million followed. The next year they issued an additional 13 million dollars of notes. These were the first of the "Continental dollars," which were used to fund the war of revolution against Great Britain. The issues continued until an estimated 241 million dollars were outstanding, not including British forgeries.

Congress had no power of taxation, so it made each of the several states responsible for redeeming a proportion of the notes according to population. The administration of these notes was delegated to a "Board of the Treasury" in 1776. To refuse the notes or receive them below par was punishable by having your ears cut off and other horrible penalties.

The notes progressively depreciated as the public began to realize that neither the states nor their Congress had the will or capacity to redeem them. In November of 1779, Congress announced a devaluation of 38.5 to 1 on the Continentals, which amounted to an admission of default. In this year refusal to accept the notes became widespread, and trade was reduced to barter, causing sporadic famines and other privations.

Eventually, Congress agreed to redeem the notes at 1,000 to 1. At a rate of 0.82 troy ounces to the Spanish milled dollar and $36 (2011) dollars to the troy ounce of silver, this first default resulted in a cumulative loss of approximately $7 billion dollars to the American public.

Benjamin Franklin characterized the loss as a tax. Memory of the suffering and economic disruption caused by this "tax" and similar bills of credit issued by the states influenced the contract clause of the Constitution, which was adopted in 1789:

No State shall enter into any Treaty, Alliance, or Confederation; grant Letters of Marque and Reprisal; coin Money; emit Bills of Credit; make any Thing but gold and silver Coin a Tender in Payment of Debts; pass any Bill of Attainder, ex post facto Law, or Law impairing the Obligation of Contracts.

The Default on Continental Domestic Loans

In addition to its currency issuance, the Continental Congress borrowed money both domestically and abroad. The domestic debt totaled approximately $11 million Spanish dollars. The interest on this debt was paid primarily by money received from France and Holland as part of separate borrowings. When this source of funding dried up, Congress defaulted on its domestic debt starting on March 1, 1782. Partial satisfaction of these debts was made later by accepting the notes for payments of taxes and other indirect considerations. By the Funding Act of 1790, Congress repudiated these loans entirely, but offered to convert them to new ones with less favorable terms, thereby memorializing the default in the form of a Federal law.

The Greenback Default of 1862

After the Revolutionary War, the Congress of the United States made only limited issuance of debt and currency, leaving the problems of public finance largely to the states and private banks. (These entities defaulted on a regular basis up to the Panic of 1837, in which a crescendo of state defaults led to the invention of the term "repudiation of debts.") In August of 1861, this balance between local and federal finance switched forever when the Civil War induced Congress to create a new currency which became known as the "greenback" due to the green color of its ink. The original greenbacks were $60 million in demand notes in denominations of $5, $10, and $20 which were redeemable in specie at any time at a rate of 0.048375 troy ounces of gold per dollar. Less than five months later, in January of 1862, the US Treasury defaulted on these notes by failing to redeem them on demand.

After this failure, the Treasury made subsequent issues of greenbacks as "legal-tender" notes which were not redeemable on demand, except through foreign exchange, and could not be used to pay customs duties. Depending on the fortunes of war, these notes traded at a discount ranging from 20 percent to 40 percent. By the stratagem of monetizing this currency with bonds and paying only the interest on those bonds in gold acquired through customs fees, Lincoln's party financed the Civil War with no further defaults.

The Liberty Bond Default of 1934

The financing of the United States government stepped up to a whole new level upon its entry into the Great War, now known as "World War I." The new enterprises of the government included merchant-fleet maintenance and operation, production of ammunition, feeding and equipping soldiers entirely at its own expense, and many other expensive things it had never done before or done only on a much smaller scale.

To finance these activities, Congress issued a series of debentures known as "Liberty Bonds" starting in 1917. The preliminary series were convertible into issues of later series at progressively more favorable terms until the debt was rolled into the fourth Liberty Bond, dated October 24, 1918, which was a $7 billion dollar, 20-year, 4.25 percent issue, payable in gold at a rate of $20.67 per troy ounce.

By the time Franklin Roosevelt entered office in 1933, the interest payments alone were draining the treasury of gold; and because the treasury had only $4.2 billion in gold it was obvious there would be no way to pay the principal when it became due in 1938, not to mention meet expenses and other debt obligations. These other debt obligations were substantial. Ever since the 1890s the Treasury had been gold short and had financed this deficit by making new bond issues to attract gold for paying the interest of previous issues. The result was that by 1933 the total debt was $22 billion and the amount of gold needed to pay even the interest on it was soon going to be insufficient.

In this exigency Roosevelt decided to default on the whole of the domestically-held debt by refusing to redeem in gold to Americans and devaluing the dollar by 40 percent against foreign exchange. By taking these steps the Treasury was able to make a partial payment and maintain foreign exchange with the critical trade partners of the United States.

If we price gold at the present-day value of $1,550 per troy ounce, the total loss to investors by the devaluation was approximately $640 billion in 2011 dollars. The overall result of the default was to intensify the depression and trade reductions of the 1930s and to contribute to fomenting World War II.

The Momentary Default of 1979

The Treasury of the United States accidentally defaulted on a small number of bills during the 1979 debt-limit crisis. Due to administrative confusion, $120 million in bills coming due on April 26, May 3, and May 10 were not paid according to the stated terms. The Treasury eventually paid the face value of the bills, but nevertheless a class-action lawsuit, Claire G. Barton v. United States, was filed in the Federal court of the Central District of California over whether the treasury should pay additional interest for the delay. The government decided to avoid any further publicity by giving the jilted investors what they wanted rather than ride the high horse of sovereign immunity. An economic study of the affair concluded that the net result was a tiny permanent increase in the interest rates of T-bills.

Many people are wondering about the possibility of a default by the Treasury on August 3, 2011, when, according to the Treasury's projections, it will no longer be able to meet all expenses without additional borrowing.

In this event, it is unlikely a default will occur. Historically, governments prioritize debt service above all other expenses. If the expansion of funds via debt becomes impossible, the Treasury will cease paying other expenses first, starting with "nonessential" discretionary expenditures, and then move on to mandatory expenditures and entitlements as a last resort.

In extremis, what will happen is that all the losses will be foisted onto the Federal Reserve. The Fed holds something on the order of $1.6 trillion in debt issued by the Treasury of the United States. By having the Federal Reserve purchase blocks of Treasury debt and defaulting on these non-investor-held securities, the United States can postpone a default against real investors essentially forever.