GET NEWS AND ARTICLES IN YOUR INBOXPrint
A
A
Home | Mises Library | Sex, Violence, and the Culture War

Sex, Violence, and the Culture War 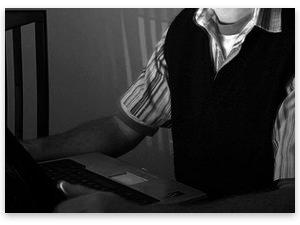 Where does morality leave off and social science pick up? This is not to give the short shrift to issues of morality, but it recognizes that many social issues are far more complicated than they first appear to be; and before we make policies, we have to make sure that we have considered the likely unintended consequences of the policies we endorse. The relationship between pornography and sex crimes shows how a simple analysis can be misleading.

Richard Land of the Southern Baptist Convention's Ethics and Religious Liberty Commission preached at our church on Sunday, July 6, 2008 and argued that Internet pornography is the greatest moral threat to the United States. While the moral status of Internet pornography is unambiguous, the demands of responsible stewardship require that we view the social costs of pornography with a very critical eye. In light of recent empirical studies of the relationship between sex crimes and access to pornography, the conclusion that we should fight against pornography as such deserves re-evaluation. According to the most reliable estimates, increases in the availability of Internet pornography actually reduce rather than increase rape. In the language of economics, Internet pornography is a substitute for rape. It is an alternative channel through which those who are prone to sex crimes can channel their aggressions.

One of the fundamental problems in the social sciences is that correlation is not necessarily causation. Unfortunately, correlations are often reported and causality is inferred based on the predispositions of the analyst without adequately accounting for alternative hypotheses. There is nothing intellectually dishonest about this; indeed, empirical research is extremely difficult. However, it should cause us to view claims about causal relationships with some skepticism.

To explain social phenomena, economists look for factors that change the costs and benefits of different activities. It is entirely possible that there are changes in individual morality that are otherwise unexplained and that explain changes in sexual behavior, but we can probably get more information by looking at the changing costs and benefits of some things relative to others.

The relationship between pornography and rape provides a case in point. Cultural critics argue that pornography chips away at the foundation of God's will for human sexual relationships. As men view women as objects to be used rather than equal creations in the image of God, the propensity to commit sex crimes increases. Therefore, it is argued, increased access to pornography will increase sex crimes and destroy families.

Everything about this story is plausible, but it does not fit the facts. In two recent studies of the relationship between pornography and sex crimes, economists Todd Kendall of Clemson University and Winai Wongsurawat of National Economic Research Associates separately argue that pornography is a substitute for sex crimes. In an unpublished manuscript that has circulated among economists and social scientists, Kendall argues that easier access to Internet pornography reduces rape. By contrast, Wongsurawat's study, published in 2006 in the Journal of Applied Economics, uses different techniques to identify the relationship between rape and access to printed pornographic material, finding the same effect.

Simple correlations produce upwardly biased results; even when we control for things, we can still see where there might be unobservable characteristics that explain the relationship. Economics and social sciences don't have laboratories, so methodologically we have to look for natural experiments or other ways to estimate relationships. According to psychological studies discussed by Wongsurawat, people who are exposed to pornography have greater degrees of sexual aggressiveness. Others cite the decreases in sex crimes in Europe and Japan after pornography laws were liberalized. How should such a debate proceed? Not by questioning the scholars' motives but by carefully evaluating their empirical methods and research designs and trying to propose something better.

As Clemson's Todd Kendall points out, the diffusion of the Internet decreased the money price of pornography. It also decreased the social sanction from pornography because it became much easier to acquire. Kendall examines data from 1998 through 2003 and finds that while Internet diffusion appears to have reduced the incidence of rape, it has no apparent effect on other crimes. This gives us further reason to suspect that the effect is from the Internet to pornography and not because of some other cause. Kendall further isolates the relationship by showing that the effect was largest for fifteen- to nineteen-year-old men who live with their parents — the age group for which the social sanction from pornography was larger than for other groups.

The estimate is large: Kendall finds that "a 10 percentage increase in Internet access is associated with a decline in reported rape victimization of around 7.3%." He establishes this using several different statistical techniques, first comparing changes in reported rape rates over time and establishing that the "early adopter" states saw reductions in reported rapes that were faster than "late adopter" states. It is important to note that Kendall found no similar pattern for murder; moreover, his evidence suggests a larger decline in states with a higher ratio of males to females. Kendall also reports that other scholars have found film violence to be a substitute for actual violence.

Kendall discusses numerous technological changes that have increased access to illicit content. These include the printing press, magazines, motion pictures, VCRs, but the Internet led to an explosion in the availability of sexual content because it reduced the cost of each additional pornographic image and also allowed consumers to indulge themselves more discreetly.

Kendall cites data from Jerry Ropelato's website on Internet filtering statistics saying that "12% of all Internet websites, 25% of all search engine requests and 35% of all peer-to-peer downloads are pornographic." In general, kids aged 12-17 consume more Internet pornography than any other demographic. A 1997 document described child pornography and obscenity as "evils that must be eliminated" and which are not protected by the first amendment. Based on the 93,433 rapes reported in 2003, Kendall estimates that a ten percentage-point increase in Internet availability might prevent something on the order of 6800 reported rapes.

The Internet also reduces prostitution arrests, according to Kendall's findings, perhaps because prostitutes may be able to use the Internet as a more discreet way of communicating than more traditional channels. Kendall concedes that his analysis may be flawed, but he specifies the conditions under which this is the case:

[I]f these results are spurious, and are actually driven by some omitted variable, that variable must be uncorrelated with crime generally, specific to young people, and concentrated in areas with relatively high male-to-female sex ratios. While there may be a few such variables, the most likely interpretation of the results seems to be that internet pornography is substituting for sexual violence.

There are several plausible objections.

First, drug addiction fuels the supply of pornography. The problem here, though, is the drug war rather than pornography per se. Lower prices mean people may not be willing to degrade themselves in order to meet an addiction. They will also have to deal with fewer unsavory characters.

Second, human sex trafficking complicates the analysis. This is indeed a serious, serious problem. Human slavery was formally abolished in the United States in the 1860s; however, it continues the whole world over. However, the proper response is to improve property rights and human rights around the world, not to legislate against pornography.

Henry David Thoreau once said, "there are a thousand hacking at the branches of evil to one who is striking at the root." Policies designed to restrict access to pornography hack at the branches of evil, and they will likely have unfortunate unintended consequences (such as increased sex crimes). My experience hacking at branches on some of the unwanted trees in our backyard has been that when one branch is cut, two or three more shoots appear. We would do well to learn this lesson with respect to government policy.

Getting rid of unwanted weeds and foliage requires getting to the roots. The policy goal for churches and other groups should be to reduce the demand for pornography rather than the supply. This comes with improved moral education rather than legislative restrictions on what can be provided. Reducing the supply of pornography will increase the number of sex crimes, an unsavory tradeoff. Improved moral education, by contrast, can reduce both.

At the end of the day, careful use of data is of paramount importance. In an article in the Harvard Crimson, Harvard economist Edward Glaeser argued that the core of a Harvard education should include an analytical social science like anthropology, sociology, or economics and a rigorous course in statistical analysis. Economics is in part about unintended consequences. The evidence suggests that policies aimed at restricting pornography can have negative unintended consequences — or at best, no effect at all.

Stewardship demands that we use our resources wisely. This extends to the moral and political sphere as well as to personal finance. The relationship between pornography and crime illustrates the fact that in an imperfect world with limited resources — and, therefore, tradeoffs — seemingly black-and-white moral issues are more complex than they first appear. These studies suggest that legislative battles against pornography are likely to be counterproductive.