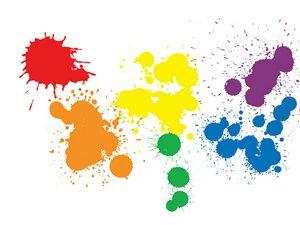 Earlier this month, Amendment 1 — an amendment to the North Carolina state constitution that precludes the state from recognizing gay marriage, among various other kinds of domestic partnership — was passed by voters. Much has already been made of the bill's discriminatory content, the former need to "vote against," and the current need for repeal, but much of this looks more like an exercise in missing the point than anything else.

In the end, the problem with Amendment 1 is not so much that this election was decided in one direction and not the other, but rather that we live in a society content to employ statewide voting as a means of collective decision making in the first place.

One of the problems with a statewide referendum on the issue of gay marriage, or any domestic matter, is that it implicitly assumes that the state — as opposed to the county, city, neighborhood, place of business, or any other pool of people — is the appropriate unit for collective decision making. It suggests that state residency is a common denominator fundamental enough to bind 9.7 million people to one another's opinions, interests, and backgrounds — complex, diverse, and contradictory though they may be. It contends that it is morally acceptable for 93 counties to decide an issue not only for themselves but for the remaining seven as well. And it denies a man — or two, or several — the opportunity to lead his life as he, and not as his distant neighbors, sees fit.

In fact, this is true of any state election — from the local to the federal — regardless of the issue or its outcome. To be sure, the Amendment 1 decision results in a greater and more visible loss of freedom than many others, but each and every vote that has ever been cast has been predicated on establishing a uniform set of rules for a heterogeneous group of people. A simple examination of the purpose behind voting shows this to be true a priori. If, on the one hand, the population were entirely homogeneous, there would be no need to vote, because our identical beliefs, incentives, and experiences would compel us all toward the exact same actions and conclusions. The vote, by virtue of its own existence, therefore implies our heterogeneity. On the other hand, it also implies our search for — or perhaps toleration of — one-size-fits-all solutions to our varied and diverse problems. (If we were content with different solutions for different people, again, there would not be a need for the vote.)

As local backlash to the Amendment 1 decision has shown, however, one-size-fits-all solutions tend to fit the mobs that instate them better than the minorities that reject them. Put otherwise, the outcome of the recent vote is not actually a uniform solution for the heterogeneous population of North Carolina. It is a uniform solution for the largest homogeneous community within that population, by which all of the smaller, subordinate populations will henceforth be made to abide.

The tension arising from this arrangement, as Friedrich Hayek noted in The Constitution of Liberty, is fundamental to the democratic process. "The current theory of democracy," Hayek wrote, "suffers from the fact that it is usually developed with some ideal homogeneous community in view and then applied to the very imperfect and often arbitrary units which the existing states constitute."

Both the imperfection and arbitrariness of state-level decision making have revealed themselves to progressive voters here, many of whom now seem to be eager to distance themselves as much as possible from the state and their fellow citizens.

Take, for example, their observation that support for Amendment 1 is inversely related to level of education, and that those counties that voted against the amendment are all home to major universities:

It is, of course, difficult to say exactly why it is that voters have taken to invoking these relationships and sharing these images, but at least some of them have done so as an assertion of the validity of their position. In their appeal to authority — represented, in this case, by the ivory tower — those who promote this intellectually elitist interpretation of the outcome concern themselves too much with their own moral superiority. In so doing, they overlook the true stories that the graphics shown above tell, and the ways in which the depicted voting patterns — and their reality of an electorate fractured along religious, educational, and socioeconomic lines — crystallize the aforementioned ideas of Hayek, as well as those of Hans-Hermann Hoppe, on the shortcomings of democracy as a process of collective decision making.

In other words, the above graphics are valuable, not because they provide insight into the progressive voting tendencies of college-going young people, but rather because they serve as a strong, visual testament to the heterogeneity of North Carolina's (voting) population, and to the ways in which a spectrum of varying backgrounds, upbringings, and belief systems influence individuals toward differing — and, in this case, opposing — conclusions. Although this point is easy to lose sight of, it should have been obvious even without the graphic: after all, it is clearly likely that, in many cases, those who live in close proximity to a university may make decisions differently — not necessarily better and not necessarily worse, both being subjective moral valuations — than those who live in more rural areas.

For one thing, the presence of a university attracts a crowd different from the one drawn to the rural areas; this fact alone should be enough to tell us that these two populations may not see eye to eye. Furthermore, those living in city or college-town settings will be drawn toward different programs than those who are not, and will often be incentivized toward different behaviors and solutions. To lump these varying locales together and put matters to a statewide vote, then — in which every personal preference, history, character trait, and bias becomes a variable — is something of an absurd version of "apples to oranges." Each city voter attempts to impose his personal standards, goals, and solutions on each voter from the outskirts, and vice versa. Each voter holds the entire population of North Carolina to his own subjective, personal values scale, with the result that 9.7 million of them end up unable to fulfill each other's aims.

This is one of the fundamental problems that Hoppe addresses in Democracy: The God That Failed. In relation to the question of immigration, Hoppe makes a point that is well-taken here as well:

Secession solves this problem, by letting smaller territories each have their own admission standards and determine independently with whom they will associate on their own territory and with whom they prefer to cooperate from a distance.

Hoppe's assumption is, of course, that large states bound by democratic processes are unable, by virtue of the heterogeneity of their populations, to reach uniform conclusions that please everyone. The populations, then, would actually be better served by splitting themselves into a series of smaller populations, in order that any methodology of collective decision making might better approach the true will of the citizens.

As units of decision making get smaller and smaller, the variability between these increasingly small states is likely to rise, and the varied interests of a collection of diverse populations are increasingly better served. "Secession," Hoppe elaborates, "increases ethnic, linguistic, religious, and cultural diversity, while centuries of centralization have stamped out hundreds of distinct cultures." And, so long as citizens are able to "vote with their feet," these increases in diversity actually put pressure on communities to fashion themselves (and their policies, marriage related or otherwise) in as appealing a manner as possible.

There is a caveat that must be recognized here, and that is that, under such systems of decentralized decision making, policies such as Amendment 1 would undoubtedly come to pass in many communities. It is true that, without the constant threat of forceful intervention by state and federal governments, certain communities might choose not to observe civil rights, gender equality, or any other desirable ethic with which they might, for whatever reason, disagree. (Of course, one has to wonder if this is also not the case within many state governments today.)

To this, though, there are two responses. The first is that such communities will harm only themselves, because they will deprive themselves of potentially valuable members of their own society and will likely be met with distaste by neighboring communities with which they trade, while those they spurn will find their residence elsewhere and remain unaffected by the discriminatory policies. The second is that it will never suffice for us to defend freedom only when it is exercised in ways that we find palatable. For if we are content to revoke a man's right to discrimination — again, no matter how much we might oppose it in the first place — then we are equally content to undo all of our work toward establishing a freer society.

To those unfamiliar with anarchist, libertarian, or otherwise antiauthoritarian and antistate philosophies, Hoppe's point may seem like an extreme one. It does not take any secession, though, to return to what many of us have known since were young: that each of us should be allowed to decide what is best for ourselves, so long as we allow others to do the same. This is, after all, the logical end of Hoppe's argument, which, when taken to the extreme, eventually arrives at the individual as the ideal unit of decision making. By placing our personal decisions — from lifestyle to marriage to the fates of the wealth and estates of others — on state- and nationwide ballots, we violate these basic principles, and the progressive population of North Carolina, at least, finally seems to be frustrated by it.

Chris Bassil writes from Boston, Massachusetts, where he operates the Austro-libertarian blog Hamsterdam Economics. He is a recent graduate of Duke University and continues to contribute weekly opinion pieces with Austrian takes on policy, economics, and health care to the school's student-run daily independent newspaper, the Chronicle.