GET NEWS AND ARTICLES IN YOUR INBOXPrint
A
A
Home | Mises Library | Scroogenomics: The Economics of Holiday Gifts

Scroogenomics: The Economics of Holiday Gifts 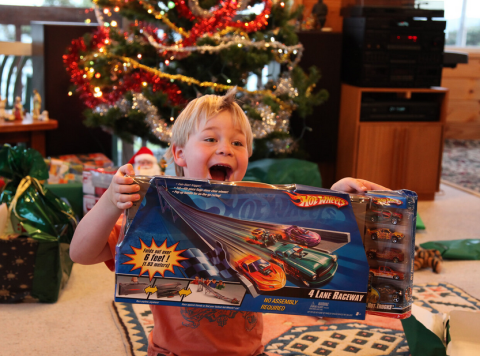 [Scroogenomics: Why You Shouldn't Buy Presents for the Holidays • By Joel Waldfogel • Princeton University Press, 2009 • 186 pages]

This little book could have been a great Christmas gift for many of your friends and relatives. It has some neat information about Christmas, and I share the author's sense that the Christian holiday has been overly commercialized.

Unfortunately, the whole premise of the book rests on a basic economic error. This leads, ultimately, to the unraveling of Waldfogel's case against Christmas giving. However, the book does illustrate some important differences between Austrian and mainstream economists.

Mainstream economists like Waldfogel take the Scrooge position that gift giving is bad for the economy. But, for Austrians, holiday gift giving is just fine. People have been celebrating during this season for a long time, and you have plenty of choices, including Hanukkah, Christmas, New Year's Day, and more recently Kwanzaa and Festivus. Any problems with such giving are either insignificant or are already being dealt with by the people involved.

The basic foundation of Scroogenomics is that gift giving creates a deadweight loss to society. Gift buyers transfer their money to buy gifts that provide little utility for the people who receive them. In fact, Waldfogel asked his students if the gifts they received as holiday presents were really worth what was paid for them, and he found at least a 13 percent shortfall in value. Surprise! College students would rather have the money.

If I spend twenty dollars to buy a fruitcake for Aunt Mary, I receive more satisfaction than I would spending the twenty dollars on something else for me or her. Yes, gift givers may "feel compelled" to buy gifts, and the utility they receive might be characterized better as relief than anything else, but it is still utility. Plus, the recipient receives both direct and indirect utility from the gift.

Sometimes gift givers intentionally give gifts that do not produce the maximum possible utility for the receiver. People give books to people who do not read much in the hopes that they develop a good habit. Givers will give unfamiliar music to others in the hopes of expanding their musical experience. Sure, these plans might not work out, but that does not change the utility at the time of purchase.

We do the same thing with charitable donations. Charities that try to help the poor do not do so simply by writing checks and handing out cash. Cash might ring up higher on the recipient's utility meter, but donors and their charities are interested in other results. That is why they tend to provide food, clothing, shelter, medicine, and education. In fact, private charities tend to provide these services in such a way that they cannot be sold for cash. Thus, you eat, sleep, and receive medicine on the premises of the charity. The clothing is probably used and in your size, so it is difficult to resell.

Even the government tries to work this way. No one is interested in maximizing the recipient's utility, especially if the recipient is young, uneducated, or in an alcoholic stupor.

The rest of Waldfogel's book basically confirms that gift giving is not as horrific as mainstream economics might expect. Even if we apply the results of the surveys of college students to the total amount of gifts, it turns out that the deadweight loss in America is only $17 billion. I am sad to say it, but that is now a very small amount of money.

It also turns out that Christmas in America is not all that commercialized compared to other nations. We are the twenty-first lowest in spending out of the thirty-one Organisation for Economic Co-operation and Development (OECD) countries; and we spend only three of every million dollars of GDP, making us the sixth most Scrooge-like country of the twenty-six major economies. Since 1935, Christmas-related spending has been reduced by 50 percent (when adjusted for inflation and GDP). We spend more, but Christmas spending is actually becoming less important in the bigger scheme of things.

The author does show that instead of a save-and-spend approach toward gift buying, Americans have increasingly adopted the borrow-and-spend approach of our government. Since the turning point was 1980, we can safely dump this problem in the lap of public policy, not Santa; government has virtually destroyed the incentive to save.

Christmas as an institution has had to evolve over time with changes in society. It is still trying to catch up with prosperity and the more dispersed nature of our families. As the author suggests, one resolution to this quandary is gift cards, which allow the shopper to skip the gift decision, the wrapping, and the sending, and allow the recipient a wide choice of gifts. In addition, individuals, families, and groups have changed their traditions to emphasize no-gift parties, charitable donations, and limitations on gift giving (number, dollar amount, or children only).

For me, this book was like Freakonomics. It was fun, easy to read, and filled with unusual facts and calculations. Unfortunately, it has little sound economic theory. It does, however, highlight the fundamental differences between mainstream and Austrian economics. Mainstream economists seem hell-bent on reforming anything they haven't already screwed up. Meanwhile, Austrian economists are content to point out the mainstream's mistakes of Christmas past and present.