Science for the State 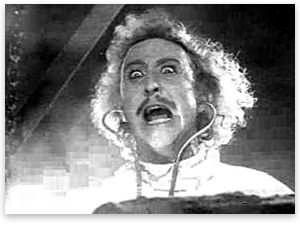 It sometimes seems that every regime needs to find its justification in science. Ideology is fine, to a point. But the final arbiter of legitimacy resides, or so it seems, in science. So what of science?

The Soviet Union had its ideological foundation in dialectical materialism — that edgy methodology that combines, you guessed it, dialectics and materialism. In essence, so the theory goes, matter moves from one state to another in an endless ascendancy from the lower to higher.

I know, blah, blah, blah. Just a load of muddled nonsense. But it was the Soviet religion. And everything had to be justified through it.

So in the 1920s, along comes this quack by the name of Lysenko. According to Wikipedia, he rejected

Mendelian genetics in favor of the hybridization theories of Russian horticulturist Ivan Vladimirovich Michurin, and adopted them into a powerful political-scientific movement termed Lysenkoism.

Helena Sheehan picks up the story noting that Lysenko

subsequently became famous for the discovery of "vernalisation," an agricultural technique that allowed winter crops to be obtained from summer planting by soaking and chilling the germinated seed for a determinate period of time.

More muddled nonsense. But since Lysenko and his nonsense — er, theories — fit the nonsense that is dialectical materialism, he became a sweetheart of the state bureaucracy.

And as Lysenkoism grew in power and prestige, so did the pressure on those who dared object. Alternate theories were rejected and proponents forced from positions and jailed, and sometimes even sentenced to death. Mendelian genetics was pushed from the halls of academia into the hushed-hushed backrooms where no one listened, except spies for the state.

There were two other results of Lysenkoism worth noting: food shortages and waste. But, hey, what's a few cracked eggs among friends, especially when the omelet is for the state?

The key to my opening statement is not that science needs to justify the state. The key is that the state needs to find the science that will justify its (the state's) existence.

So the state creates its justifying science and, lo and behold, that very same science justifies the state. In Lysenko's words,

Long live the Party of Lenin and Stalin, which discovered Michurin for the world and created all the conditions for the progress of advanced materialist biology in our country.

Glory to the great friend and protagonist of science, our leader and teacher, Comrade Stalin!

Keynes was the Lysenko of the Roosevelt administration. The state declared Keynes a genius and worked to control his opposition. No Siberian Gulags, just academic ones. But the chilling result was the same here as in the Soviet Union. The state's science became the science, and science and state lived happily ever after. For a while anyway.

When Stalin died, Lysenko was first discredited by Khrushchev.

Nevertheless, Lysenko was to find favour again, and at that with Khrushchev, for his researches into composting and breeding dairy cows with high butter fat, themes both dear to Khrushchev who wanted to raise the USSR's milk output.

In the end, the Soviets finally recognized that Lysenko was a fraud, though it took a half a century.

Here in the United States, it took us almost the same amount of time to begin to question Keynesianism. And just like Lysenkoism, Keynesianism fell out of favor only to subsequently return to favor once again — nothing like more butter fat to whet the appetite of the political class.

Of course, Keynes is gone — his long run ended years ago. But Keynesianism lives on through its adherents. And Paul Krugman is the most visible one we have today.

But Krugman is just another Lysenko — peddling nonsense that justifies the state. As one of its most prominent and vocal proponents, Krugman is an influential activist for the political class and the status quo. So, of course, he is blessed by the state. 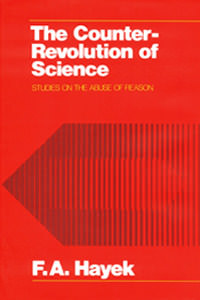 Most importantly, Krugman is willing to see more than a few eggs cracked in order to serve up a state-sized omelet — I think he calls his special omelet the Laureate, but I am not certain of that.

Every state needs justification. And the justifiers are always welcomed and cheered by the state. So we should not be shocked that a false science — a science that props up the state — is embraced by the state and associated sycophants.

But we must always remember that in the end, the nonsense is revealed for all to see, with the proponent receiving his due discredit. But how long do we have to wait? And what will be the final result? Only time will tell.