GET NEWS AND ARTICLES IN YOUR INBOXPrint
A
A
Home | Mises Library | That Savings Glut vs. Those Low Interest Rates

That Savings Glut vs. Those Low Interest Rates 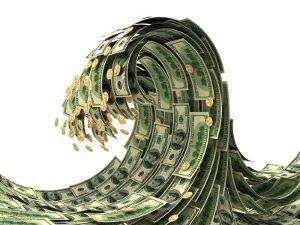 Five years after the worst financial crisis since the Great Depression, economists are still starkly divided as to its causes. Perhaps this is not too surprising as we are now more than 80 years past the Great Depression with little end in sight to the debate surrounding the causes of that downturn.

Most economists fall into one of two camps when explaining where the imbalances originated that led up to the current crisis. Austrian School economists are in the unique position of being able to reconcile these two camps, even while favoring the first explanation to the second.

The first camp, which includes most Austrian School economists, looks at the imbalances caused by central bank interest rate policy being set “too low for too long.” In this view, artificially low interest rates allowed for erroneous capital investments following the dot-com bust of 2001, and continuing to the present time.

The Federal Reserve’s artificial reduction of interest rates (to use the U.S. as a proxy for the Western world) put in motion two shifts in the economy. The first was the decrease in savings by Americans, and a corresponding consumption-led boom (what Mises called “overconsumption”). The second was the overall decrease in investment and production in the lower stages of the capital structure, with a corresponding increase in investment and production in the higher stages. This shift is what Mises termed “malinvestment.” Note that this shift does not represent an “overinvestment” in capital, as is commonly and erroneously claimed by non-Austrian economists, but rather a temporal shifting of productive activity from stages closer to consumption to those further away.

Specifically, we see malinvestment in the large-scale shift of capital away from manufacturing in favor of higher-order research and development. Overconsumption, on the other hand, is illustrated by the rise of consumer culture embodied by big box stores and a plethora of shopping malls and outlet stores.

In the opposite camp are the economists favoring the “excess savings view” or the “global savings glut hypothesis.” These economists view the crisis as a result of current account surpluses, primarily in Asian countries, that led to financial imbalances in Western economies.

As consumers consumed more but the economy restructured itself away from producing consumer goods, an increase in imports was inevitable. As luck would have it, developing countries — and especially Asian countries — were in the reverse position of the U.S., and years of financial underdevelopment left many of them with immature financial markets. These Asian countries also proved to be low-cost producers of many products. As Americans increased their imports from these countries to feed their own unsustainable consumption-led boom, the net proceeds in these countries had no developed domestic financial markets to invest in.

In response, these funds were channeled back to U.S. financial markets, and in the views of those who favor the saving glut theory, this is was set in motion the unsustainable boom. As time went on, the trade surpluses in Asia resulted in net capital outflows in search of a market to invest in. Western economies that were the recipients of these capital flows witnessed remarkably low interest rates and credit booms with a corresponding buildup of debt.

Thus, in the view of proponents of the savings glut theory, the Federal Reserve was not the cause of lower interest rates, but rather it was a passive observer as interest rates were lowered exogenously from these foreign sources.

Yet proponents of the global savings glut hypothesis must grapple with one unanswered question: What caused citizens of Asian countries to increase their savings rate and destabilize Western economies with their excess capital outflows? One could take the view that savings rates are exogenously determined — e.g., by animal spirits — yet this “explanation” only pushes the problem one step back. What determines these animal spirits?

To find a satisfying answer we must look at the role of monetary policy in determining saving rates.

There is no need to look to animal spirits or any ill-defined exogenous force to explain why developing countries increased their savings so much during the boom and funneled these savings into Western financial markets. The unsustainable boom propagated by Western central banks set this process in motion by creating a disconnect between the consumption demands with the domestic productive capacity of their economies.

Moreover, the current ire directed at the loss of manufacturing in the United States is not the result of “greedy outsourcers” or even “currency manipulators” in Asian countries. The loss of productive capacity in the U.S. is the outcome of a too-low interest rate policy by the Federal Reserve incentivizing entrepreneurs to move their investments to the higher stages of production — those furthest from final consumption — while simultaneously incentivizing consumers to increase their present consumption at the expense of savings.