Saving India from the Keynesians 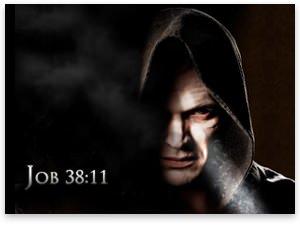 In the murder mystery The Da Vinci Code, Silas the albino is in search of the keystone and, on confession by the four sénéchaux about the location, he visits the Saint Sulpice church in Paris to retrieve the same. However, upon digging at the specified spot, all that he finds is a stone with the inscription "Job 38:11." A nun explains the symbolism: "Hitherto shalt thou come, but no further," indicating that Silas has reached the end of the road in his attempts to find the keystone.

Much like Silas, members of the Indian economic think tank are lost in terms of what needs to be done.1 While in The Da Vinci Code, the elaborate ruse was an explicit design by the four sénéchaux to safeguard the keystone, in the Indian scenario, the problem lies between the ears of the think-tank team and was put in place decades ago by John Maynard Keynes. Operating perhaps with the most altruistic of intentions, Keynesian economic thinking has been and will continue to be the stumbling block in our progress forward. Unless this team can unlearn the Keynesian "witchcraft" to understand capitalism (i.e., the free market as understood by Austrian economics), progress is going to be halting, if there is any at all.

At this point, readers could rightfully ask the question "How then did the same team engineer the reforms of 1990–2010?" The answer is fairly straightforward: all that we have managed is a transition from a nearly communist economy (defined as state ownership of production) to a nearly fascist economy (in which ownership of production is private, but the state plans and controls the means of production.)2 The above transition was intellectually consistent with the Keynesian beliefs of the reform team and hence was not difficult to implement. Even this limited movement in the direction of "free markets" has given the Indian economy tremendous rewards in terms of growth and poverty reduction.

Despite the obvious benefits of liberalization, India still continues to centrally plan the economy and indulge in various socialistic schemes. While political compulsions of democratic politics could be part of the problem, the real stumbling block lies in retrograde economic thinking. Given below are a few issues where the flawed ideology is affecting the progress.

I have taken three examples to explain how government interference inhibits economic activity and encourages inefficiencies. The beneficiaries of the current economic system are corporates who can thrive under the corrupt system and the citizens who are recipients of the subsidies. This comes at the expense of a depreciating currency and bearing the brunt of these policies is the large Indian middle class.

Saving the Country from Keynesians

Given the challenges ahead in terms of disruptions in the global economy, the right thing for the government to do would be to free up capital by reducing their expenditure (leading to lower taxes and inflation) and dramatically decrease the involvement in economic activities/decision making by allowing competitive forces to decide market outcomes. Of course, there would be vested interests protesting these changes by the corporates that are benefiting today from government policies and by the citizens who enjoy the Keynesian dole outs.

While there would be impediments to implementation as cited above, the bigger stumbling block lies in the realization by the economic team as to why the above is the right thing to do. For a team that has paraded the NREGA as its flagship achievement, indulges in price controls as a way to manage inflation, has praised ministers for presenting socialistic budgets (for example, the railway budget, where passenger fares have not been revised for the last eight years and due to the burgeoning deficit, there has been a nominal increase in 2012), the intellectual blind spot is the real hurdle. With the repeated hyperbole in the mainstream media of Indian Prime Minister Dr. Manmohan Singh being a "brilliant economist," and given that he has surrounded himself with advisers who are essentially welfare/Keynesian economists, salvation truly lies only within.

Shanmuganathan "Shan" Nagasundaram is the founding director of Benchmark Advisory Services, an economic-consulting firm. Early to forecast the US housing bubble, increase in commodity prices, and more, his economic analysis has been featured in more than 40 publications. Shan is the India markets analyst for the newly launched World Money Analyst, a monthly publication of International Man.