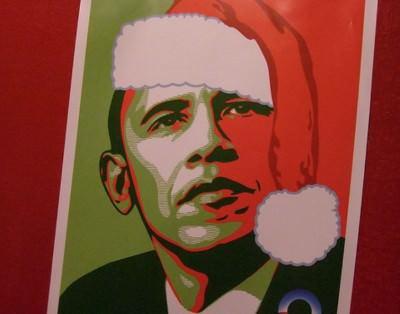 Editor's Note: President Obama's "Fiscal Cliff" message to the American public is essentially this: "Either Congress lets me soak the 'rich', or you yourselves will get soaked when across-the-board tax hikes automatically kick in at year end. It's you or them." The American people should not yield to this thuggish demagoguery. Not only does soaking the rich lead to capital consumption and all-around impoverishment, but it can contribute vanishingly little toward eliminating the federal deficit. Without a precipitous drop in government spending, the burden of an ever-more bloated leviathan state will inevitably fall even more heavily on the backs of the general productive public. Mises makes this point brilliantly in the following excerpt.

The Exhaustion of the Reserve Fund

The idea underlying all interventionist policies is that the higher income and wealth of the more affluent part of the population is a fund which can be freely used for the improvement of the conditions of the less prosperous. The essence of the interventionist policy is to take from one group to give to another. It is confiscation and distribution. Every measure is ultimately justified by declaring that it is fair to curb the rich for the benefit of the poor.

In the field of public finance progressive taxation of incomes and estates is the most characteristic manifestation of this doctrine. Tax the rich and spend the revenue for the improvement of the condition of the poor, is the principle of contemporary budgets. In the field of industrial relations shortening the hours of work, raising wages, and a thousand other measures are recommended under the assumption that they favor the employee and burden the employer. Every issue of government and community affairs is dealt with exclusively from the point of view of this principle.

An illustrative example is provided by the methods applied in the operation of nationalized and municipalized enterprises. These enterprises very often result in financial failure; their accounts regularly show losses burdening the state or the city treasury. It is of no use to investigate whether the deficits are due to the notorious inefficiency of the public conduct of business enterprises or, at least partly, to the inadequacy of the prices at which the commodities or services are sold to the customers. What matters more is the fact that the taxpayers must cover these deficits. The interventionists fully approve of this arrangement. They passionately reject the two other possible solutions: selling the enterprises to private entrepreneurs or raising the prices charged to the customers to such a height that no further deficit remains. The first of these proposals is in their eyes manifestly reactionary because the inevitable trend of history is toward more and more socialization. The second is deemed "antisocial" because it places a heavier load upon the consuming masses. It is fairer to make the taxpayers, i.e., the wealthy citizens, bear the burden. Their ability to pay is greater than that of the average people riding the nationalized railroads and the municipalized subways, trolleys, and busses. To ask that such public utilities should be self-supporting, is, say the interventionists, a relic of the old-fashioned ideas of orthodox finance. One might as well aim at making the roads and the public schools self-supporting.

It is not necessary to argue with the advocates of this deficit policy. It is obvious that recourse to this ability-to-pay principle depends on the existence of such incomes and fortunes as can still be taxed away. It can no longer be resorted to once these extra funds have been exhausted by taxes and other interventionist measures.

This is precisely the present state of affairs in most of the European countries. The United States has not yet gone so far; but if the actual trend of its economic policies is not radically altered very soon, it will be in the same condition in a few years.

For the sake of argument we may disregard all the other consequences which the full triumph of the ability-to-pay principle must bring about and concentrate upon its financial aspects.

The interventionist in advocating additional public expenditure is not aware of the fact that the funds available are limited. He does not realize that increasing expenditure in one department enjoins restricting it in other departments. In his opinion there is plenty of money available. The income and wealth of the rich can be freely tapped. In recommending a greater allowance for the schools he simply stresses the point that it would be a good thing to spend more for education. He does not venture to prove that to raise the budgetary allowance for schools is more expedient than to raise that of another department, e.g., that of health. It never occurs to him that grave arguments could be advanced in favor of restricting public spending and lowering the burden of taxation. The champions of cuts in the budget are in his eyes merely the defenders of the manifestly unfair class interests of the rich.

With the present height of income and inheritance tax rates, this reserve fund out of which the interventionists seek to cover all public expenditure is rapidly shrinking. It has practically disappeared altogether in most European countries. In the United States the recent advances in tax rates produced only negligible revenue results beyond what would be produced by a progression which stopped at much lower rates. High surtax rates for the rich are very popular with interventionist dilettantes and demagogues, but they secure only modest additions to the revenue.1 From day to day it becomes more obvious that large-scale additions to the amount of public expenditure cannot be financed by "soaking the rich," but that the burden must be carried by the masses. The traditional tax policy of the age of interventionism, its glorified devices of progressive taxation and lavish spending, have been carried to a point at which their absurdity can no longer be concealed. The notorious principle that, whereas private expenditures depend on the size of income available, public revenues must be regulated according to expenditures, refutes itself. Henceforth, governments will have to realize that one dollar cannot be spent twice, and that the various items of government expenditure are in conflict with one another. Every penny of additional government spending will have to be collected from precisely those people who hitherto have been intent upon shifting the main burden to other groups. Those anxious to get subsidies will have to foot the bill themselves for the subsidies. The deficits of publicly owned and operated enterprises will be charged to the bulk of the population.

The situation in the employer-employee nexus will be analogous. The popular doctrine contends that wage earners are reaping "social gains" at the expense of the unearned income of the exploiting classes. The strikers, it is said, do not strike against the consumers but against "management." There is no reason to raise the prices of products when labor costs are increased; the difference must be borne by employers. But when more and more of the share of the entrepreneurs and capitalists is absorbed by taxes, higher wage rates, and other "social gains" of employees, and by price ceilings, nothing remains for such a buffer function. Then it becomes evident that every wage raise, with its whole momentum, must affect the prices of the products and that the social gains of each group fully correspond to the social losses of the other groups. Every strike becomes, even in the short run and not only in the long run, a strike against the rest of the people.

An essential point in the social philosophy of interventionism is the existence of an inexhaustible fund which can be squeezed forever. The whole doctrine of interventionism collapses when this fountain is drained off. The Santa Claus principle liquidates itself.

[Human Action (1949). An MP3 audio file of this article, narrated by Jeff Riggenbach, is available for download.]