The Rothbardian Critique of Consumer Sovereignty 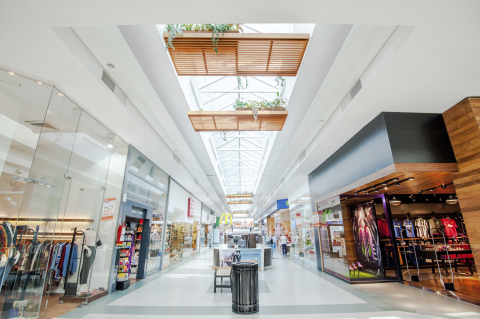 In a previous article, I outlined Ludwig von Mises's endorsement of consumer sovereignty. This principle states that, despite the superficial power enjoyed by the capitalists and landowners, the true bosses under capitalism are the consumers. Mises argued that a market economy held daily plebiscites, as it were, in which every penny spent was a vote to influence the use to which society's scarce resources would be directed.

The most notable Austrian case against the doctrine of "consumer sovereignty" was Murray Rothbard's treatment in Man, Economy, and State. My treatment below relies heavily on Rothbard, although I may state certain points differently.

The most obvious flaw in the doctrine is its very name. As Rothbard explains,

The term "consumers' sovereignty" is a typical example of the abuse, in economics, of a term … appropriate only to the political realm and is thus an illustration of the dangers of the application of metaphors taken from other disciplines. "Sovereignty" is the quality of ultimate political power; it is the power resting on the use of violence. In a purely free society, each individual is sovereign over his own person and property, and it is therefore this self-sovereignty which obtains on the free market. No one is "sovereign" over anyone else's actions or exchanges. Since the consumers do not have the power to coerce producers into various occupations and work, the former are not "sovereign" over the latter. (561, emphasis in original)

Apart from the technical inaccuracy—namely, that consumers are not truly sovereign over the producers—the doctrine is an insult to the market economy. We must remember that when Mises was writing, "progressive" social thinkers hailed democratic egalitarianism as the wave of the future. To such people, capitalism was a repugnant system that appeared to be a relic of the aristocratic and feudalist past. They thought socialism as an economic system was the necessary analog to democracy as a political system.

In this historical context, it is understandable that Mises would argue the contrary position, namely that capitalism was far more "democratic" than a centrally planned economy. Even so, such a comparison doesn't do the market justice: the free market is a much better system of social organization than any democracy!

In a democratic election, only one candidate can win. Necessarily, those who voted for the losing candidate will be frustrated. (Hopefully a respected constitution will limit the extent to which the victors can exploit the losers.) But this isn't the case in a market economy. When it comes to shoe production, to take a simple example, the capitalists and landowners do not poll the consumers and then make shoes that are all the size of the median foot. On the contrary, what happens is that shoes of standard sizes are mass produced, while niche markets exist for consumers with unusually small or unusually large feet. It would be horrible indeed for such abnormal people if shoe production were subject to democratic control.

Another problem with the doctrine of consumer sovereignty is that its proponents (such as Hutt) apparently vacillate between a tautologous definition, on the one hand, versus a normative benchmark, on the other.

If all we mean by consumer sovereignty is that production ultimately serves consumption ends, then yes, a market economy necessarily exhibits consumer sovereignty. Even apparent counterexamples, where a producer foregoes possible monetary returns, are merely instances of consumption by the producer himself. (I gave an example in my previous article of a homeowner who refuses to clear the forest around his house, despite the possibility of erecting apartment buildings and earning a higher monetary income.)

Once we begin down this road, we run into trouble. For now it is not enough to classify all production decisions as satisfying the consumption desires of the customers or the consumption desires of the producer himself. No, we must now ask ourselves, is the producer "restricting" output in order to directly consume the resources himself, or is he doing so merely to raise the price at which he can sell the remaining output to his customers? In the former case, Hutt (and Mises) would say that consumer sovereignty has been respected, while in the latter, it has been violated. This raises the question, do Austrian economists really want to base their criteria of economic desirability on the unseen intentions of a producer?

We can illustrate this last point with the supposedly best example of a violation of consumer sovereignty. In my earlier article, I invented a scenario in which one million bushels of coffee are harvested in a certain country. Now if the coffee is owned by dozens of independent producers, suppose that they would have a negligible influence on the market price for coffee, and hence would sell the entire harvest at $50 per bushel.

In contrast, suppose that if a monopolist owns all one million bushels, he could make the most profit by selling only 800,000 bushels at $75 each. If the consumer demand allowed this, he would indeed do so. Furthermore, we can even imagine the evil monopolist burning the excess 200,000 bushels of coffee (perhaps to prevent his subordinates from secretly selling it themselves). If the producers are supposed to act as the mandatories of the consumers, then we can certainly understand how someone like Hutt or Mises would deplore this hypothetical case, where the producer actually destroys some of the scarce consumer good.

But wait just a moment. Both Hutt and Mises argue that it is no violation of consumer sovereignty if a producer refrains from selling units of a good in order to satisfy his or her own consumption ends. Thus, if a seller has 100 bottle rockets but only sells 80 of them, and then blows up 20 of them himself in his backyard, this is not a violation of consumer sovereignty. Quite obviously what has happened in this case is that the seller of bottle rockets has purchased 20 of them "from himself" and then "consumed" them in the usual fashion.

But if we concede this case, what of our hypothetical coffee monopolist? Do we really want to argue that his actions would be permissible if he derived a thrill from watching coffee burn? (This is, after all, possible; maybe the guy is a pyromaniac.) If we wish to actually apply the doctrine of consumer sovereignty to real-world situations, we are thus put into the uncomfortable position of analyzing people's subjective motivations. To take a different example, if a famous singer only performs once per year, then in order to determine if she is respecting the "sovereignty" of her fans, we need to know if she is producing less only to raise profits or if she is doing it to consume more leisure time. The former case is a violation of consumer sovereignty, while the latter is not.

The above analysis has shown the difficulties inherent in the doctrine of consumer sovereignty. But perhaps the reader still feels that something is wrong with the case of the coffee monopolist—isn't it downright wasteful for him to burn perfectly good crops? True, if he derives a thrill from it, then this is an example of (admittedly eccentric) consumption. But what about the more realistic case, where the producer is burning crops just to raise his revenues?

Rothbard points out that such cases will be rare indeed on a free market. The true waste, he argues, is not in the burning of the 200,000 bushels, but rather lies in the earlier decision to grow one million bushels (rather than 800,000). Even monopolists will make more profit by correctly estimating their future sales when making production decisions. Thus we need not fear a habitual destruction of product, because the monopolist in question (even in the apparent worst-case scenario) would have every incentive to avoid such situations in the future. The resources that were originally devoted to the last 200,000 bushels would then be freed up to make other products for which the consumers are willing to spend more money.

Finally, we should note that the real-world examples of widespread crop destruction are due to government cartels. During the Great Depression, for example, farmers did indeed destroy crops while other Americans starved. But this was not an outcome of the free market. No, it was part of FDR's horrible plan to raise farm prices by restricting output.