GET NEWS AND ARTICLES IN YOUR INBOXPrint
A
A
Home | Mises Library | Roman Law: From Laissez-Faire to Statism

Roman Law: From Laissez-Faire to Statism 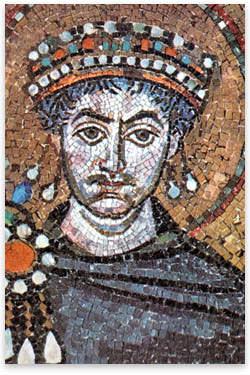 [An Austrian Perspective on the History of Economic Thought (1995)]

One of the most powerful influences in the legal and political thought and institutions of the Christian West during the Middle Ages was the Roman law, derived from the republic and empire of ancient Rome. Roman law classically developed in the 1st to the 3rd centuries AD. Private law developed the theory of the absolute right of private property and of freedom of trade and contract. While Roman public law theoretically allowed state interference in the life of the citizen, there was little such interference in the late republic and early empire.

Private-property rights and laissez-faire were therefore the fundamental heritage of the Roman law to later centuries, and much of it was adopted by countries of the Christian West. Though the Roman Empire collapsed in the 4th and 5th centuries, its legal heritage continued, as embodied in two great collections of the Roman law: influential in the West, the Theodosian Code, promulgated by the Emperor Theodosius in 438 AD, and, in the East, the great four-volume Corpus Juris Civilis, promulgated by the Byzantine Christian Emperor Justinian in the 530s.

Both collections emphasized strongly that the "just" price (justum pretium) was simply any price arrived at by free and voluntary bargaining between buyer and seller. Each man has the right to do what he wants with his property, and therefore has the right to make contracts to give away, buy, or sell such property; hence, whatever price is freely arrived at is "just."

Thus in the Corpus, several leading Roman jurists of the 3rd century quoted the early 2nd century jurist Pomponius in a classic expression of the morality of laissez-faire: "In buying and selling natural law permits the one party to buy for less and the other to sell for more than the thing is worth; thus each party is allowed to outwit the other"; and "it is naturally permitted to parties to circumvent each other in the price of buying and selling." The only problem here is the odd phrase, "the thing is worth," which assumes that there is some value other than free bargaining that expresses some "true worth," a phrase that would prove to be an unfortunate harbinger of the future.

More specifically, the Theodosian Code was crystal clear: any price set by free and voluntary bargaining is just and legitimate, the only exception being a contract made by children. Force or fraud, as infringements on property rights, were of course considered illegal. The code held explicitly that ignorance of the value of a good by either buyer or seller was insufficient ground for authorities to step in and rescind the voluntarily agreed contract.

The Theodosian Code was carried forward in western Europe, e.g., the Visigothic law set forth in the 6th and 7th centuries, and the Bavarian law of the early 8th century. Bavarian law added the explicit provision that a buyer may not rescind a sale because he later decides that the agreed price was too high. This laissez-faire aspect of the Theodosian Code later became incorporated into Christian canon law by being included in the collection of "capitularies" (decrees) by St. Benedictus Diaconus in the 9th century AD.

While the Justinian Corpus, promulgated in the East, was equally devoted to laissez-faire, it included a minor element that was later to grow and justify attacks upon free bargaining. As part of the Justinian discussion of how courts can appraise property for payment of damages, the code mentioned that if a seller has sold his property for less than half "the just price," then he suffers "great loss" (laesio enormis), and the seller is then entitled either to get back the difference between the original price and the just price from the buyer, or else get his property back at that original price. This clause was apparently meant only to apply to real estate and to compensations for damages, where authorities must somehow assess the "true" price, and it had no influence on the laws of the next centuries. But it was to yield unfortunate effects in the future.

This article is excerpted from An Austrian Perspective on the History of Economic Thought, chapter 2.1, "The Roman Law: Property Rights and Laissez-Faire" volume 1 (1995).