The "Rights" of Animals | Mises Institute
Skip to main content

The "Rights" of Animals 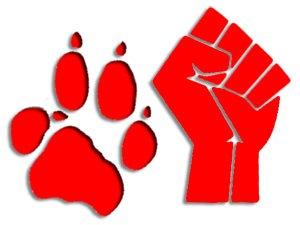 [This article is taken from chapter 21 of The Ethics of Liberty. Listen to this article in MP3, read by Jeff Riggenbach. The entire book is being prepared for podcast and download.]

It has lately become a growing fashion to extend the concept of rights from human beings to animals, and to assert that since animals have the full rights of humans, it is therefore impermissible — i.e., that no man has the right — to kill or eat them.

There are, of course, many difficulties with this position, including arriving at some criterion of which animals or living beings to include in the sphere of rights and which to leave out.

(There are not many theorists, for example, who would go so far as Albert Schweitzer and deny the right of anyone to step on a cockroach. And, if the theory were extended further from conscious living beings to all living beings, such as bacteria or plants, the human race would rather quickly die out.)

But the fundamental flaw in the theory of animal rights is more basic and far-reaching.1 For the assertion of human rights is not properly a simple emotive one; individuals possess rights not because we "feel" that they should, but because of a rational inquiry into the nature of man and the universe. In short, man has rights because they are natural rights. They are grounded in the nature of man: the individual man's capacity for conscious choice, the necessity for him to use his mind and energy to adopt goals and values, to find out about the world, to pursue his ends in order to survive and prosper, his capacity and need to communicate and interact with other human beings and to participate in the division of labor. In short, man is a rational and social animal. No other animals or beings possess this ability to reason, to make conscious choices, to transform their environment in order to prosper, or to collaborate consciously in society and the division of labor.

Thus, while natural rights, as we have been emphasizing, are absolute, there is one sense in which they are relative: they are relative to the species man. A rights-ethic for mankind is precisely that: for all men, regardless of race, creed, color, or sex, but for the species man alone. The Biblical story was insightful to the effect that man was "given" — or, in natural law, we may say "has" — dominion over all the species of the earth. Natural law is necessarily species-bound.

That the concept of a species ethic is part of the nature of the world may be seen, moreover, by contemplating the activities of other species in nature. It is more than a jest to point out that animals, after all, don't respect the "rights" of other animals; it is the condition of the world, and of all natural species, that they live by eating other species. Inter-species survival is a matter of tooth and claw. It would surely be absurd to say that the wolf is "evil" because he exists by devouring and "aggressing against" lambs, chickens, etc. The wolf is not an evil being who "aggresses against" other species; he is simply following the natural law of his own survival. Similarly for man. It is just as absurd to say that men "aggress against" cows and wolves as to say that wolves "aggress against" sheep. If, furthermore, a wolf attacks a man and the man kills him, it would be absurd to say either that the wolf was an "evil aggressor" or that the wolf was being "punished" for his "crime." And yet such would be the implications of extending a natural-rights ethic to animals. Any concept of rights, of criminality, of aggression, can only apply to actions of one man or group of men against other human beings.

What of the "Martian" problem? If we should ever discover and make contact with beings from other planets, could they be said to have the rights of human beings? It would depend on their nature. If our hypothetical "Martians" were like human beings — conscious, rational, able to communicate with us and participate in the division of labor — then presumably they too would possess the rights now confined to "earthbound" humans.2

But suppose, on the other hand, that the Martians also had the characteristics, the nature, of the legendary vampire, and could only exist by feeding on human blood. In that case, regardless of their intelligence, the Martians would be our deadly enemy and we could not consider that they were entitled to the rights of humanity. Deadly enemy, again, not because they were wicked aggressors, but because of the needs and requirements of their nature, which would clash ineluctably with ours.

There is, in fact, rough justice in the common quip that "we will recognize the rights of animals whenever they petition for them." The fact that animals can obviously not petition for their "rights" is part of their nature, and part of the reason why they are clearly not equivalent to, and do not possess the rights of, human beings.3 And if it be protested that babies can't petition either, the reply of course is that babies are future human adults, whereas animals obviously are not.4