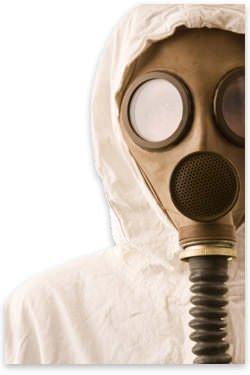 The crisis was that there was no crisis.

The patents that Bruce Ivins held with his coinventors were never going to make him any real money or give him the star attention he deserved, unless the Army became convinced that his "next-generation" anthrax vaccine had to be given to millions of servicemen — without delay.

But the Army wasn't paying attention to anthrax any longer.

Yes, a spike of fear in the early 1980s over the Soviet anthrax deaths at Sverdlovsk, and then a greater panic in 1990–91 over the suspicion that Saddam Hussein might use anthrax in the First Gulf War, had worked well in making Ivins a star microbiologist. Yes, his salary had risen from $27,000 in 1980 to $59,000 right after 1991. But those incomes were pittances compared to the $150,000 each year that he could have received from steady patent royalties — and compared to the glorious psychic rewards of being at the very epicenter of a critical military-science project — if only the Army would demand his vaccine.

How can a man do what Ivins so deliberately did? This was not insider trading for profit; this was murder for power. In The Road to Serfdom, F.A. Hayek explains that a shift in a man's moral fiber occurs when a state becomes supernationalistic, an enemy such as terrorism is created, and a scientist is employed in a military project. That certainly describes the United States by 2001 and Bruce Ivins in Fort Detrick, Maryland, employed by USAMRIID (the United States Army Medical Research Institute of Infectious Diseases).

Where a few specific ends dominate the whole of society, it is inevitable that occasionally cruelty may become a duty; that acts which revolt all our feeling, such as the shooting of hostages or the killing of the old and sick, should be treated as mere matters of expediency. … There is always in the eyes of the collectivist a greater goal which these acts serve and which to him justifies them because the pursuit of the common end of society can know no limits in any rights or values of any individual.

Information which might suggest failure on the part of the government to live up to its promises or to take advantage of opportunities to improve conditions — all will be suppressed. There is consequently no field where the systematic control of information will not be practiced and uniformity of views not enforced. This applies even to fields apparently most remote from any political interests and particularly to all the sciences, even the most abstract.

Military authority had taken favorable notice of Ivins's penchant for obeisance. Bruce Ivins had the skill, the opportunity, and the motives to single-handedly produce the crisis he needed for fame and fortune. And the state had its own uses to make of his crisis.

Know that Ivins was not convicted; rather, he died by apparent suicide in 2008 before the FBI was able to formally charge him in the affair. In The Mirage Man: Bruce Ivins, the Anthrax Attacks, and America's Rush to War, David Willman presents the full circumstantial case against Bruce Edwards Ivins.

Details and evidence pile up page upon page. The obligatory dysfunctional family, homicidal thoughts, fixations on female colleagues, conservative facade, genuine scientific achievements, and cunning manipulative skills all played their roles in Bruce Ivins's unexamined life of 56 years and his close-to-perfect anthrax-letter crimes in 2001. This perpetrator had created a mirage that misled almost everyone he met.

The death and destruction, however, were no mirage. Ivins's manufactured crisis can be credited with murder, the Patriot Act, and war with Iraq. Five people were killed by inhalation of anthrax from Ivins's anthrax letters. Seventeen additional people were infected.

Senator Tom Daschle in the Hart Building was spared, but he has acknowledged that the anthrax letters galvanized passage of the Patriot Act, which has been no friend to American civil liberties. Daschle has since referred to that act's passage in the aftermath of September 11 as an unfortunate "rush to judgment on policy."[1] However, Daschle voted for its passage when it came to a vote. The Patriot Act has since been found to have impeded advances in scientific knowledge about anthrax and Ebola.

Several factors helped manufacture America's rush to war in Iraq. Among them were (1) unsupported claims that anthrax had been used in 9/11, (2) Ivins's deliberate statements that bin Laden's terrorists had anthrax and sarin gas when they did not, (3) the inflammatory words photocopied in the anthrax letters, saying "THIS IS NEXT, TAKE PENACILIN NOW, DEATH TO AMERICA, DEATH TO ISRAEL, ALLAH IS GREAT," (4) Secretary of State Colin Powell's encouraging the public to make the connection between the letter attacks and Iraq, and (5) the Bush administration's amplification of fears of bioweapons and suggestions of Iraq's complicity.

The media ran with rumors that there was an additive, perhaps bentonite, to the anthrax spores that could prevent clumping. Such deliberate preparation, had it been true, would have lent credibility to the possibility that this anthrax had been weaponized and was the product of sophisticated terrorists. The newly created Homeland Security did make this false claim, and they disregarded data from Sandia National Lab that disproved it. Iraq's weapons of mass destruction were a myth, but war fever needs few facts. The Bush administration simply believed that the anthrax letters were linked to Iraq.

Deaths have mounted. More than 100,000 Iraqi civilians and more than 5,000 Americans have been killed so far since the US invasion and occupation of Iraq.

Costs have mounted: $1.5 billion each year was authorized to build a dozen biocontainment labs. VaxGen began developing Ivins's anthrax vaccine by the spring of 2002. They won two contracts totaling $101.2 million to begin making it. By 2003, they had an exclusive worldwide right from the US Army to develop, manufacture, and sell the vaccine for which Ivins held two patents. From 1998 through to mid-2010, anthrax vaccine was given to 2.4 million US service personnel. Ivins did not live long enough, nor innocently enough, to collect on his desired $150,000 yearly royalty share, but he did receive a few patent-related fees that totaled $12,100 through VaxGen. And 11,457 scientists were licensed to be working on these biological agents by 2010, so high revenues could have been expected.

Senior FBI officials, working within the greater project of an unquestioned government response to an enemy, fixated on one innocent suspect, Steven Hatfill. They consequently destroyed Hatfill's career. Eventually, they had to pay him a $5.82 million settlement, but they admitted to no error.

It was not until the spring of 2008 that Bruce Ivins was finally seen as the guilty scientist. Genetics, DNA, and signature mutations of the spores led less fixated investigators to the one man who had the skill, the opportunity, and the motive for these murders. Ivins sought to implicate seven of his own colleagues, but ultimately the FBI concluded that it was solely Bruce Ivins who was responsible for the anthrax attacks.

Whatever the substance and legal outcome of an Ivins trial would have been (they are imagined in Willman's appendix), it is obvious that Ivins did not operate in a vacuum. If this FBI version of events does not stand up under close scrutiny over time, there could be other versions. The anthrax-letter attacks presented too many with too much opportunity to further other, larger aims.

A crisis really is too good an opportunity for collectivists to waste.

In his interview with the author on February 23, 2010, Tom Daschle acknowledged the influence of the anthrax letters, and how the attacks affected passage of the Patriot Act and the later resolution to authorize war. The combination of September 11 and the anthrax attacks, Daschle said, led to a regrettable "rush to judgment on policy."  He added, "It didn't take long for the president and others to segue into an Iraqi connection with 9/11. And the the anthrax attacks talked about 'Allah.'"