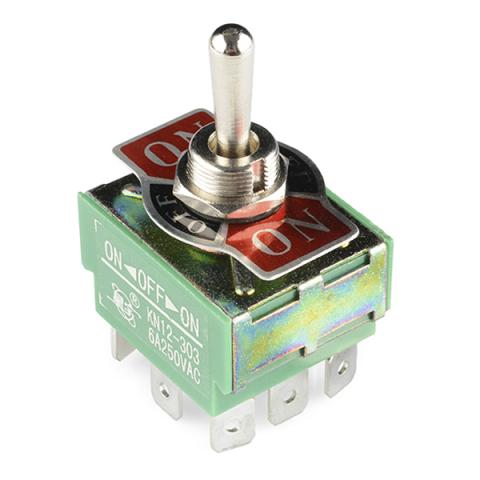 01/24/2003Robert P. Murphy
Largely confined to the outer fringe of "scientific" economics, Austrians have to jump with glee at any mention—positive or negative—that their theories receive in mainstream journals. It is with this attitude that I examine Paul Samuelson's article in The Quarterly Journal of Economics entitled "A Summing Up."

This article contains Samuelson's comments on the intense debate over capital and interest theory that had raged between the "two Cambridges" (UK and US). In this celebrated debate, the neoclassicals defended the orthodox treatment of interest as a return to the marginal productivity of capital.

The so-called neo-Ricardians, on the other hand, insisted that interest was not determined by supply and demand, but rather by the technological conditions of production and by the distribution of income. In particular, the neo-Ricardians challenged the implicit neoclassical apology for interest payments as a factor return no different from the wages received by productive laborers. The neo-Ricardians believed, in contrast to this view, that the flow of interest to capitalists served no social purpose whatsoever, and constituted exploitation of the working class.

But of what relevance is this debate to Austrians? In the first place, it shows the role for an Austrian theory of interest, one that does not attribute interest payments to the marginal productivity of capital goods. As Israel Kirzner explains:

For Mises's pure time preference theory…capital productivity is neither a necessary nor a sufficient cause for interest. Interest is seen not as the value of any additional product but as expressing the difference between the valuations of a given prospective receipt by a consumer, made at different earlier dates. So Mises's theory of interest cannot possibly incur Cantabrigian wrath on account of its identifying interest with additionally produced product. (Kirzner p. 6)

Thus, to the extent that the neoclassical defense of interest (against charges of exploitation) may rest on a faulty theory of interest, it is up to Austrians to provide a more accurate scientific description on which one may base a moral argument.

Besides these broader issues, Samuelson's article is more directly relevant to Austrians because he believes his arguments concerning "reswitching" constitute a serious challenge to their views. As Samuelson puts it in his opening paragraph:

The phenomenon of switching back at a very low interest rate to a set of techniques that had seemed viable only at a very high interest rate involves more than esoteric technicalities. It shows that the simple tale told by Jevons, Böhm-Bawerk, Wicksell, and other neoclassical writers—alleging that, as the interest rate falls in consequence of abstention from present consumption in favor of future, technology must become in some sense more "roundabout," more "mechanized," and "more productive"—cannot be universally valid.

As with the socialist calculation debate, the historians of thought seem to agree with Samuelson's judgment against the Austrians. For example, Mark Blaug writes that the possibility of reswitching proved the "final nail in the coffin" for Austrian capital theory. Yet as we shall see below, this is a completely unfounded assertion.

Suppose there are only two techniques for producing one unit of a certain good. Technique A requires 0 units of labor input the first period, 7 units of input in the second period, and 0 units in the third period. After this time, one unit of output is produced. (We can interpret the last period, which requires no additional input, as waiting for the unfinished capital good to "ripen" into the output good.)

Technique B, on the other hand, requires 2 units of labor input in the first period, 0 units in the second period, and 6 units in the third period. After these are applied, one unit of output is produced.

This example of reswitching shows that, in general, it is not possible to rank production processes in terms of their "roundaboutness" or capital intensity from a purely physical viewpoint. For example, if the interest rate were initially 110 percent, entrepreneurs would employ technique A (so long as it were still profitable to sell the output good at all).

Now if the interest rate dropped to 75 percent, entrepreneurs would switch to technique B, since it would then be the cheaper method of production. From a Böhm-Bawerkian viewpoint, one might be tempted to say that this proves technique B is more roundabout, and that the labor inputs are invested in it for a longer time than in the rival technique.

But this conclusion is premature, since a further reduction in the interest rate, to 20 percent say, would cause technique A to once again become more profitable. We thus see that it is impossible to judge which technique is more capital intensive, without first knowing the interest rate.

This is quite similar to the more general observation, that in a world of heterogeneous capital goods, it is impossible to define a quantity of aggregate capital without resorting to a simple summation of money prices (which in turn depend on the interest rate).

Are the Austrians Wrong?

In the above section we demonstrated that the possibility of reswitching shows that some of the arguments used by Böhm-Bawerk (and possibly Hayek) concerning the effects of saving on capital accumulation are not entirely correct. To the extent that some of their arguments (perhaps implicitly) assumed that any two structures of production could be ranked in degrees of physical roundaboutness, they were wrong.

But does this mean that the conclusions of Austrian capital and interest theory are incorrect? Not at all! What Samuelson has done is simply invent a fictitious world in which there are only two ways of producing a particular good. And yes, in such a world, as Samuelson gleefully points out, "It is no longer literally true to say, 'Society moves from high interest rates to low by sacrificing current consumption goods in return for more consumption later…'"

But did Böhm-Bawerk or Hayek ever argue, "It is logically impossible for our conclusions to be wrong"? Of course not! In response to numerous objections, Böhm-Bawerk clarified that his "thesis states that a wisely chosen selection or extension of a roundabout way of production generally results in greater productivity, that is, in more or better goods with the expenditure of the same production factors" (II, p. 2).

To look at it another way, all Böhm-Bawerk is really saying is this: If you give the entrepreneur more time to produce a given output, he can generally do it with fewer inputs of labor and raw materials. Or we could put it this way: If you give the entrepreneur the same amount of labor and raw materials, he can produce a greater output the more time he is given to work with.

More generally, the basic Austrian vision of the effects of saving can be summed up like so: If individuals are willing to sacrifice consumption goods (on the margin) now, this allows the creation of more tools, machines, factories, etc. than would have existed otherwise. This in turn renders labor more productive, so that after the new capital goods are produced and have been integrated into the economy, average output (and hence consumption) is higher than it would have been without the increased saving. Böhm-Bawerk felt that this story was accurate, because at any given time there are more technically efficient but very time-consuming processes "on the shelf" that are unprofitable at the market rate of interest, but would become profitable at lower rates.

Does Samuelson's model cast doubt upon this? That is, does Samuelson feel that in the real world—as opposed to the one with only two techniques of production—the "simple tale" as told by Böhm-Bawerk and others is wrong?

No, actually he doesn't. After showing how his hypothetical technology would allow for a drop in the interest rate to cause a lower capital stock and lower steady-state consumption, Samuelson says:

Whether it is empirically rare for this to happen is not an easy question to answer. My suspicion is that a modern mixed economy has so many alternative techniques that it can, so to speak, use time usefully, but will run out of new equally profitable uses and is likely to operate on a curve of "diminishing returns"…

In other words, after demonstrating the logical possibility of a world in which Böhm-Bawerk et al. are wrong, Samuelson admits that when it comes to the real world, his own suspicion is that these writers are exactly correct.

Often someone will assume that others are thinking about a problem in the same way that he himself does. Samuelson's article in fact represents a concession, because he had earlier claimed that reswitching was literally impossible. (He had been assuming "Cobb-Douglas" production functions and didn't realize it.)

Thus, after realizing his error, Samuelson proudly showed the economics profession that reswitching was a logical possibility after all, and gave an example with nice round numbers to prove it.

But Samuelson was quite wrong when he thought his discovery in any way contradicted Austrian theory. Contra Samuelson, no Austrian ever claimed that reswitching was mathematically impossible. Indeed, Austrians do not normally think in those terms at all, except when forced to in response to mainstream challenges. (Samuelson realized as much when he criticized Böhm-Bawerk for clinging to "the archaic nineteenth century notion that a quasi-mathematical formulation fails to come to grips with the true essence and causality of an economic problem.")

In conclusion, the possibility of technique reswitching underscores the great danger of basing economic propositions on purely physical facts, rather than subjective value judgments. To the extent that much of Böhm-Bawerk's analysis rested on such an approach, it is therefore suspect. Nonetheless, the basic conclusions of Austrian capital and interest theory survive Samuelson's critiques, largely because Samuelson misunderstood what the claims were.

* I would like to thank Alberto Bisin (NYU) for discussion on this topic. He is of the opinion—and from my limited perspective I agree—that reswitching and capital reversal pose no serious problems for neoclassical theory, any more than the possibility of a backward bending labor supply curve.