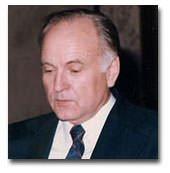 Good intentions, when guided by error and ignorance, may have undesirable consequences. There is no better example than minimum wage legislation.

It means to raise the wages and improve the living conditions of poor workers but actually condemns many to chronic unemployment. It forcefully raises the costs of unskilled and inexperienced labor and thereby lifts it right out of the labor market. Yet, many politicians who neither own nor manage a business and do not employ such labor never tire of lamenting and deploring low wages and promising to raise the wage minimum by law and regulation.

The official Federal minimum presently stands at $5.15 an hour; the actual minimum is much higher. No employer can overlook the mandated fringe benefits which he is forced to pay above the minimum. There are employer Social Security taxes, unemployment and workers' compensation levies, and paid holidays.

In some industries the workers' compensation levy alone may amount to more than one-half of the wages paid. And if the employer should carry his workers' health insurance costs, employment costs may be double the minimum rate. If eager members of Congress should be successful in raising the minimum by two or three dollars an hour, many young people may be condemned to permanent unemployment.

The rate of unemployment tends to be directly proportional to the excess of labor costs over productivity. In many European countries with official minimum wages of more than $10 an hour, the rate of unemployment is measured in double-digit rates although governments spend massive amounts on make-work projects. Some victims readily submit to their fate and endure a life of idleness and bare subsistence. Many learn to labor in black markets where goods are produced and services are rendered in violation of minimum wage edicts and other regulations and controls. But most victims are young people with little training and know-how who tend to react angrily and violently. Their rate of unemployment actually amounts to multiples of the official rate. And if society should be divided ethnically, youth training and productivity may be lower yet and its rate of unemployment may approach 100 percent. Such a labor situation is laden with anger and fury which not only breeds high crime rates but also, at any time, may turn to violence by mobs of unemployed youth. The recent riots of French youth clearly resembled the riots of unemployed Americans in Watts in 1965, in San Francisco in 1966, Detroit and Baltimore in 1967, Chicago and Cleveland in 1968, and in Los Angeles in 1992.

The situation is most dangerous and explosive in cities and states with state minimums even higher than those set by the Federal government. Minimum wage legislation had its beginning in states long before there was a New Deal that made the Federal government the primary labor legislator and regulator. State governments continue to lead the way in raising labor costs; state rates of unemployment tend to indicate the political strength of the minimum wage movement.

Few economists have the courage to point to labor legislation and regulation as the very cause of mass unemployment. A few who muster the courage may emphasize the infinite demand for labor but are ever mindful that its costs set limits to the demand. Few employers, if any, knowingly buy labor that costs more than it produces, just as few workers are likely to purchase consumer goods which, in their judgment, cost more than they are worth. Yet, economists who dare to point to labor legislation and regulation as important causes of mass unemployment are criticized, denounced, condemned, and vilified as callous and ruthless agents and spokesmen of greedy employers.

Politicians may draw applause and win an election with numerous wage promises and other assurances no matter how unrealistic they may be. Some politicians undoubtedly are Machiavellians who are fully aware of the evil consequences of such policies but continue to promise them in the hope of garnering the votes. They may point to new employment programs such as public works, neighborhood youth corps, job corps, and other benefit corps. Some politicians may be candid and sincere but cannot be reached with economic reasoning. They are utterly unaware of inexorable economic principles but very eloquent in all matters of politics and law. With their eyes glued on the wants and needs of workers and their families subsisting on minimum wages, they place their trust in economic laws and regulations and in the power of the police to enforce them.

To alleviate minimum-wage unemployment is to restore freedom in the labor market; it would permit the cost of labor to readjust to labor productivity and offer employment to every young man and woman willing and ready to work. A free labor market would welcome young people, which not only would exhort and restore the spirit of work but also improve labor skill and know-how. The labor productivity of American youth soon would rise and exceed the ominous minimum levels that presently condemn millions to idleness. Freedom has a thousand charms even in the labor market.