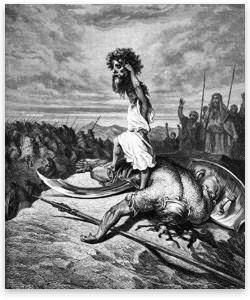 Every variety of tyranny rests upon the belief that some persons have a right — or even a duty — to impose their wills upon other people. Tyranny may be fastened upon others by the mere whim of one man, such as a king or dictator under various names. Or tyranny may be imposed upon a minority "for their own good" by a democratically elected majority. But in any case, tyranny is always a denial — or a misunderstanding — of the mandates of an authority or law higher than man himself.

Liberty rests upon the belief that all proper authority for man's relationships with his fellow men comes from a source higher than man — from the Creator. Liberty decrees that all men — subject and ruler alike — are bound by this higher authority which is above and beyond man-made law; that each person has a relation to his Maker with which no other person, not even the ruler, has any right to interfere. In order to make these conceptions effective for liberty, they must be deeply ingrained in the fundamental values of a people. That is to say, they must be part of the popular religion. There was one people of antiquity for whom this was true, the people who gave us our Old Testament. It was among the ancient Israelites that the conviction took hold and emerged into practice that there was a God of righteousness whose judgments applied even to rulers.

The science of archaeology has unearthed some spectacular ruins in Egypt, in Babylonia, in Crete and in Greece. All over the Middle East, patient researchers have turned up monuments and vainglorious inscriptions carved into rock or pressed into clay at the behest of proud kings. Except in Palestine! There has been nothing brought to light in Palestine comparable to the monuments extolling the vain kings of Egypt.

An authority states that there is not a single royal inscription from any of the Bible kings. The Prophets saw to that! No boastful king in ancient Israel would have presumed to leave an inscription dedicated to his own glory, much as he felt he deserved such. The Prophets would have quickly put such a king in his place, and popular resentment would have run high against such inflation of human pride.

In Greece and Rome there were men noted as great lawgivers: Lycurgus, Solon, Justinian and others. In other countries there were royal decrees by the thousands. A law would be promulgated with some such words as, "I, the King, command…." In Egypt and in Babylon, even as in Greece and Rome, authority for a law stemmed from a man, the ruler. But in Palestine the situation was different.

In Biblical literature there is not a single law emanating from kings or other secular authority which was recorded and preserved as permanently valid. Nor have archaeologists in Palestine unearthed royal decrees inscribed on clay tablets or graven on rock.

Now, no people live together without conforming to a commonly accepted code, and without having recourse at times to law. The people of ancient Palestine lived under authority, not in a condition of anarchy. If the king was not the source of their law, there must have been another and higher source. There is no doubt as to what their authority was: they looked to God as the source of their law.

"And ye shall keep my statutes and do them: I am the Lord" (Lev. 20:8). "Thus saith the Lord: Execute ye judgment and righteousness, and deliver the spoiled out of the hand of the oppressor; and do no wrong, do no violence to the stranger, the fatherless, nor the widow" (Jer. 22:3).

This is the system of law, laid down in the Scriptures, expanded and interpreted by human reason, of' which the Psalmist said, "[H]is delight is in the law of the Lord; and in his law doth he meditate day and night" (Ps. 1:2).

Nearly every man was learned in this law, and also deeply involved in the religious relation to God in which the law was rooted — and liberty was a precious by-product of these conditions. Establish these conditions — that is, widely held religious values in which God is regarded as the source of authority and justice, superior to any earthly power — and they provide a firm foundation for political liberty.

In these circumstances there is a continuous check to tyranny, should any such attempt to raise its head. Neglect these conditions, and liberty has no roots. It is like a cut flower which has no vitality in itself and does not last beyond the life it derived from the plant. The way is prepared for tyranny.

This is not to say that there are no economic and political problems peculiar to liberty itself, nor that liberty is not at times impaired by ignorance among a people whose religious values are intact. It is to stress the importance of maintaining the things on which liberty depends — and these are the things of religion. This foundation must be sound, but the structure erected on it must be sound, too.

Collectivist regimes, in the nature of things, must be profoundly irreligious, even to the extent of pressing a corrupted religion into service to shore up tyranny. Genuine religious experience entails the recognition of an inviolable essence in men, the human soul. It inculcates a sense of the worth and dignity of the person and breeds resistance to efforts to submerge individuals in the mass.

Men whose personal experience convinces them that they are creatures of God will not become willing creatures of the state, nor attempt to make creatures of other men. For them, God is the Lord, whose service is perfect freedom; and Caesar is the ruler, whom to serve is bondage.

It was upon such a faith that this country was founded. Those who migrated to these shores in the early days did not always see the full implications of their beliefs, and sometimes acted contrary to them. But in the end those beliefs prevailed, and they are recognizable in American institutions.

I know it has been fashionable of late to depreciate the motives of the men who made the early settlements on American shores, but I am convinced that the judgment made by Alexis de Tocqueville 120 years ago is nearer the truth. Writing of the men who established Plymouth colony, de Tocqueville said, "[I]t was a purely intellectual craving that called them from the comforts of their former homes; and in facing the inevitable sufferings of exile their object was the triumph of an idea."

This idea was one which had been spreading in England since even before the Reformation, but it bears more directly upon the time when the English people had, for the first time, the Bible in their own tongue. The idea of a new commonwealth, fired by reading in the Old Testament of the people of the covenant, launched in America what de Tocqueville described as "a democracy more perfect than antiquity had dared dream of."

The first minister of the church in Boston in 1630 was John Cotton. Cotton Mather wrote of him, that he "propounded unto them an endeavor after a theocracy, as near as might be, to that which was the glory of Israel, the 'peculiar people.'" The Puritan regime, taken by itself, was pretty rigorous. But it matured, and in its maturity received an infusion from something radically different — the rationalism of the Enlightenment.

The Enlightenment by itself in France ran its course and became its own caricature. It teamed up with a revolution at the end of which was Napoleon. But in America the seemingly diverse elements fused. Here, we conceived the idea of a limited government under a written constitution; the idea of a separation of powers in the federal government and a retention of sovereignty in important spheres by the individual states; the concept of the immunity of persons from arbitrary encroachment by government.

An experiment based on those principles was launched on these shores less than two centuries ago. It was the result of a conscious effort to forge an instrumentality of government in conformity with the higher law, based on the widely held conviction that God is the author of liberty.

Our political liberties were not born in a vacuum, but among a people who had a sense of their unique destiny under God. Our religious foundation has been alluded to in a Supreme Court decision (1892, 143 U.S. 457):

[T]his is a religious people. This is historically true. From the discovery of this continent to the present hour, there is a single voice making this affirmation.

So long as men accepted the basic affirmations of religion — that there is a God of all people with whom each individual has a personal relationship — our liberties were basically secure. Whenever there was a breach in them, we possessed a principle by which we could discover and repair the breach. But when there ceases to be a constant recurrence to fundamental principles, our political freedom is placed in jeopardy. Political liberty is not self-sustained; it rests upon a religious base. 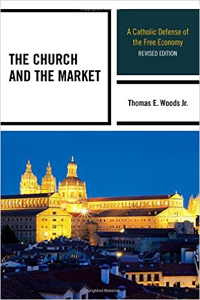 All men desire to be free, and the will to be free is perpetually renewed in each individual who uses his faculties and affirms his manhood. But the mere desire to be free has never saved any people who did not know and establish the things on which freedom depends — and these are the things of religion. The God-concept, when cherished in the values of a people, is the universal solvent of tyranny, for, as Job said, "He looseth the bond of kings" (Job 12:18).

Many "monuments for posterity" are being built today in our country. Are they mostly dedicated to man and his vain decrees, or to the Creator of man and the higher law? The future of our civilization rests on the answer to the spirit of that question.

This article was originally published as "Religious Roots of Liberty" in The Freeman, February 1955.

The Rev. Edmund A. Opitz was a Congregationalist minister who for decades championed the cause of a free society and the need to anchor that society in a transcendent morality. For 37 years, he was a senior staff member and resident theologian at the Foundation for Economic Education. In the early 1950s, he had been part of Spiritual Mobilization, an organization that published the magazine Faith and Freedom, for which Murray Rothbard and Henry Hazlitt often wrote. It was sent to over 20,000 ministers. While at FEE, he started a small organization called the Remnant, a fellowship of conservative and libertarian ministers, using the main theme of a reprinted essay that FEE published, written by Albert Jay Nock in 1937, "Isaiah's Job."