The Relation of Cost to Value 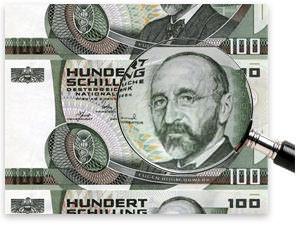 Tags History of the Austrian School of EconomicsPricesSubjectivismValue and Exchange

[This is an excerpt from an essay that was originally published in the Annals of the American Academy of Political and Social Science, volume 1 (1891).]

The question of the relation of cost to value is properly only a concrete form of a much more general question — the question of the regular relations between the values of such goods as in causal interdependence contribute to one and the same utility for our well-being.

The utility furnished by a quantity of materials from which a coat can be produced is apparently identical with the utility that the completed coat will furnish. It is thus obvious that goods or groups of goods that derive their importance to our welfare through the medium of one and the same utility must also stand in some fixed, regular relation to one another in respect to their value.

The question of this regular relation was first put into clear and comprehensive form by the Austrian economists; it had previously been treated only in a very unsatisfactory manner under the heading of cost of production. There is, however, a corollary to this general and important proposition that is not less important and interesting, but that has hitherto never received the modest degree of attention in economic theory that has been bestowed upon the problem of cost.

Very commonly, several goods combine simultaneously to the production of one common utility; for example, paper, pen, and ink serve together for writing; needle and thread for sewing; farming utensils, seed, land, and labor for the production of grain. Menger has called goods that stand in such relation to one another complementary goods. Here rises the question, as natural as it is difficult: How much of the common utility is in such cases to be attributed to each of the cooperative complementary factors? And what law determines the proportionate value and price of each?

The fate of this problem hitherto has been very remarkable. The older theory did not rank it as a general problem at all but was nevertheless compelled to decide a series of concrete cases that depended implicitly upon that problem. The question of the distribution of property especially gave occasion for such decisions. Since several factors of production — soil, capital, hired labor, and labor of the employer himself — cooperate in the production of a common product, the question as to what share of value shall be assigned to each of the factors, in compensation for its assistance, is obviously a special case of the general problem.

Now, how were these concrete cases decided? Each one was decided by itself without regard to the others, and hence, eventually, they formed a complete circle. The process was as follows: if rent was to be explained, it was decided that to the soil belonged the remainder of the product after the payment of cost of production, under that term was included the compensation of all the other factors — capital, labor, and profit of manager.

Here the function of all the other factors was regarded as fixed or known, and the soil was put off with a remainder varying according to the quantity of the product. If then it was necessary in another chapter to determine the profits of the entrepreneur, it was decided again that to him should be given the overplus left after all the other factors were compensated. In this case the share of the soil, the rent, was reckoned along with labor, capital, etc., as fixed, and the entrepreneur's profit was treated as the variable, rising and falling with the quantity of the product.

In just the same manner the share of capital was treated in a third chapter. The capitalist, says Ricardo, receives what is left from the product after the payment of wages. And as if to satirize all these classical dogmas, last of all, Mr. F.A. Walker has completed the circle by stating that the laborer receives what is left over from all the other factors.

It is easy to see that these statements lead in a circle, and to see, also, why they so lead. The reasoners have simply neglected to state the problem in a general form. They had several unknown quantities to determine, and instead of taking the bull by the horns and straightway inquiring after the general principle, according to which a common economic result should be divided into its component factors, they tried to avoid the fundamental question — that of the general principle. They divided up the investigation, and in this partial investigation allowed themselves each time to treat as unknown that one of the unknown quantities that formed the special object of the investigation — but to treat the others, for the time being, as if known. They thus shut their eyes to the fact that a few pages earlier — or later — they had reversed the operation and had treated the supposed known quantity as unknown, and the unknown as known.

After the classical school came the historical. As often happens, they took the attitude of skeptical superiority and declared altogether insoluble the problem that they were unable to solve. They thought it to be in general impossible to say, for example, what percent of the value of a statue is due to the sculptor and what percent to the marble.

Now if the problem be but rightly put — that is, if we wish to separate the economic and not the physical shares, the problem becomes soluble. It is actually solved in practice in all rational enterprises by every agriculturalist or manufacturer. Theory has nothing to do but to rightly and carefully hold up the mirror to practice in order, in turn, to find the theoretical solution.

To this end, the theory of final utility helps in the simplest way. It is the old song again. Only observe correctly what the final utility of each complementary factor is, or what utility the presence or absence of the complementary factor would add or subtract, and the calm pursuit of such inquiry will of itself bring to light the solution of the supposed insoluble problem.

The Austrians made the first earnest attempt in this direction. Menger and the author of this paper have treated the question under the heading Theorie der komplementaren Guter; Wieser has treated the same subject under the title Theorie der Zurechnung (theory of contribution). The latter, especially, has in an admirable manner shown how the problem should be put, and that it can be solved. Menger has, in the happiest manner, as it seems to me, pointed out the method of solution.1

By means of the former, the meshes of the complicated network represented by the mutual-value relations of the cooperating factors are disentangled, so to speak, in their length and breadth; by the latter in their depth; but both processes occur within the all-embracing law of final utility, of which both laws are only special applications to special problems.2

Thus prepared, the Austrian economists finally proceed to the problems of distribution. These resolve themselves into a series of special applications of the general theoretical laws, the knowledge of which was obtained by a tedious, but scarcely unfruitful, work of preparation. Land, labor, and capital are complementary factors of production. Their price, or what is the same thing, rate of rent, wages, and interest, results simply from a combination of the laws that govern the value of the materials of production, on the one hand, with the laws of complementary goods on the other hand.

The particular views of the Austrians on these subjects, I will here omit. I could not, if I would, give in this paper any proper statement of their conclusions, still less a demonstration of them; I must content myself with giving a passing view of the matters with which they are busied, and, where it is possible, of the spirit in which they work. I only briefly remark, therefore, that they have set forth a new and comprehensive theory of capital3 into which they have woven a new theory of wages,4 besides repeatedly working out the problems of the entrepreneur's profits5 and of rent.6

In the light of the theory of final utility, the last-named problem in particular finds an easy and simple solution, which confirms Ricardo's theory in its actual results and corroborates its reasoning in many details.

Of course, all the possible applications of the law of final utility have by no means been made. It is more nearly true that they are scarcely begun. I may mention in passing that certain Austrian economists have attempted a broad application of the law in the field of finance;7 others to certain difficult and interesting questions of jurisprudence.8

This is an excerpt from an essay that was originally published in the Annals of the American Academy of Political and Social Science, volume 1 (1891).

Eugen von Böhm-Bawerk was a leading member of the Austrian School of economics. His major contributions were in the areas of capital and interest and helped pave the way for modern interest theory. His criticisms of Marx's economics and exploitation theory have not been refuted to this day.